Quick note
This is the third post in my Birding in New Zealand series. Like the others, it is meant as a permanent online reference, is very long and detailed, and will be archived in the International Birding Resources tab under the main banner heading. The other posts in the series are:
Post #153 - Birding in NZ, part 1: Background, preparation, logistics
Post #154 - Birding in NZ, part 2: Endemic birds and suggested South Island routes
Post #156 - Birding in NZ, part 4: Kaikoura and pelagics 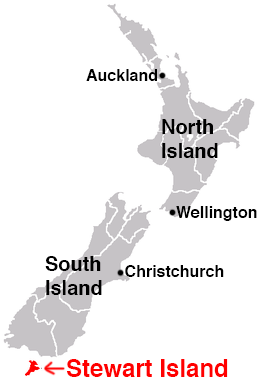 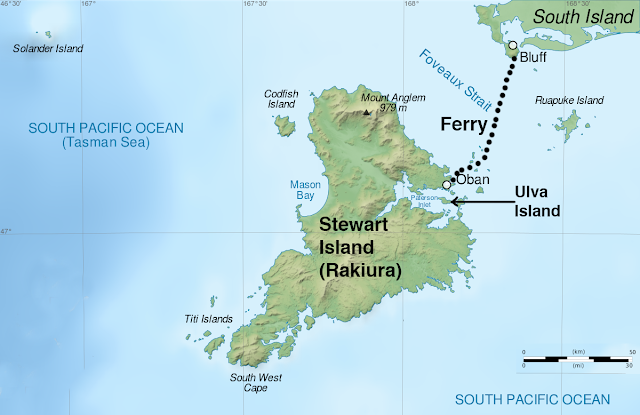 Getting there
There are two ways to reach Stewart Island: ferry and plane, both from Bluff. Neither is cheap, but the boat offers pelagic birding en route. I managed Buller's Albatross, White-capped Albatross, Northern Giant Petrel, Sooty Shearwater, and Common Diving-petrel on my crossings. Birding can be a bit challenging because the boat moves really fast. It can be a bit bouncy but most should survive the hour crossing. Book in advance but watch the weather as your crossing approaches. If the wind is forecast to strengthen through the day, you might want to jump on an earlier ferry if there's space. Ferries are cancelled with some frequency, and it would be a bummer to lose a day on the island if you can't make it out or be forced to scramble for lodging if you can't make it back.

Oban
Upon arriving, you'll disembark in the tiny municipality of Oban. There's not much to it, just two blocks of main street and a couple of satellite businesses. Everything you need is right there, so most people stay near the ferry terminal and walk everywhere. We splurged and stayed slightly out of town in an apartment that came with a car, a luxury that let us explore a bit farther afield. (http://www.stewartislandmotels.com/) There aren't but 20 (maybe?) miles of navigable road in/around Oban, so a bike is probably the best way to explore - assuming you're not carrying a ton of camera gear like me! The South Sea Hotel and associated restaurant/bar/patio is the center of activity, and the Church Hill Restaurant is apparently excellent. We, however, found the fish 'n chips at the Kai Kart so good that we ate there both nights (#healthylivingfail). 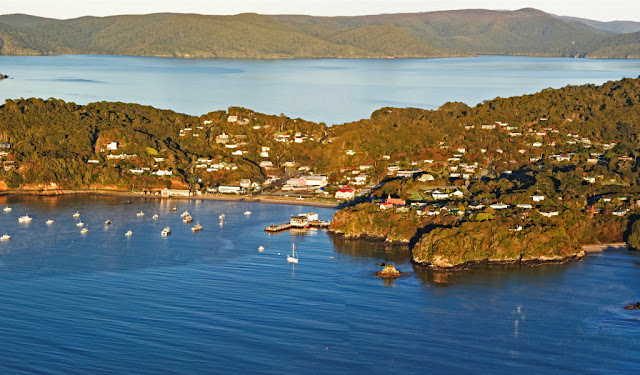 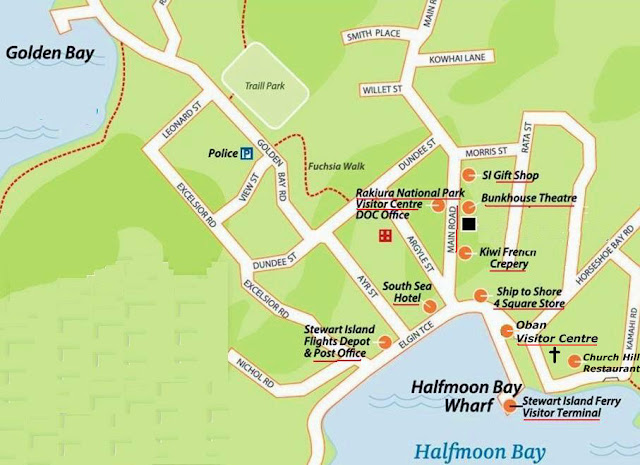 Things to do
Tourism is Oban's lifeline, and the locals have figured out how to keep visitors busy. Most of the activities are outdoor-oriented, and I will highlight those that will be of particular interest to birders. All the tour operators have offices on the main street, and Department of Conservation visitors center is really helpful if you have questions. Just walk in, they don't bite.

Ulva Island (eBird Hotspot)
Ulva is a tiny predator-free Island in Patterson Inlet (map below) where close views of some of New Zealand's rarer endemic birds are routine. New Zealand Kaka are everywhere, and you should find Yellowhead and South Island Saddleback with sufficient searching. Red- and Yellow-crowned Parakeets are also present, and you might get a daytime glimpse of Southern Brown Kiwi if you're really lucky! The flightless Weka (a large rail) is also present, so don't immediately assume a large brown bird running across the ground is a kiwi. Weka are very curious and will often approach you, particularly if you're eating lunch one of the Ulva's many secluded beaches. Other endemics we observed during our 3-hour walk included New Zealand Pigeon, Variable Oystercatcher, Foveaux Shag, Red-billed Gull, Tui, New Zealand Bellbird, Pipipi, New Zealand Fantail, and the super-tame New Zealand Robin. An incredible 14 of the 17 species we found were endemic! 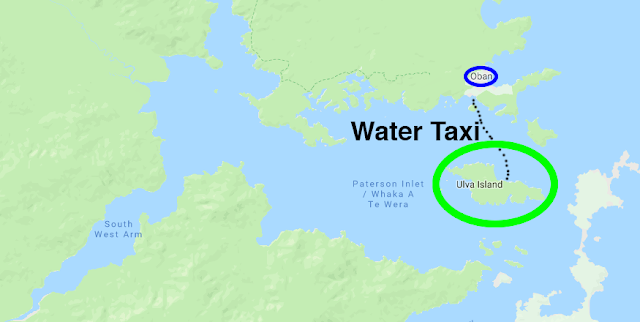 A number of guided walks are offered (individual and group), but Ulva's Guided Walks are a particularly good place to start. Many operators package a guided walk on Ulva with a pelagic trip and kiwi spotting (more on those in a bit) to maximize the Stewart experience, but it's possible to take a water taxi and wonder around Ulva on your own. The island is small  (~2 miles long, ~1 mile across) and the trails clearly marked, so getting lost in a non-issue. Lower tides are better as more of Ulva's beaches are exposed, but it's always cool. Go. It's awesome. Even more than the fish n' chips. 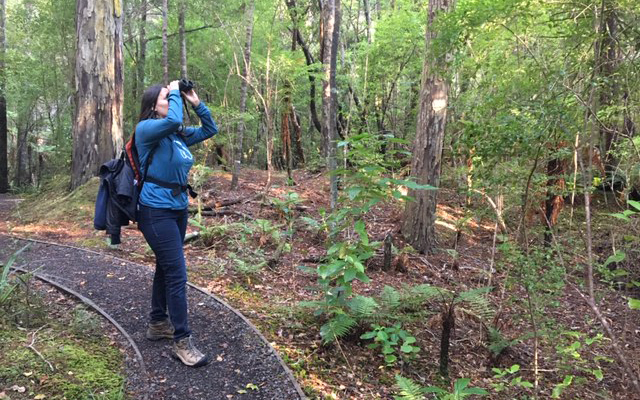 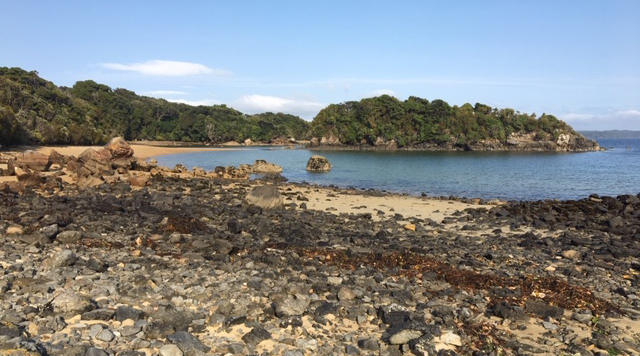 Pelagic trips
While it's possible to tick a few species on the ferry ride, undertaking a pelagic trip from Stewart/Oban is highly recommended. Most operators use small boats and get you right on top of the birds. There's no need to go very far, and most trips last just 3-4 hours. We went with Rakiura Charters and engineered a 'land & sea' excursion. They dropped us on Ulva at 9am, and we wandered around on our own until 12:30 when we boarded another boat heading directly out to the Muttonbird Islands (where 5 million Sooty Shearwaters nest) and pelagic grounds. It was super easy, and I strongly suggest coupling the two, especially if you have a good weather day to cram everything in. The list of pelagic possibilities is huge. Check out this eBird hotspot! 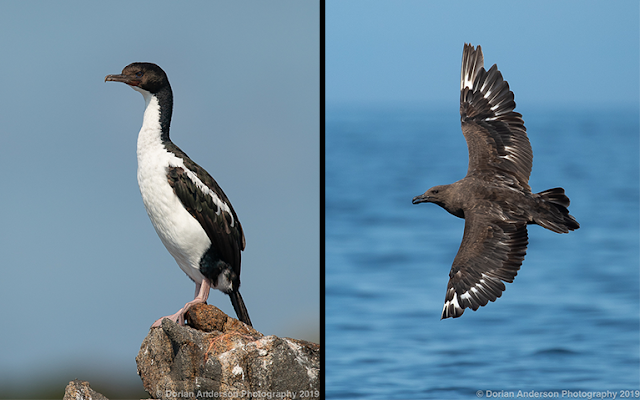 Endemic Yellow-eye Penguin from my pelagic. 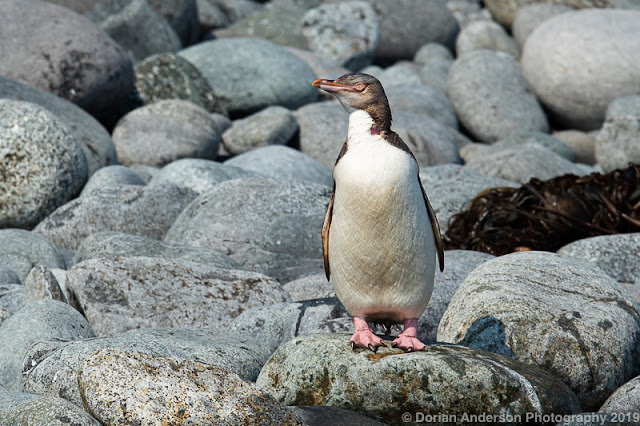 Most of the pelagics are 'on-demand' meaning they don't run every day. You need to contact the outfit and arrange a trip ahead of time. If there's a booking on the day you want to go, you'll join the existing reservation. If you initiate a new booking, know that a minimum charge of 3 people is usually needed to make the boat go. If you only have two, you'll have to absorb the the cost of a third person unless others join your reservation. If you go November to March, chance are you won't need to worry about having enough people. The cool thing is the boat is really small and only holds ~8 people. You get really close to the birds, especially if it's not windy and the albatrosses are sitting on the water as they were on my day out. I highly recommend Rakiura, but it's worth checking with Aihe or Aurora if Rakiura is booked or not running. 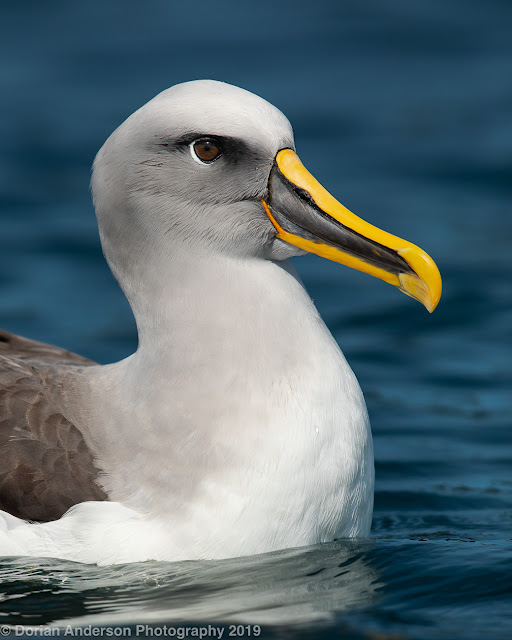 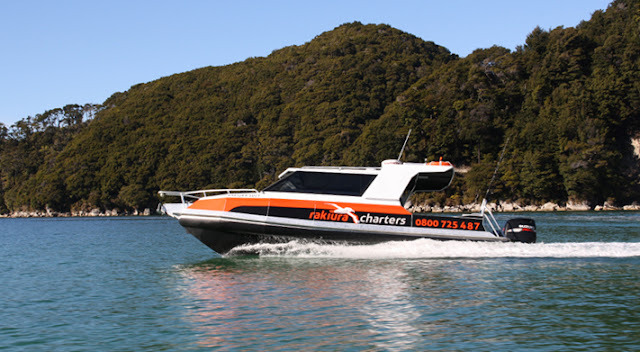 Kiwi Spotting
This is probably the most popular eco-activity on Stewart Island. The island has a healthy population of the Southern Brown Kiwis, and visitors should find the flightless feather-balls with a moderate amount of nocturnal dedication. We had two nights on Stewart - the intervening day for Ulva and Pelagic - so we decided we'd look for the birds on our own the first night; if we struck out, we'd pay to join a group on the second. The car allowed us a bit of flexibility, so we cruised some of the roads on the edge of town and found one bird along Horseshoe Cove Road. The bird was really mellow and foraged at out feet for a half-hour. It was pretty amazing!

Southern Brown Kiwi under red light (more on this below) 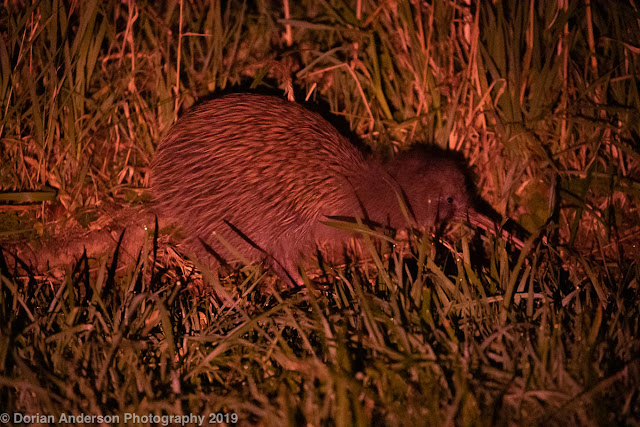 Beware of getting too close during mating season. The flightless birds possess Lebron James-like leaping ability, and territorial males have been known to jump up and peck people in the face. Short-statured adults and children under 12 should be fitted with protective safety glasses before embarking on any kiwi-spotting venture. Anyone taller than 42 inches should be fine. Still buying it? If yes, I should also tell you about how they use human fingers as chum on pelagic trips. But I digress. No more BS, I promise. 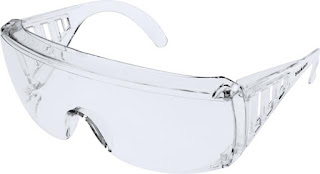 We found two more kiwis on the roadside right in front of our motel/apt on the second night. They are rather noisy as they stomp around and forage, and walking road in the dark and listening for rustling is very effective. You can find these guys just about anywhere, so it's mostly about putting in enough time. Our car helped us get out of town, but you need not venture much more than a mile from the ferry terminal to be in prime kiwi habitat. Traill Park in town is apparently a decent place to find the birds, so you can give that a try if nothing else. If looking for kiwis on your own sound futile, then contact Ulva's Guided Walks or Ruggedy Range and join one of their nighly outings. 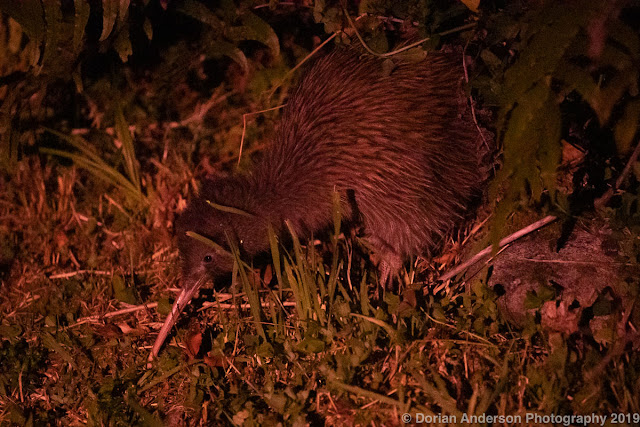 We used a red LED headlamp because white light can stress the birds and send them scampering into the brush. With it, we were able to walk right up to the birds once we spotted them.  If you only have a white light, stop into the Department of Conservation (DoC) building on the main street. They will furnish you with a piece of red cellophane you can use to filter a white flashlight. The cellophane is free, but you should return it DoC before you leave the island. This is true, despite my attempts to mess with you earlier! Stewart residents are used to people wandering the roads at night, but please be careful anyway.

Hiking
While most birders won't have the time or interest for serious hiking, I'll mention it in case anyone not obsessed with birds actually reads this blog. There are a number of short day hikes, and a 10-day loop of the entire north section of the island is possible. But that's only for the REALLY hardcore. More appealing might be the 32km, 3-day loop through the center of the island. The DoC maintains a series of huts with beds and kitchens along the track, so you need only carry a sleeping bag and food but not other backcountry camping clutter like ent, sleeping pad, pots, etc. This is a good place to start for general information about hiking on Stewart Island, particularly day hikes. Otherwise you can just drop into the DoC office when you arrive. They'll be able to answer any questions you have.

OK, that's about it for this installment. Stewart Island is totally worth the visit; between Ulva, pelagics, and kiwis, you won't be disappointed. There are also other activities like kayaking and fishing, so there's no shortage of things to do. Stewart is as much a lifestyle as anything else, and I think any trip to New Zealand would be incomplete without a visit.

Next up? Kaikoura and pelagics!
Posted by Dorian Anderson at 6:08 PM