Post #200 - A hella slow spring on the bicycle - with one unexpected find!

My 200th post crept up on me since I allowed blogging to slide during the year's second quarter, but I'd like to use the milestone to recognize the The Speckled Hatchback's six-and-a-half-year lifespan! Though my online journal isn't going to garner me international fame and fortune, knowing that at least a few people enjoy my bike-birding tales, photography, and avian musings is enough. So, I like to say 'thanks' to whoever reads my ridiculous blog, however infrequently. I hope my content inspires you to explore the natural world and appreciate the birds around us.

In that vein, I recently received an email from Brianna Camp (briannacamp37 on Instagram) who asked permission to use my Loggerhead Shrike photo as a template for some sidewalk art she'd been commissioned to do. I'm always honored when artists ask me to use my work to inspire/assist their own, so I immediately granted her permission on the condition she send me a photo of the finished product. I'm not sure if Patrick is obsessed with shrikes or if the bird holds special significance as a school mascot, but I thought the result was pretty cool regardless!

My capture of a Loggerhead Shrike in Riverside County 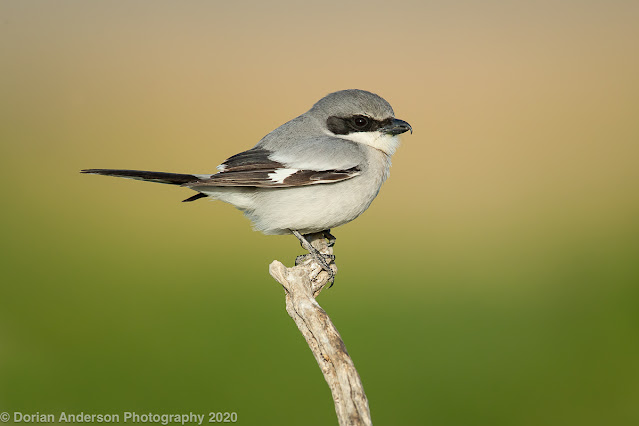 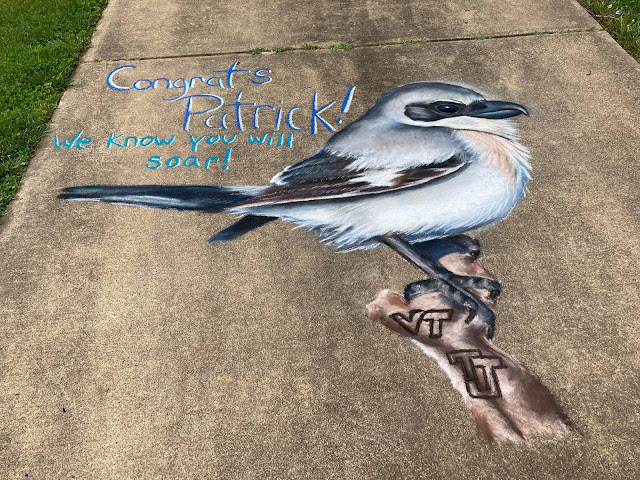 All that said, this spring was really, really slow on the birding front. I don't think it was specific to the Bay Area because I heard rumblings about low numbers and delayed movement from other corners of California (and beyond), but there wasn't much to get excited about through April, May, and June. I have to pick-and-chose my moments on the bicycle, and it felt like I was constantly waiting for a burst of activity which never materialized. This spring was very windy, so I'm curious if that contributed to the lack of birds, perhaps by blowing migrants farther inland than usual.

One anomalous bird that did materialize was Indigo Bunting (INBU) at McLaren Park in San Francisco. I've seen the bird in Santa Clara (it was Bay Area bike bird #283 in June of 2019), but I was unable to connect with the SF example despite making two rides for it during its extended stay. Ugh.

My unsuccessful rides for INBU 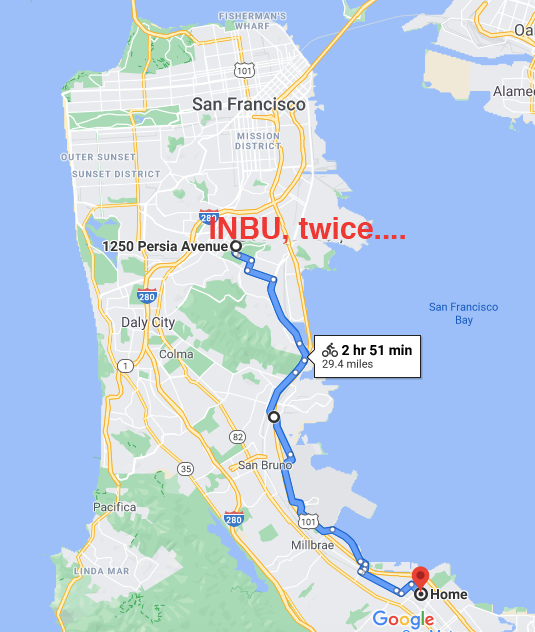 I missed a bit of action while I was in Minnesota and North Dakota in the middle of June, but my interest was piqued by a Black Tern (BLTE) at the Sunnyvale Wastewater Treatment Plant in Santa Clara a week after I returned. I'd not seen that species anywhere in the Bay Area -- by bike or by car -- so it would be a nice addition to my cumulative Bay Area Bike List. Though the bird was seen by individual observers on the 23rd and 25th, several of us were unable to relocate it on the morning of the 26th. I did, however, hear something intriguing from the adjacent tidal marsh. Reaching for my cell phone and dialing up a Black Rail (BLRA) call, I was able to elicit a confirmatory response from a bird less than twenty feet away. I stared into the reeds for a while but was predictably unable to get eyes on the stealthy figment. Regardless, it joins my Bay Area bike list as species #332, my lone 'heard-only' among that four-year total. It was great to salvage that species in place of BLTE, particularly as I was able to share the rail with a handful of other birders.

This map is from Strava, a running/cycling app which maps my movements in real time. It knows when I'm moving and when I'm stopped, so the time on this graphic (blue box, bottom) is the time I spent actively cycling. The Google time displayed on the INBU graphic above is only a prediction, so Strava is infinitely-more accurate in that respect. My 51 miles across 3 hours and 24 minutes translates to ~15 miles per hour, so that's about what I'd expect on flat ground without significant wind aid or impediment.

My ride Sunnyvale on June 26th 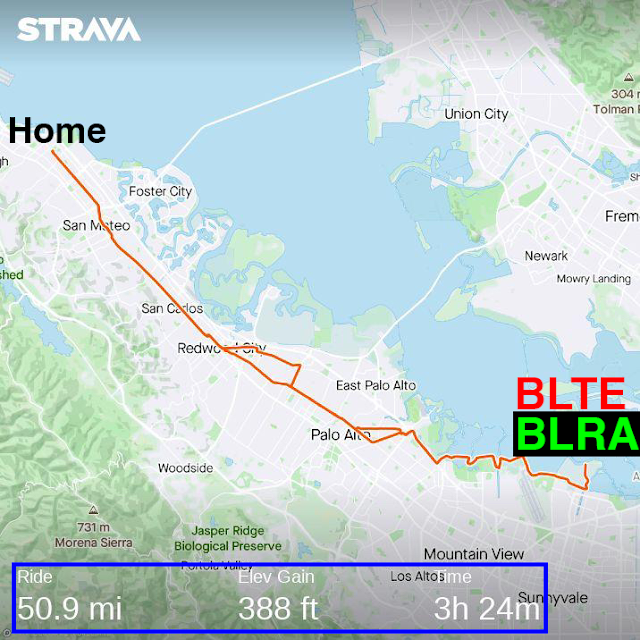 OK, that's it for now. Take care until next time!
Posted by Dorian Anderson at 8:32 PM 2 comments:

Post #199 - A Morning of Marsh Photography in Sierra County, California

My goal when I head out with the camera is simple: capture one high-quality frame of whatever species I'm seeking. Sometimes I'll get lucky and end up with multiple shots of the desired target -- as occurred on the Canyon Wren and Whimbrel outings I chronicled in my last post -- but it's really, really rare that I come home with keeper shots of different species from the same outing. That's what happened in while I was shooting in Sierra County, California last weekend, and I'll use this post as a photo essay to recap a pretty memorable morning at the marsh.

Let's start with one of the most striking birds in North America - the male Yellow-headed Blackbird. This species is common in the Sierra Valley in summer, and the birds can be very confiding along the region's rural roads. It can be tough difficult to get birds on a natural perches with so many available fenceposts, but I was fortunate to intersect this individual as he belted out his song from a low shrub. The vegetation is a bit busier than ideal, particularly between the wings and tail, but I think it makes for a natural-looking frame. 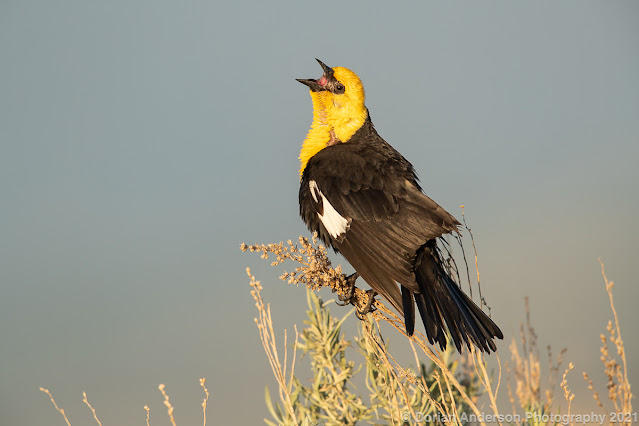 The blackbird bagged, I turned my attention towards the morning's primary target, Virginia Rail. With marsh on both sides of the road, I laid down in the deserted thoroughfare and used a bit of playback to see what I could draw out of the reeds. I've had decent responses from this species in the past, but this was unlike anything I'd ever experienced, two birds sprinting across the road twenty feet in front of me within twenty seconds. They recrossed the road a minute later, and the more curious of the pair walked to within fifteen feet me of as I remained prone. I'll certainly remember the encounter for a long time! Fortunately, I was so low that the gravel road is mostly unrecognizable in these shots.
Virginia Rail - Rallus limicola
Canon 600mm f/4 IS II + 1.4x III on EOS 1DX2
1/3200 at f/5.6, ISO 800 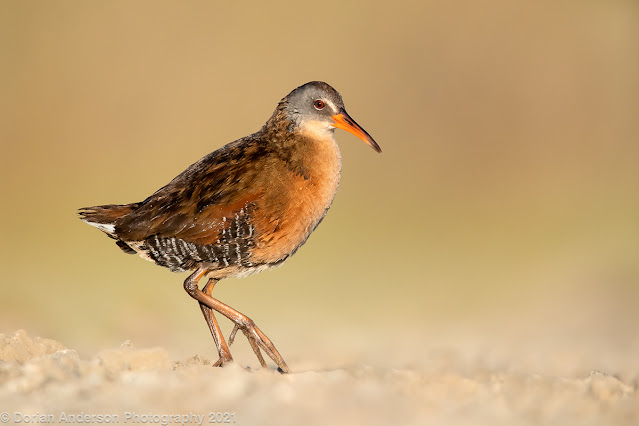 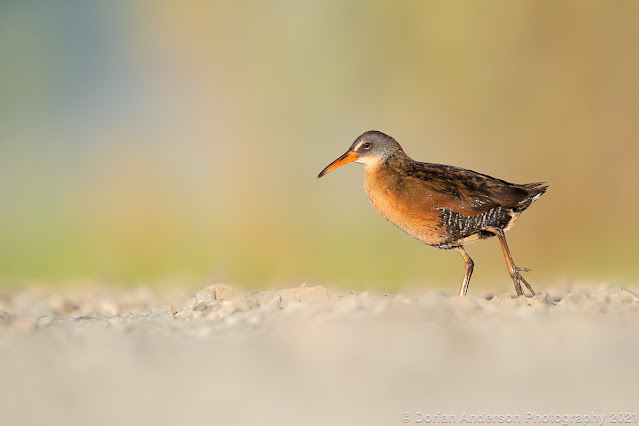 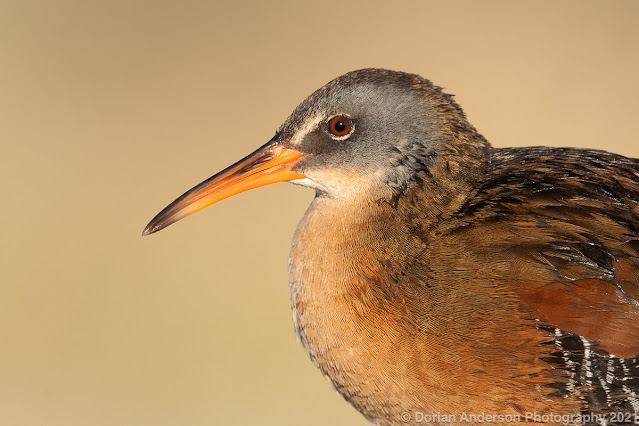 A bit later in the morning, this Wilson's Snipe landed on a roadside post. That perch was very big and blocky, so I decided the only way to minimize its distraction was to eliminate it altogether by going for a tight headshot. This bird permitted unexpectedly close approach, and I was really happy with the resulting feather detail. He wouldn't turn perfectly parallel to the light, so I'll have to live with diffuse shadows across the breast. Can't complain about the engaging head angle though! 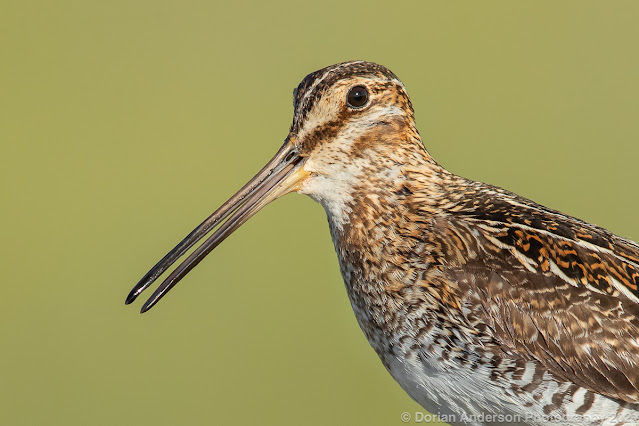 And lastly, I'll include this American Bittern since I photographed it at the same location, albeit on the previous evening (I ditched camped in nearby National Forest overnight). Cloudy conditions rendered the light pretty dodgy on that first visit, but I cranked up the ISO to combat the conditions. Topaz Denoise AI did a great job at reducing the noise and recovering the feather detail once I put the file into the computer. If you haven't used that program, it's definitely worth checking out. It can be used an a plug-in in Lightroom or Photoshop, so even Luddites like me can figure it out. I'm super stoked with this result because it's my first good frame of this species! 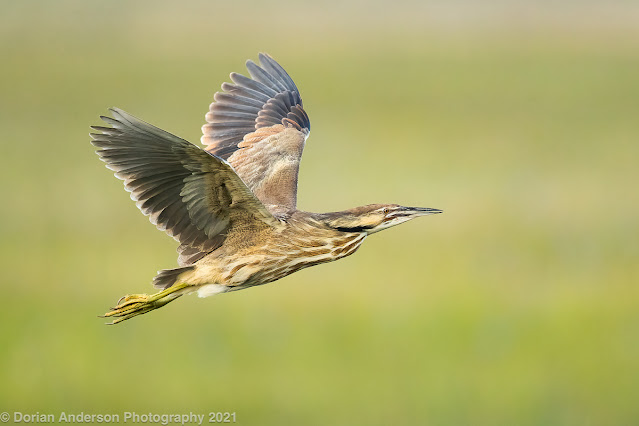 So yeah, a sweet pair of visits to the same spot. I'll certainly go back in the future, if not this summer then perhaps sometime in the fall. Cheers!
Posted by Dorian Anderson at 8:04 PM No comments: