Real quick - if any of you are thinking about trying bike-birding, have a look at this article from my Seattle friend Bryony Angell. She offers some nice tips to get you started. Now on with the recap!

I haven't written much about bike-birding since my April Big Day, so this is the perfect time to recap my self-powered exploits from 2018. This was my first full calendar year in the Bay Area, and these most recent 12 months were a strong continuation of the bike-birding momentum I built in the second half of 2017 (after moving from Los Angeles). Comparing 2018 to 2017, I ventured into many new areas in my home San Mateo County, and I spent more time exploring neighboring San Francisco and Santa Clara Counties. I also crossed the bay - via the Dumbarton Bridge - to bird Alameda County for the first time this year. Though I didn't keep track of mileage last year, careful accounting revealed I cranked out 1,950 miles of bird-motivated biking in 2018. As it's exactly 800 driving miles on Interstate 5 from the Oregon state line to the Mexican border, I traversed the length of the Golden State more than twice!

Half Moon Bay and Pillar Point 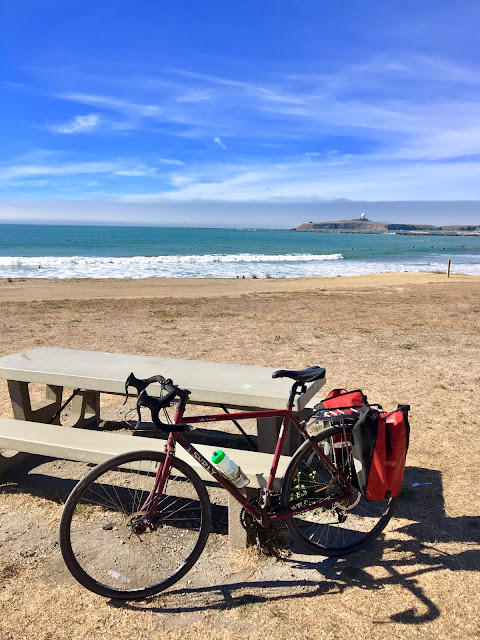 Golden Gate from the Presidio 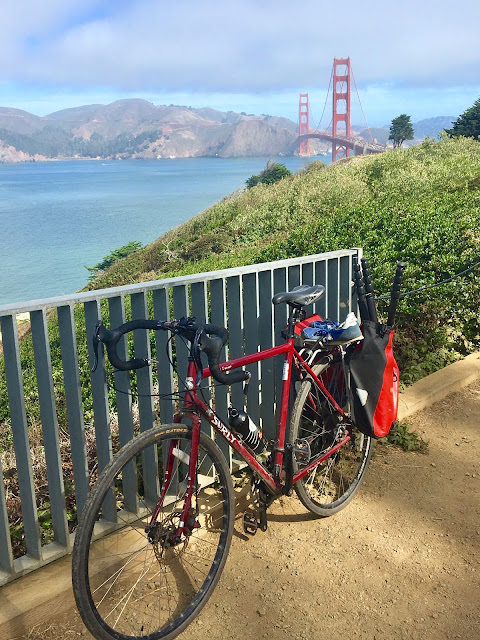 As far as birds are concerned, I started 2018 with 209 species on my cumulative Bay Area bike list and ended with 271. Among the 62 species I added this year, Tufted Duck on Nob Hill Pond in San Mateo, Ruff at Don Edwards at the bottom of the bay, and a Broad-billed Hummingbird in downtown San Francisco were the most notable. Eastern strays included Yellow-bellied Sapsucker, Eastern Kingbird, Red-eyed Vireo, Blackburnian Warbler, Black-throated Green Warbler, Tennessee Warbler, Palm Warbler, Summer Tanager, and Swamp Sparrow. Seawatching yielded Northern Fulmar, Black-vented Shearwater, Rhinoceros Auklet, and Pomarine Jaeger. Outside of those, a hodgepodge of Long-tailed Duck, Prairie Falcon, Lewis's Woodpecker, Tropical Kingbird, and Northern Saw-whet Owl (heard only) rounded out the year's highlights. 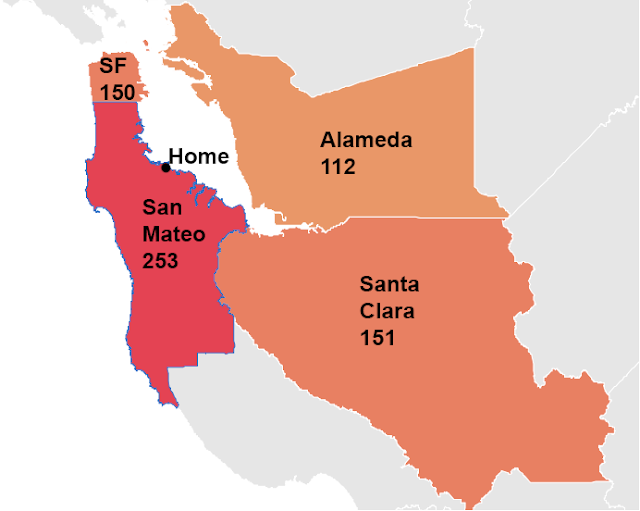 Looking ahead, my main goal is to push my cumulative Bay Area total towards 300 species. I don't think I stand a chance in hell of reaching that plateau in 2019, but I hope to make some ground towards that benchmark. The ideal scenario is for new birds to show up near where I live, but I know I am going to have to do a lot of riding to add new species from more distant areas to approach 300. Just for fun, here are the 20 most likely new species for me along the coast (using San Mateo as a proxy). 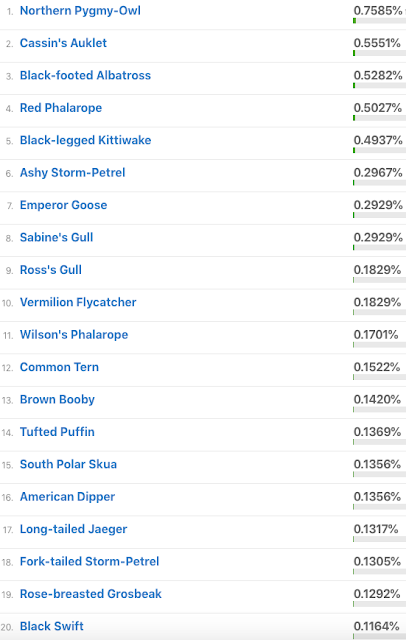 Most of the species are offshore pelagics, but I should be able to find Red Phalarope, Black-legged Kittiwake and maybe Cassin's Auklet with seawatching. Black Swift nests at Año Nuevo and will require 2 days (with overnight in Pigeon Point hostel) to collect. Northern Pygmy-Owl will require an overnight in Half Moon Bay since I cannot ride over Route 92 in the dark. Wilson's Phalarope I can find at the bottom of the Bay (Santa Clara) in August. Dipper is sometimes around, but is far from common in either San Mateo or Santa Clara. Most productive will be spending time inland and east. The catch is those trips will need to be multi-day since I cannot reach to the eastern edge of Santa Clara (or Stanislaus) and return home in the same day. The best trip I could do would be the below, probably sometime in early May. It would take 4 full days (~220 miles out and back) but give me chances for Swainson's Hawk, Black-chinned Hummingbird, Phainopepla, Roadrunner, Common Poorwill, Lawrence's Goldfinch, Blue Grosbeak, Costa's Hummingbird, Bell's Sparrow, Canyon Wren, and other dry habitat specialists. It's a lot of riding, but I think Mines Road and Highway 130 would be great birding in a beautiful setting. Company would be great - if you've got the legs! 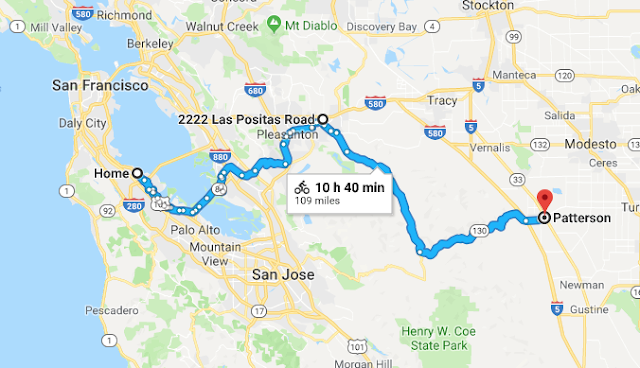 OK, you get the idea. Returns have really diminished, and I am going to have to work very hard to add new species. Outside of those species goals, I'd like to spend some time birding in Marin since it's relatively close. The pipe dream trip would be to take 12-14 days to ride to the eastern side of Sierras in June or July. That journey would take me to areas of the state I haven't visited (even by car) and give me the chance to find 20+ species I'll never find where I live.

That's it for now. I will try to put together a post on this year's photo highlights, so please stay tuned for that!
Posted by Dorian Anderson at 9:34 PM No comments: