Greetings from the Southern Hemisphere! Sonia and I are eighteen days into our Chile vacation, and I’ll use our flight from Puerto Montt to Punta Arenas (Patagonia) as an opportunity to crank out a final blog entry for 2021. Though I’ll write about this trip when I’m back in the US, I’ll summon previous inspiration for this abbreviated installment.

I last saw my Philadelphia-based family in November of 2019, the pandemic and other commitments denying me contact for nearly two years, so Sonia and I headed east for two weeks at the end of October. We spent five days at my parents’ house and used another nine to road trip through New York, Connecticut, and Massachusetts. While Sonia reunited with a long-time friend in Boston, I headed north for a day of birding on the New Hampshire Coast, an area I hadn’t visited since January 1, 2014 (the first day of my bicycle Big Year). Here’s my ‘Biking for Birds’ blog entry from that kick-off. Damn it was cold!

Besides nostalgia, my recent New Hampshire brush gave me an wonderful window to Barred Owl, a species I hadn’t seen since Sonia and I moved to California in 2015. My bladder pushed to its limit while I was birding in Rockingham County, I ducked into wooded patch to relieve myself. I'd barely entered the trees when a large bird took unexpected flight from ten feet above my head. The commotion scared the hell out of me, but I fought-off premature evacuation as the startled owl fled. I took care of bathroom business, walked deeper into the woods, found the owl perched on an exposed branch, and raced back to the car to grab my camera.

The bird was incredibly trusting as I crept closer, and I was able to capture a bunch of frames as the arboreal noble watched curiously. The blur at the top and bottom of the frame in the first shot is deliberate; it was created by shooting through a thin veil of leaves which separated me from the subject. I think it lends a sense of secrecy, like I’m spying on the bird in its forested surrounds. 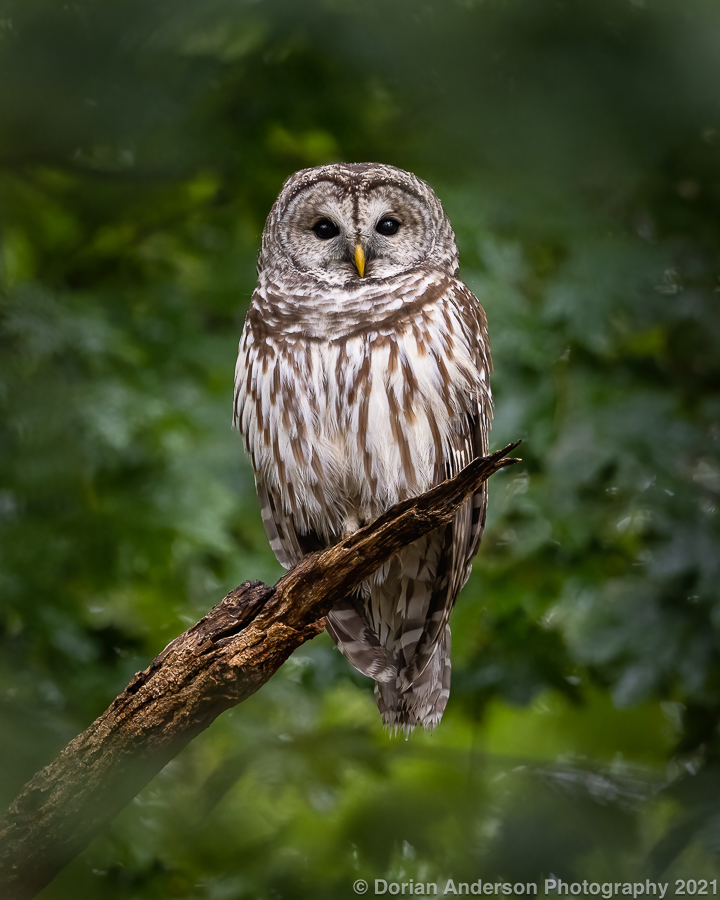 I don’t think I’m a particularly creative bird photographer, my work being mostly technical/editorial, so it was fun to try something different with this cooperative subject. How cooperative? Just check out this second shot. While Image Stabilization reduced motion blur, I also braced myself against a tree to further ensure a sharp result with the slow shutter. 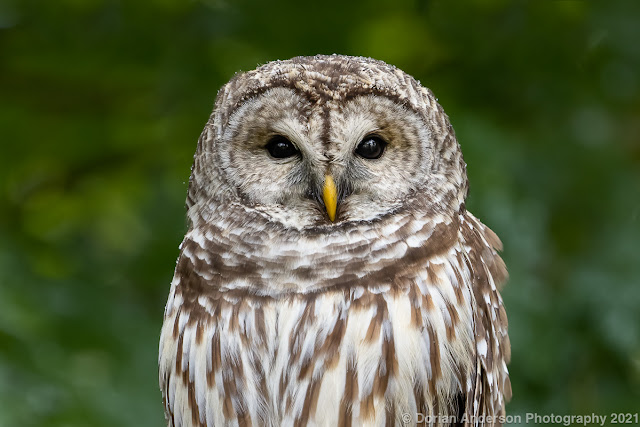 I left the owl snoozing after twenty minutes, the photos an enduring memorial of an amazing intersection. Take a leak; find an owl. Doesn’t get much better.

Interestingly, the New England leaves changed color very late this year; some to whom I spoke suggested that the delay was caused heavy summer rains. Regardless, you can see this patch of New Hampshire woods was still completely — and unusually — green at this late-October juncture.

As per my last post, Sonia and I have rented our Bay Area apartment and will be traveling for the next ten months. We're currently staying with my father-in-law in Riverside County in Southern California, and we leave for a month in Chile starting on Wednesday, December 8th. I'll blog as our adventure unfolds, but I'm going to dip into the past for this post.

A few weeks ago, in early-November, I served as a guide at the Rio Grande Birding Festival in Harlingen, Texas for the sixth time in seven years, the 2020 installment cancelled because of the pandemic. I'm responsible for leading morning field trips on each of the five festival days, but I have the afternoons to explore the vendor fair, go birding with other guides, or sneak off for photography. I had some great luck with the camera on South Padre Island, and I'll use this post to share those results with you.
Let's start with this Greater Yellowlegs. I regularly see these birds around the Bay Area and beyond, but they're always too far away or in situations/settings which won't yield pretty pictures. I haven't had a decent opportunity at this bird since I moved out of Massachusetts at the end of 2013, so I was hella stoked when this cooperative individual strode through my viewfinder while I was belly-crawling on tidal flats. #crushed!
Greater Yellowlegs - Tringa melanoleuca
Canon 600mm f/4 IS II + 1.4x III on EOS R5
1/6400 at f/5.6, ISO 800 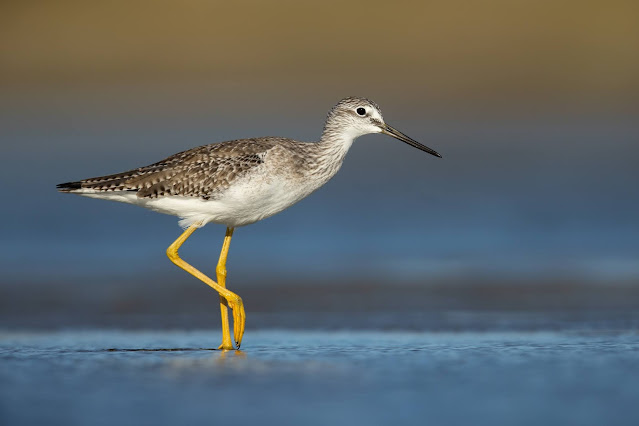 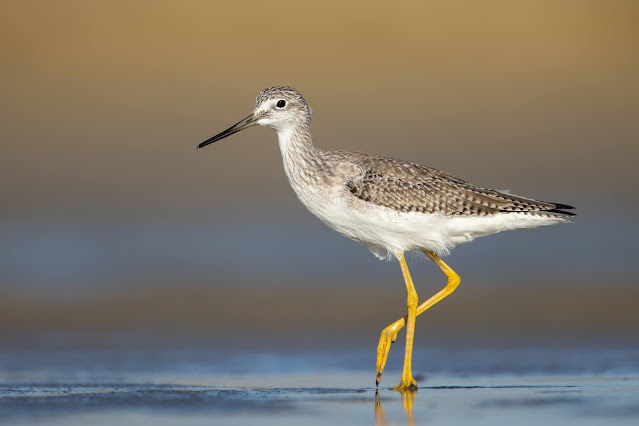 I've done better with Ruddy Turnstones and Dunlin over the years, but I'm happy to add these two frames to my collection. I particularly like the curious head tilt in the first and the exaggerated bokeh (blur) in the second. 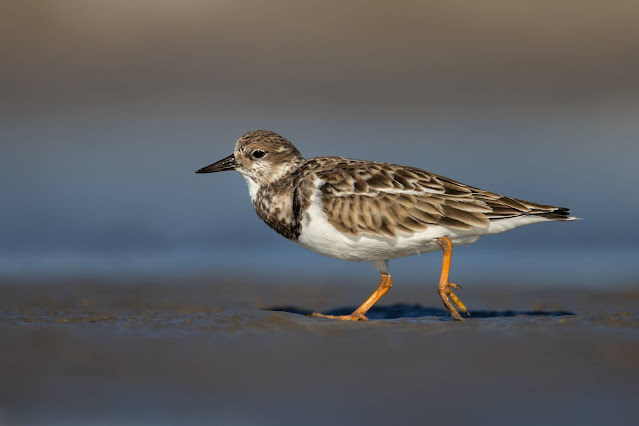 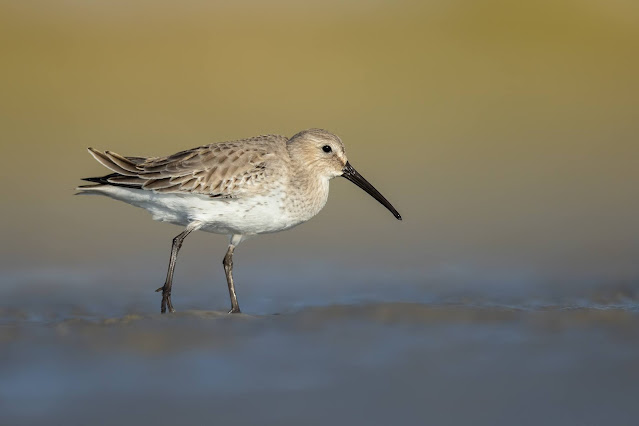 As much as I love shooting shorebirds, this White Ibis stole the show because I'd never had a decent photographic crack at the species. This example favored water that was 6 to 8 inches deep, so I had to be very careful to keep my lens dry as I crawled/floated/maneuvered into shooting position between the bird and the setting sun. The ruffled feathers in the first shot result from breeze blowing across the bird's left side. I don't know the identity of the prey in the second shot, but it was thrashing around like a worm or small eel. 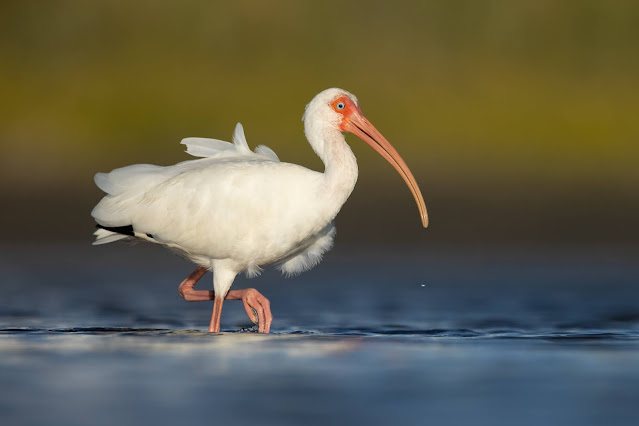 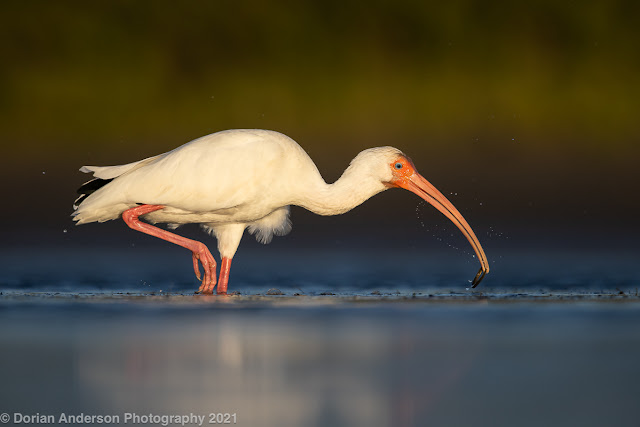 And lastly, we have this Piping Plover. I don't waste time taking pictures which include man-made stuff -- feeders, metal perches, roads, etc -- because it's lazy photography, but I make exceptions for banded birds because 1) reporting the band to this website helps researchers and 2) it's fun to learn the bird's story. The leg tag might be difficult to read in this wide composition (chosen for dramatic/creative effect), but it's sufficient to identify the bird as 48F. The banding folks sent me a certificate of appreciation for my submission, and I've added it to my running collection as displayed on my photo website. Hopefully, I'll find and photograph more banded birds in the future!
Piping Plover - Charadrius melodus
Canon 600mm f/4 IS II + 1.4x III on EOS R5
1/4000 at f/5.6, ISO 1000 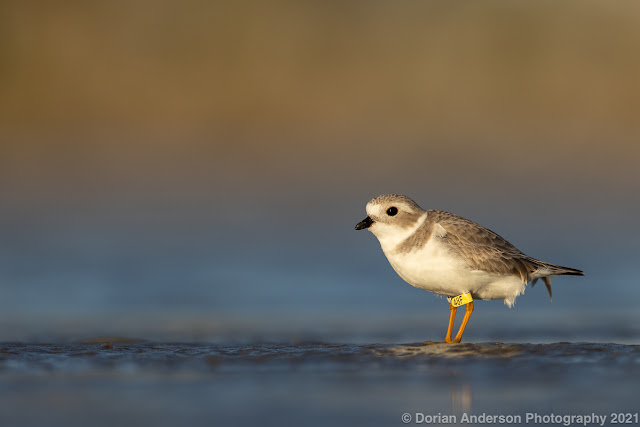 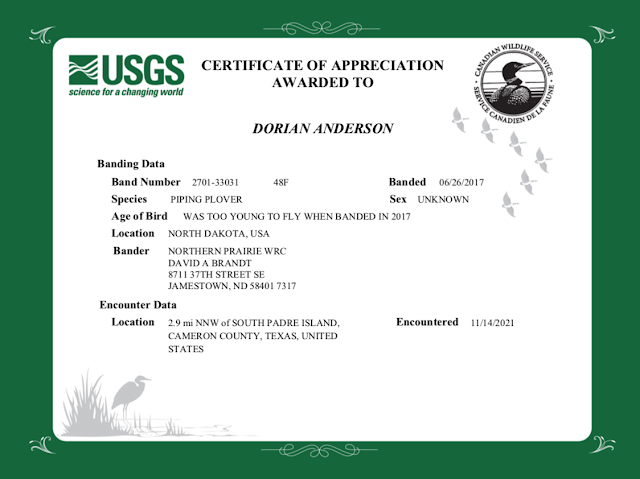 It took several hours on my belly to capture all these frames, but the water was so warm that a pair of ratty old short was all the clothing I needed. I did catch a few birders watching me through their binoculars and scopes while I was crawling around, so I hope like hell that they've erased the image of my pasty white body from their memories!

Cheers for now!
Posted by Dorian Anderson at 11:07 PM No comments: