First, a quick news flash; My leg is slowly getting better! I have been putting weight on the leg this past week, and I am able to walk around in my walking boot, albeit still with the support of crutches. I even made it out for a few hours of birding this weekend, my first in over a month. It was an incredibly welcome break from my recent confines. I will continue to maintain a cautious approach as I do not want to re-injure the leg before it heals, particularly in light of an 8-day trip to Southeastern Arizona in early August.

A brief warning moving forward: This post is not filled with rainbows, smiles, and ice cream. It is instead a rather sobering mediation on what I will call the hidden costs of being human. I try to take my inspiration from where I can, and today this is what the world gave me.

As has been recently required by the bum leg, Sonia, my wife, yesterday morning drove me to the train station. One her return trip a Western Scrub-jay crashed head on into the windshield of the car, coming to rest in a lifeless heap at the base of the windshield. I immediately received a very teary photo call from Sonia describing the collision. She was unscathed but terribly upset about the episode. She managed to snap this photo for me as I was immediately moved to write something about it. 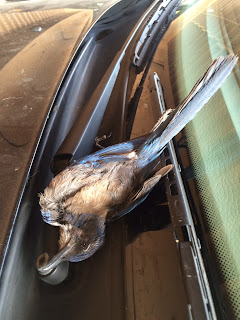 Sonia's experience is not unique; Tens of millions of birds die at the hands of motorists each year. Numerous as these deaths are, they pale in comparison to those caused by window collisions. Cats are estimated to kill billions of North American birds each year. Poisoning contributes. Then of course there's the inexorable march of habitat loss and climate change. A recent Audubon Society study suggests that climate change puts at risk between one-third and one-half of North American bird species. Another study from the World Wildlife Federation suggests that we have lost half of all global wildlife in just the past 40 years. Predictably, none of the predictions are optimistic.

Minus the comparatively negligible, deliberate toll than legal hunting and illegal poaching take, the referenced mortality is almost exclusively incidental in nature. Windows are not designed to kill birds and driving is generally a necessary evil in 21st-century America; Most people see Fluffy the kitten as cute household pet, not a future bird-killing machine. Beyond whatever individually responsible decisions we make and what protective legislation we enact, humans still run-up an immeasurable environmental bill that Mother Earth will somehow have to pay. Every new house built, every trip to the train station, every outdoor cat, and even every human birth has an environmental cost to it. These are what I call the hidden costs of being human, and we usually ignore them in the course of our daily lives. It often takes an episode like yesterday's to remind us that every single one of us, no matter how "green" we are or claim to be, is costing the planet something each and every day. If we acknowledge that undeniable fact, then we're in a much better position to design effective minimization strategies moving forward. What those precise strategies are I'll leave for another day. I'll instead leave you with a hopefully image, a Least Tern chick perched on the edge of possibility, a huge, unfamiliar world beyond. 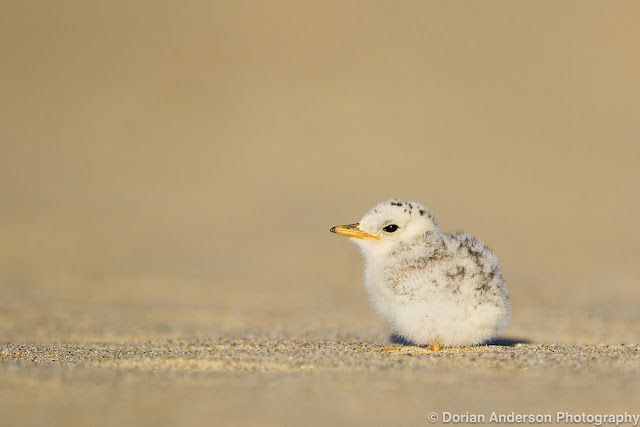 Posted by Dorian Anderson at 8:19 AM No comments:

First, a leg update. It is feeling better, so I guess that's a step, errrrr, a crutch in the right direction. I had an MRI yesterday to confirm the diagnosis of a partial/slight tear of my lower calf muscle. I'll find out for sure once doc looks at the scan results later this week. As I am still crutching everywhere in my protective walking boot, this post will come to you live and direct from the comfort of my couch. Don't worry - I've got some cool stuff for you anyway!

Headshots are often overlooked in favor of more interesting compositions or more action-orientated frames. I completely understand this, but a photographer generally has to work with what the bird gives him. Sometimes, a headshot can salvage a shot where none otherwise existed. For example, I photographed this handsome guy in Vancouver a few weeks back. The entire duck was shaded except for the head; Trying to shoot a bird so unevenly lit would have resulted in painfully under- or over-exposed areas in the final image. I decided instead to use the facial lighting as an opportunity to snap this portrait. 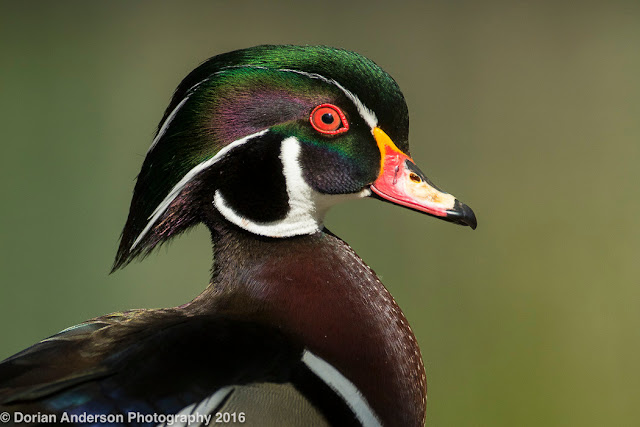 Here is another example of where I saved a frame with a headshot. I posted this on this blog when I took it last fall, but it is worth reposting in the context of this discussion. This bird was found along one of the agricultural fields surrounding the Salton Sea. He was standing on an ugly, concrete drainage ditch, and, as I try to avoid any signs of human-made objects in my shots, I decided to focus on his upper body so as to omit that unnatural eyesore. The close-up really puts the focus on his amazing eyes. The eyes are KEY when it comes to headshots - the bird MUST be looking at or very near the photographer for the image to have any impact. 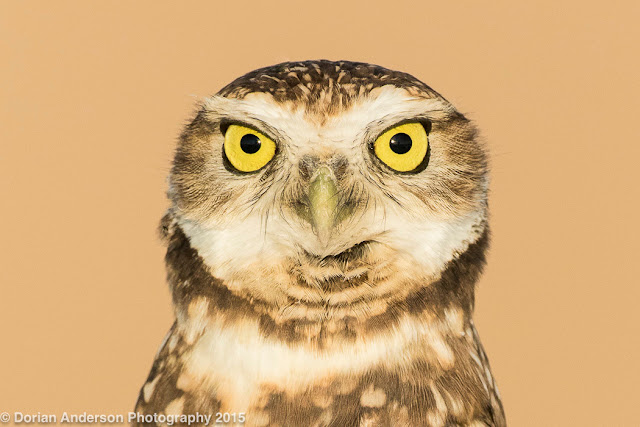 Headshots also work when the bird won't give you any behavior. In the following example, the lighting and open sandy beach were perfect, but the bird just wanted to stand there doing nothing. By creeping a bit closer, I was able to crack of this frame that shows all kind of detail on him. It's still a static shot but its a lot more intimate this way. 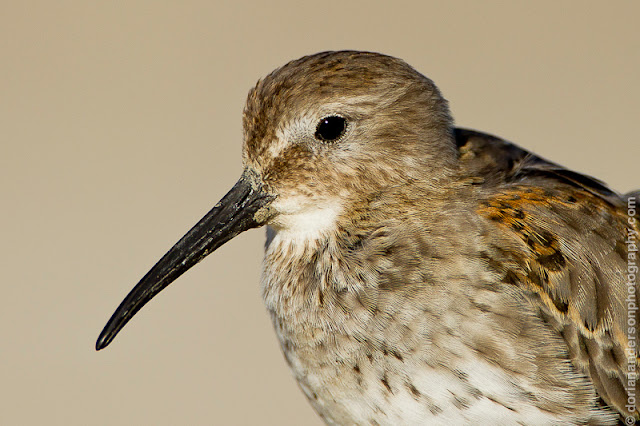 Sometimes, headshots allow the photographer to show common birds in uncommon ways. Both Great blue Herons and Herring Gulls are notorious for their shark-like appetites. I think that these two photos show nicely the sometimes greedy nature of these two species. 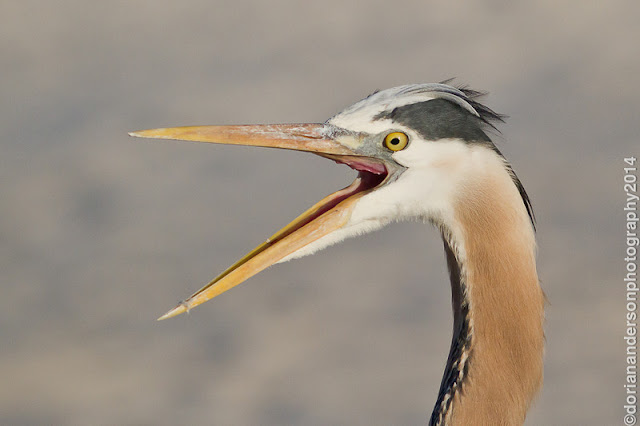 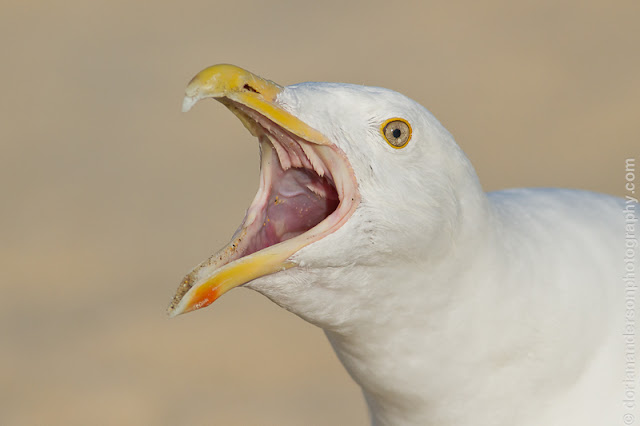 And......sometimes it just fun to see exactly how close you can get to a bird, particularly a rarity or a notoriously shy species! Note: I was the only one on the beach with the stint, so I wasn't worried about scaring it off. A peregrine took care of that for me! 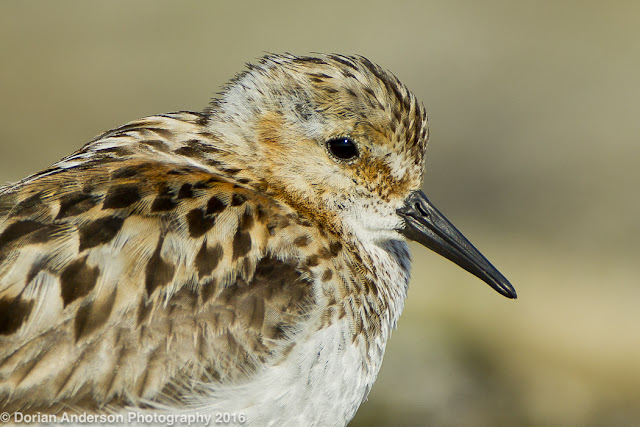 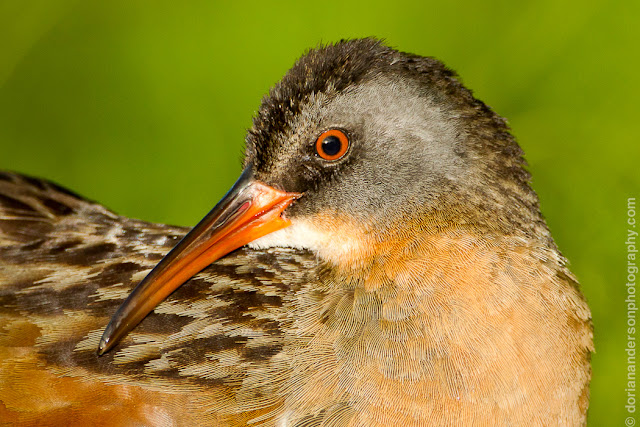 And a few more, just for fun! 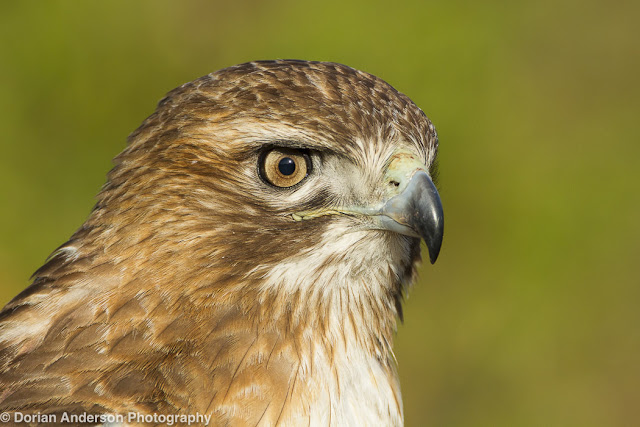 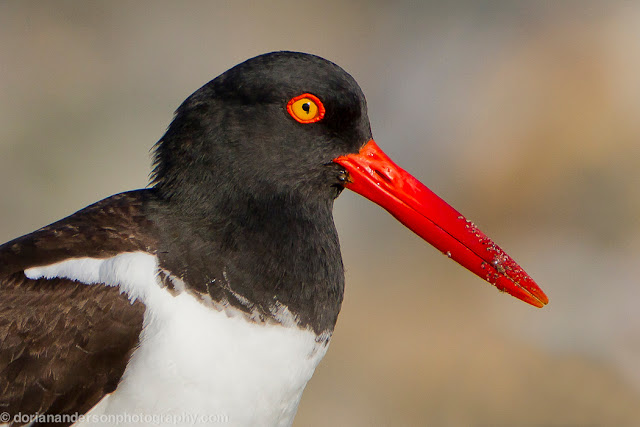 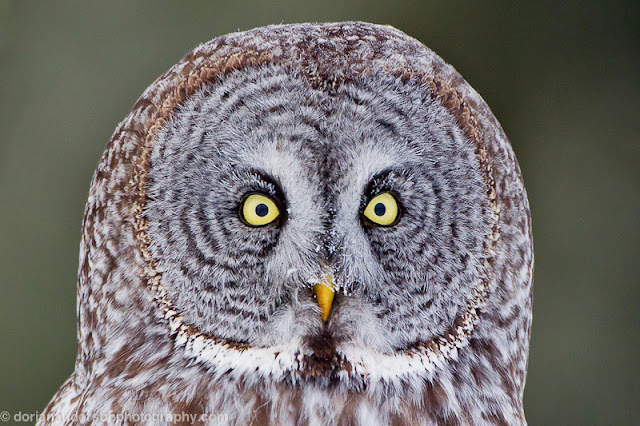 Well, there you have them. Hopefully I've sold you on the merits and beauty of the avian headshot. I've got a few more that might surface at some point - hopefully not over another injury!