I can't believe I haven't updated the blog for nearly a month, but a mid-month trip to Southern California interrupted my usual every-other week rhythm! I hope everyone weathered the drought, and I'll keep this post short to aid reacquaintance. With January cloud recently - and thankfully - yielding to February sun, I've managed some decent frames these last few weeks. I'll use this post to present four with a bit of commentary accompanying each.

That reminds me - if you're in the Bay Area - I'm presenting for the Bay Area Bird Photographers next Wednesday, March 4 in the Embarcadero Room of the Rinconada Library in Palo Alto from 7:30 - 9:00pm. I'll be showing photos from New Zealand, Colombia, Thailand, and around the US.

Let's start with a departure from my front-lit wheelhouse, a Belted Kingfisher silhouette captured in the Pillar Point Harbor from my inflatable kayak. The rising sun had just overcome the coastal mountains to the east, and an intervening fog bank scattered the horizontal rays to create this luminous backdrop. In the past, I've entirely blacked-out my silhouettes via underexposure - either in-camera or during editing - but I decided to leave a faint suggestion of the bird's white collar in this instance. It's a really small creative decision but lends the subtlest hint of plumage characteristic to the already unmistakable subject. The human eye possesses greater dynamic range than any camera sensor, so we rarely see silhouettes as entirely black anyway. 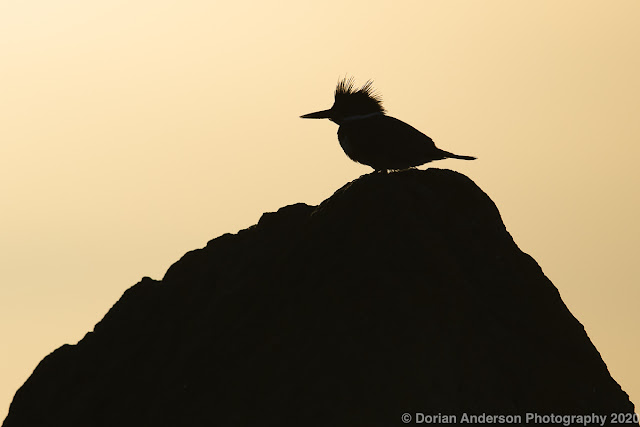 Next is this juvenile Black-crowned Night-Heron which I encountered an hour after the above kingfisher. I'm a sucker for close-cropped and highly-detailed headshots, so I couldn't resist snapping this frame when I floated within twenty feet of this confiding subject. The golden background results from earthen cliffs well-behind the roosting bird, and I knew the greenish lores and orange eye would demand attention against the surrounding brown tones. 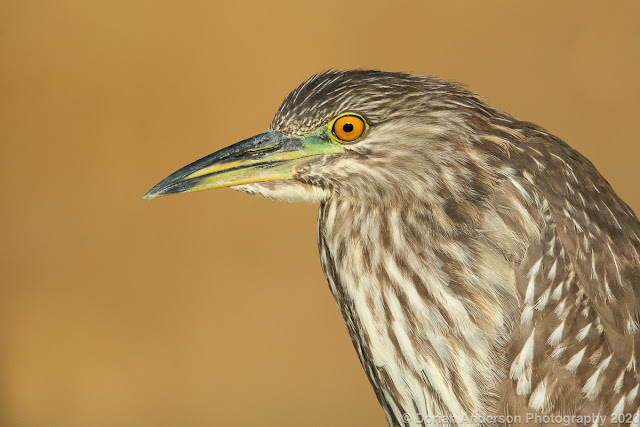 Some might ask why I shot the above static subject with a lightning-fast 1/5000 shutter. Well, I was primarily set-up to capture flying waterfowl, manual circumstances which facilitated the capture of this Bufflehead shortly after the above encounter. I'd long-wanted a decent flight frame of this skittish species, and this effort represents my best from a dozen individual forays to Pillar Point Harbor over the last two winters. Getting my kayak into position ahead of the inevitable escape is really challenging, but I met with success by driving the birds towards a shoreline and forcing them to flee my craft at a perpendicular angle. Without something to restrict their escape, they fly directly away and make appealing captures impossible. The golden water results from cliff reflections. 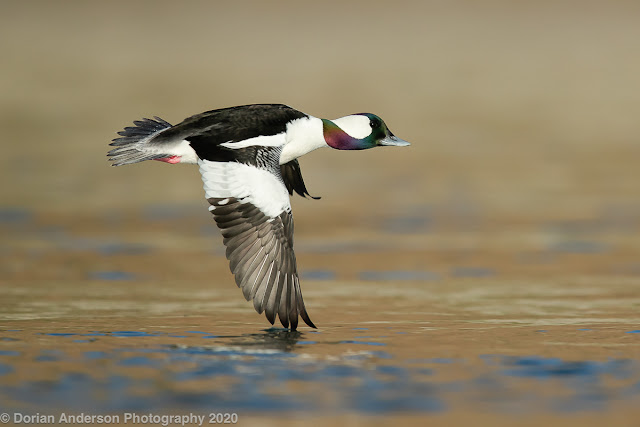 Last is this little Eared Grebe. I had some time to kill ahead of the last month's Bay Area Bird Photographers meeting, so I swung into the Palo Alto Baylands ahead of that event. I love depicting common and/or drab birds, so I was stoked this individual swam into range and gave me the opportunity to show his winter garb in perfect end-of-day light. This sort of low-angle work is about my favorite sort. 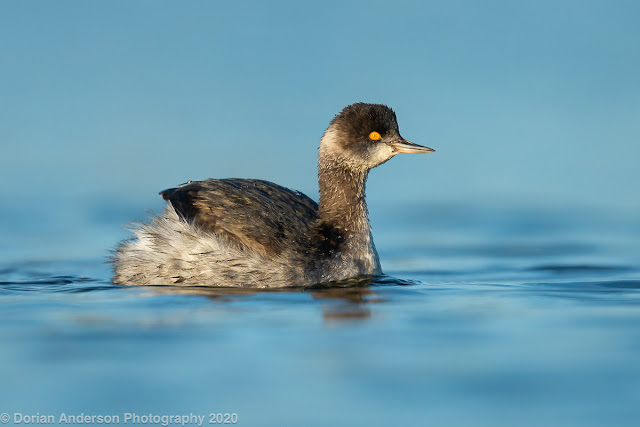 OK, that's it for now. I have another crop of photos from my time in Southern California, and I'll be sure to share those in the near future!
Posted by Dorian Anderson at 7:33 PM No comments: