Post #178 - A Quick Three: Breeding Plumage Western Sandpipers in the age of Covid-19

Damn! I've totally neglected the blog in the last five weeks with the continuing coronavirus distraction. It's pretty depressing, but people in the Bay Area are thankfully committed to shelter-in-place, bending the curve, and so on. Sonia has been working from home for the last seven weeks, but my routine has hardly changed, the life of a childless writer hardly subject to disruption. Unfortunately, my two-week Colombia tour in June and my three-week Brazil vacation in August are probably kaput, but I'm look forward to exploring more of California once restrictions ease in upcoming weeks.

I have ventured out for a few local photography sessions during the quarantine, late-April the only time of year I can capture shorebirds in breeding plumage, and I'll offer three shots of Western Sandpipers taken under various lighting conditions. The bayshore mud is treacherous, but I think these were worth getting dirty.

Let's start with this high-key frame. I usually don't bother to shoot on cloudy days because I'm a huge fan of color saturation, but the tides were perfect on this afternoon. My strategy was to stake out a piece of semi-firm mud, lay down, and let the rising tide push the birds towards me. The flats flood very quickly, and birds initially 50 yards away were soon right in front of me, this individual particularly confiding. Understanding tides is critically important for shorebird photography because their movements and behaviors are entirely tide-dependent. 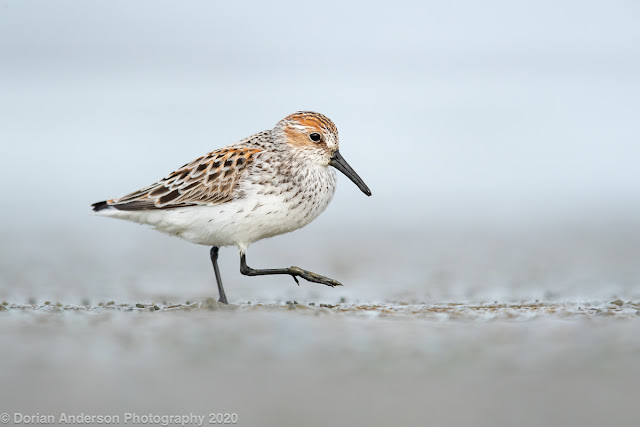 OK, this second image was taken a few days later at a different site, one I've learned only productive only on the falling tide. It was a perfectly sunny afternoon, but the receding waters took the birds out of photographic range before the light got really good. I'm really happy with the muddy beak and foot and soft blue surrounds, but I wanted another crack a generating even more color and contrast. 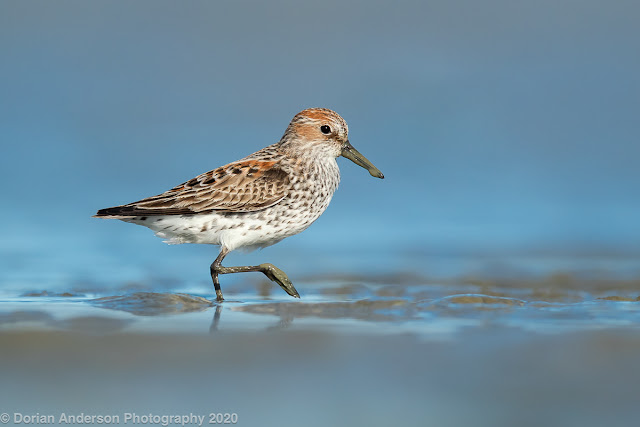 Returning to the exact same place the following evening, I was able to utilize even later-day light, the out-going tide delivering the birds to me an hour after than the above shot. This is the kind of warm-light color saturation for which I'm looking (though I'm hella stoked with the above two frames as well). 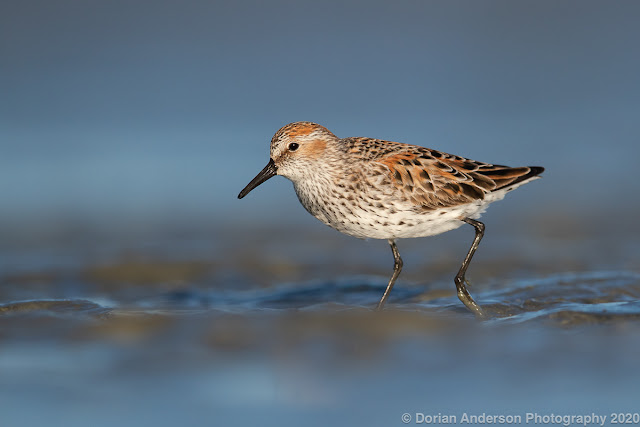 And, just for fun, I thought I'd show what it takes to get these types of low-angle shots. These were taken by my supportive wife who was walking the dog on the adjacent path while I shot. Thankfully, I didn't have to worry about getting pulled over in my underwear and towel since she drove home! 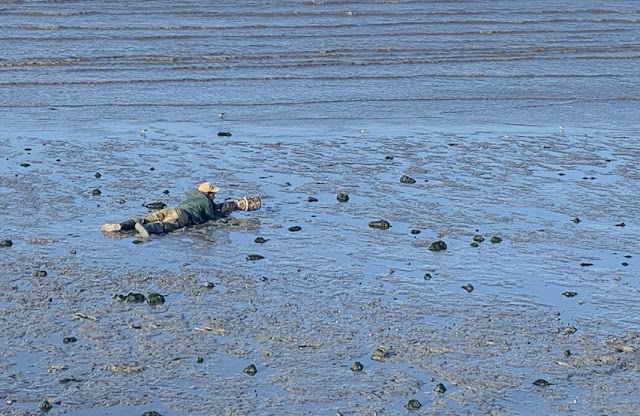 I'm was a lot happier than this photo indicates....... 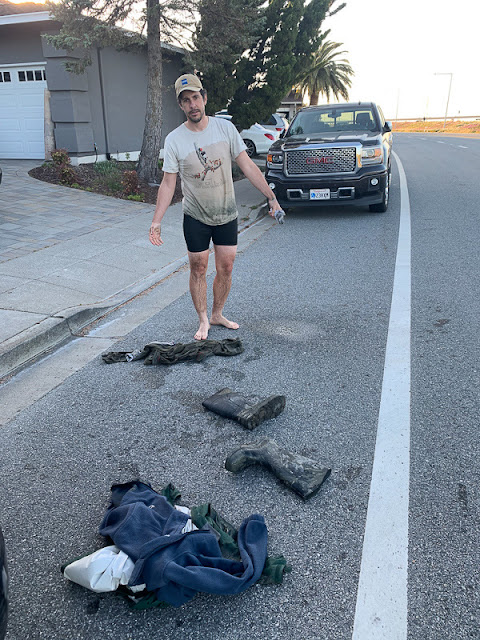 Posted by Dorian Anderson at 10:56 PM No comments: