Why am I holding a Brown Pelican in Texas in the rain? Read on to find out why and to learn a bit about Brown Pelican conservation! 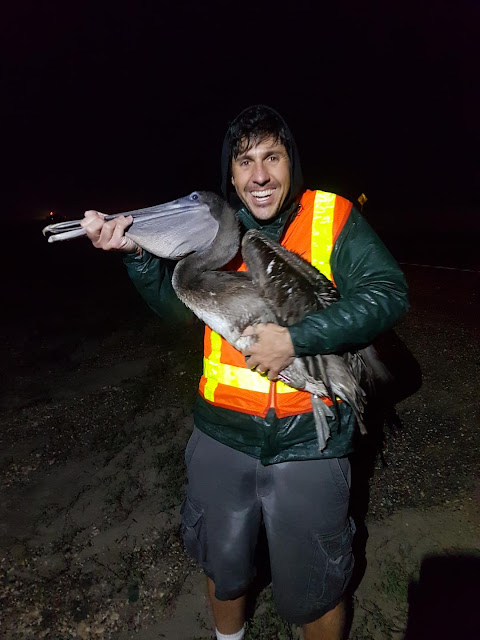 The Brown Pelican has experienced a tumultuous conservation history. Hunted for feathers in the early 20th century, the species suffered additional and near-terminal declines in the 1950s and 1960s at the hands of the insecticide DDT. When concentrated up the food chain and into carnivores such as falcons, eagles, and pelicans, the toxic compound blocked calcium metabolism and caused female birds to lay brittle eggs that cracked and died when incubated. The species was listed an Endangered in 1970 but recovered steadily once DDT was banned in 1972. Since then, the species has experienced a robust expansion and was removed from the Endangered Species list in 2009. 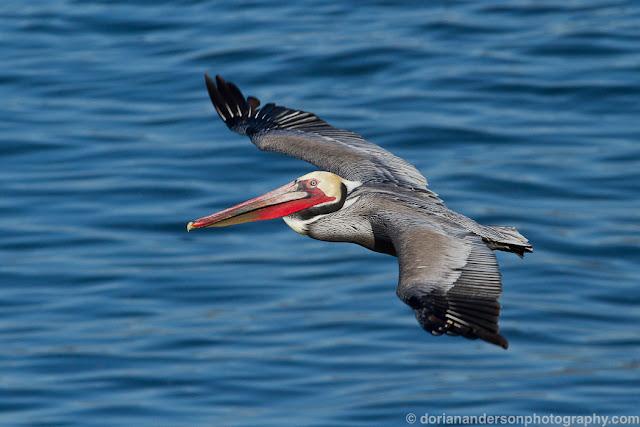 Populations of Brown Pelicans are currently healthy, but individual birds still face a number of human-created challenges. Like many seabirds, pelicans routinely ingest ocean plastics they mistake for food. Those cause all sorts of internal problems, and tangles with fishing tackle and lures often leave the birds with external injuries. Collisions with cars can also be a problem, and it was against particular danger that I volunteered my efforts on the afternoon of November 9, 2018. 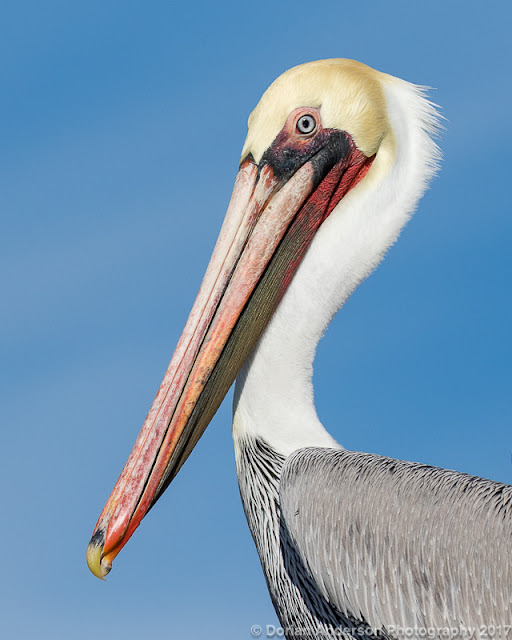 We'll need some background to get started. Below is a map of Texas (left) and a detailed view of Highway 48 between Brownsville and Port Isabel (right). Let's focus on the right map. Each morning, thousands of pelicans depart the Roosting Area and fly southeast across Highway 48 to the reach the Feeding Area. They spend the day eating and return to the Roosting Area late in the afternoon. The pelicans have no issues moving between the two areas on most (~98%) days, but the return trip can turn deadly when storm fronts pass through the region. To understand how, we need to talk a bit about wind. What follows is a bit confusing, but the important thing to take away is that storms cause big problems for pelicans.

The prevailing wind on the Texas Coast blows from the southeast (orange arrow, right map above); those usual breezes are weak in the morning and strengthen as the afternoon progresses. That default situation - southeast winds building over the day - is not a problem for pelicans. There's little morning headwind to impede their flight to the Feeding Area, and a stronger afternoon tailwind speeds their return flight to the Roosting Area. However, when low-pressure storm systems move onto the Texas Coast, the wind invariably switches to blow from the northwest. That change creates challenge for the pelicans as they must make the afternoon flight to the Roosting Area into those potentially strong northwestern headwinds. And it's there that an unlikely danger presents.

Wait, what the hell? Am I saying pelicans can't fly into the wind? Pelicans have been flying into the wind for millions of years, so what gives? 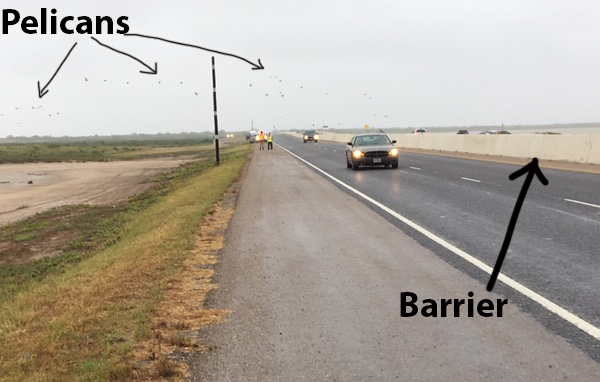 It's all about the highway; more specifically, it's all about the two 3-foot high concrete barriers, one that divides the highway and the other protecting the north side of the road from bay spray. Whenever strong, storm-associated northwest winds sweep across the bay and strike those barriers, they create an unidentified sort of air turbulence. That aerodynamic irregularity causes some fraction of pelicans crossing the road in the upwind direction - towards the Roosting Area on stormy afternoons - to lose loft and crash onto the highway where they are struck by cars. We don't understand the precise mechanism, but it's clear sustained headwinds of 20 MPH really affect the birds. When winds push 30 MPH, upwards of 50 or 60 pelicans might be killed by cars. Biologists/Convserationists know the concrete barriers are to blame since wind tunnel experiments have revealed more porous barriers do not create equivalent turbulence. Strong southeast winds cause identical turbulence on most afternoons, but it doesn't affect the pelicans since the birds cross the road and barriers in the downwind direction en route to the Roosting Area. Again, just know storms and NW winds give pelicans problems.

Since the pelicans only have problems on the rare occasions with strong, storm-associated NW winds, locals watch the weather and spring into action when those conditions present. Police drive slowly to create 'rolling roadblocks' from 3pm to 6pmon those afternoons, and biologists and conservationists line the shoulder to scoop up whatever pelicans crash onto the highway. It's a highly coordinated effort and has significantly cut pelican mortality in the last few years. As the specified conditions only present ~6 times a year, mostly between December and February, the community has been very understanding of the protective measures whenever it storms.

For better or worse, the specified conditions presented while I was attending the Rio Grande Birding Festival in South Texas earlier this month. I volunteered to help rescue pelican, and that's how this blogpost came to be. Our group ended up rescuing around 15 pelicans that afternoon. Sadly, there were at least 3 carcasses on the road the following morning. Those presumably belonged to straggling birds that hit the roadway after the rolling roadblocks ended and volunteers departed. Below are a few of the birds we saved.


Pelicans on Highway 48. The lowest
flying birds usually ended up on the road.
Once on the road, they can't take off.


Volunteers scoop a pelican up and carry it
across the road. My phone died before they let it
go on the other aide of the barrier! The birds
are totally fine once safely over the second of
the two barries 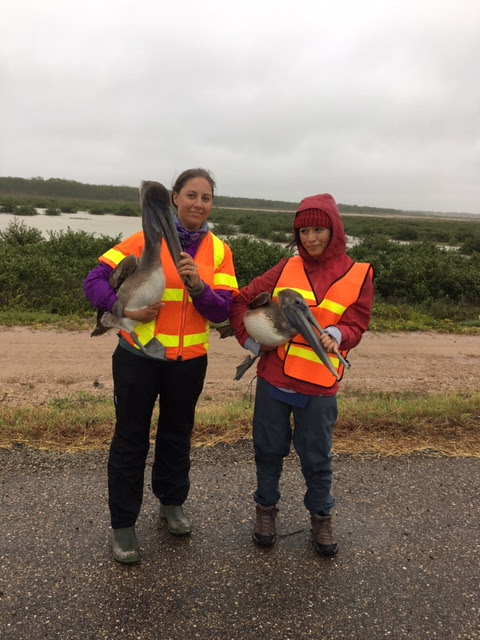 As awful as the situation was, I was happy to lend a hand and learn something about the rescue efforts. Everything humans do has a consequence for wildlife, and objects as seemingly insignificant as concrete road dividers can have unanticipated and deleterious effects on the animals with which we share the world. However, efforts such as those described above show there are people who care enough to help the birds on such days. Highway administrators are apparently open to the possibility of replacing the concrete barriers, so maybe the situation will improve in the future. It's a government bureaucracy and will take time, but it's a step in the right protective direction.

That's it for now, cheers!
Posted by Dorian Anderson at 8:23 PM 7 comments: