Regular readers know that Sonia and I are traveling the US for at least the first half of 2022, but I haven't revealed our exact motivation/purpose until now! Our plan to exchange pet-sitting for lodging while home/owners travel might sound insane, but www.trustedhousesitters.com allows people to do exactly that. I kept this news on the down-low until now because Sonia and I wanted to get a second blog, A Tail of Two Sitters, up and running before we let the cat/dog/whatever out of the bag. While we have a loose itinerary of places/states we'd like to visit in upcoming months, we're generally going to allow the pet-sitting winds take us where they will. And that's how we landed in Henderson, NV from January 13-16. I did a bit of birding while we were in the area, most of it by bike, and I'll use this post to highlight some of the places I visited. Here's how we're carting the bike around! 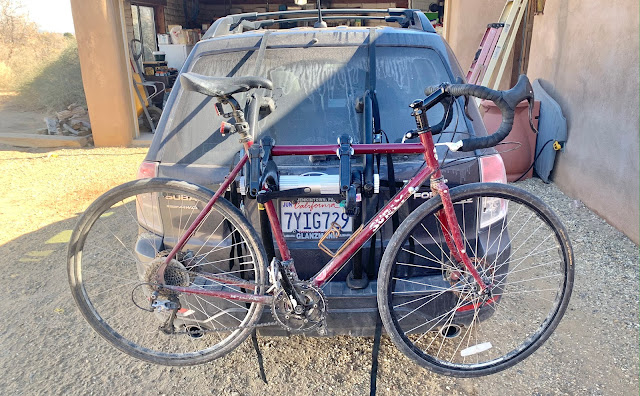 Among three Henderson sites which I visited on my bike, the Henderson Bird Preserve on the east side of town was the best. The impoundments hosted a great number and variety of waterfowl, and desert birds like Costa's Hummingbird, Crissal Thrasher, Vermillion Flycatcher, Black-tailed Gnatcatcher, and Abert's Towhee lurked in the surrounding bushes. Over 300-species have been recorded at the reserve, and I tallied 60 across two morning visits, a breeding plumage Hooded Warbler an unlikely highlight. Beware - the HBP has very strict hours. Please consult this webpage for info. If I had only one morning to bird in the Las Vegas area, the I'd use it at HBP. Images of reserve below.

Neighboring Clark County Wetlands hosts similar species, but not in the same numbers as HBP. A series of trails winds through scrub and impoundments, and I think it's worth a quick pass even if it's a distant second to HBP.  Same for Sunset Park. Though urban and heavily-visited, the park pond was loaded with waterfowl. The ducks are fed constantly, so super close views of Ring-necked Ducks, Canvasbacks, Redheads, Lesser Scaup, and American Wigeon were afforded. I hit the place on a cloudy afternoon, but it could be great for photography in the right conditions. Here is a map to show the relative locations of these HBP, CC Wetlands, and Sunset Park. It was easy to move between the three locations on the bike given our central location.

A bit farther afield, Red Rock Canyon on the west side of Las Vegas is totally worth a visit. It doesn't hold diversity or numbers of birds, but the landscape is amazing. There are loads of trails, and it would be easy to spend a full day exploring the area. The two dogs which we were watching loved scrambling over the stratified geology! Birds were few and far between, but I did find Rock Wren, Phainopepla, and Peregrine Falcon. 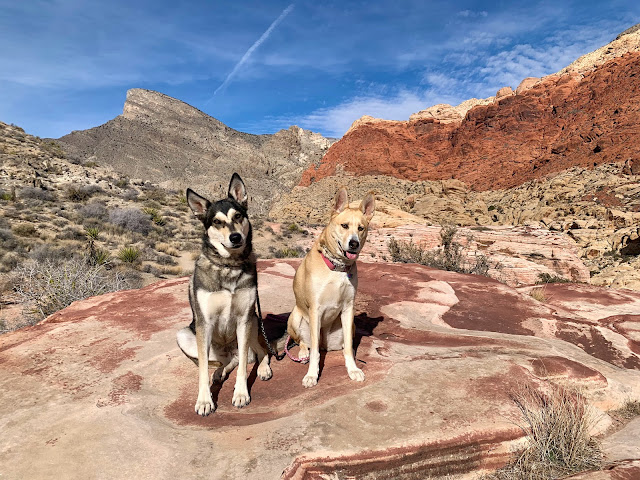 The bottom line is that there's an unexpected amount of birding and hiking to be done in the greater Las Vegas Area. While most who visit the city do so for other reasons, birders and outdoor enthusiasts will find plenty to occupy themselves over a three- or four-day stay.
We've already completed our second sit -- in Arizona -- but I'll save my Prescott birding thoughts/experiences until the next post. Cheers!
Posted by Dorian Anderson at 11:05 AM No comments:

Sonia and I are back in the US! There was, however, some serious doubt as to our return from Chile; the Abbott Labs COVID AG-Card tests which we took with us kits were defective, so we had to cobble testing together the night before our flight from Santiago to Dallas (and onto Los Angeles). To compound the drama, Sky Airlines, a Chilean carrier, pushed our final domestic flight from Punta Arenas to Santiago back three hours, a circumstance which cut our connection time in Santiago from five hours to two. We landed in that capital, scampered off the plane, claimed our luggage, sprinted to the international terminal, checked into our American flight, and fought our way through immigration and security. By the time we hauled ass to the terminal's farthest gate, we had only ten minutes to spare. So yeah, getting back was a total circus! 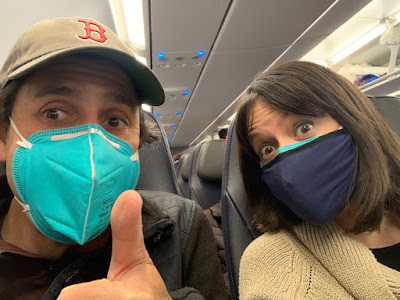 I'll write more about Chile in future posts, but I'm gonna keep it simple this time around and post some photos I captured in Southern California just before we left. Recall that we've rented our San Mateo apartment and become digital/guiding nomads through September. Without a place of our own, we crashed with Sonia's dad in Riverside County for five days pre-Chile. There is some excellent photography to be had in that area, and I'll present a half-dozen shots that I captured across two sun-drenched mornings.

Those who read this blog regularly might recall a post from early-December where I described a choice run-in with Greater Yellowlegs, a common bird that managed to avoid my lens for the eight years since I departed Massachusetts. And wouldn't ya know it? A month after that entry, I had an even better crack at the species! 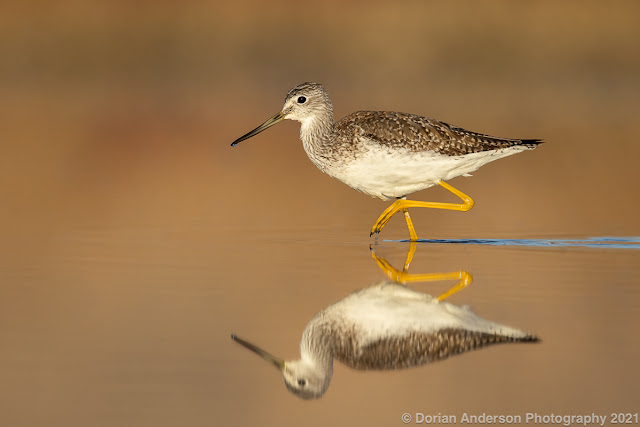 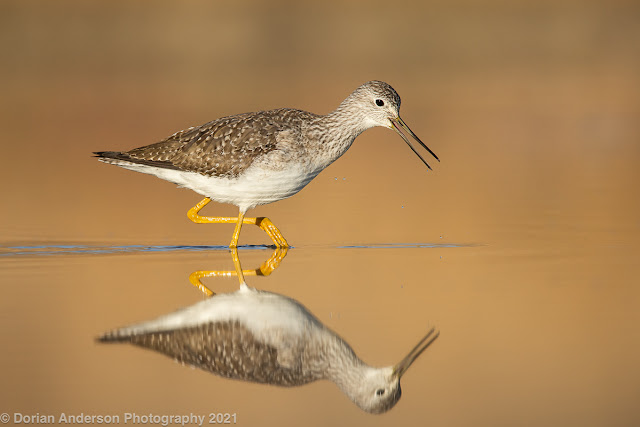 Besides those, I had mint opportunities at American Avocet and Black-necked Stilt. The color in all these shots is provided by the early-morning light reflecting off the rocky hillsides behind the impoundment. The stilt shot was taken earlier than the others; that's why it's the most color-saturated and dramatic of the bunch. The avocet waded hella close, and the crouched pose was the only way I could get the whole bird and reflection in the frame. Stoked with the water drop bouncing off the surface! 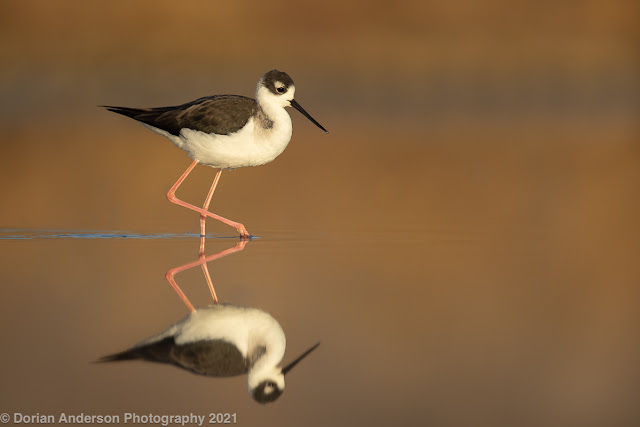 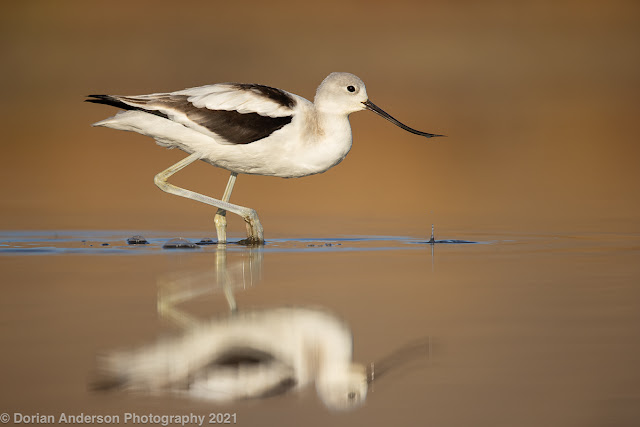 OK, enough shorebirds. Let's finish with two raptors. Birds of prey are a weak-point in my portfolio, so it's always nice to fluff-up those galleries. While I had several nice Merlin shots prior to this awesome encounter, the Red-tailed shot represents my best frame of that species. I'm not sure what the Merlin is eating, but relative abundance and light-colored legs suggest Savannah Sparrow.
Merlin - Falco columbarius
Canon 600mm f/4 IS II + 1.4x III on EOS R5
1/4000 at f/5.6, ISO 800 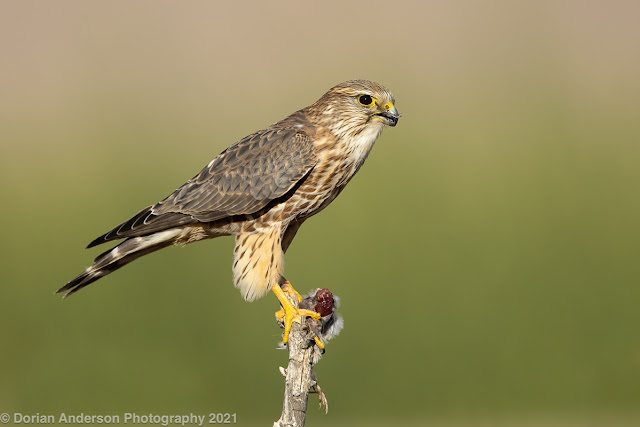 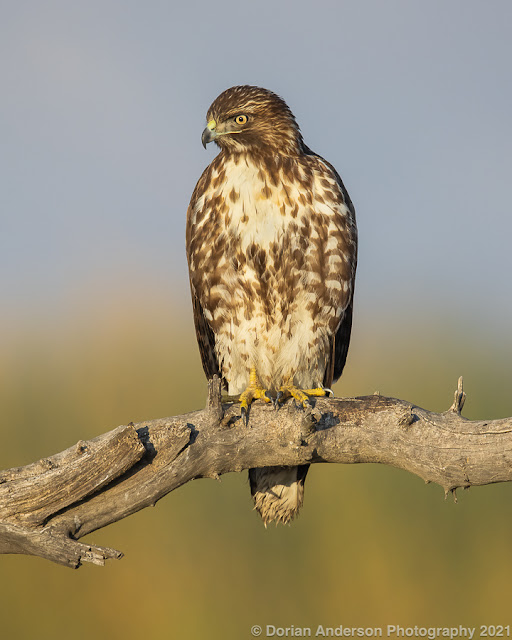 And for those who made it this far, let me point you towards a gallery of my favorite photos of 2021. Several of the shots in this post made the cut, and you'll find a bunch of Chilean birds represented as well. There are 25 images in total.
Here is a link to my phots from Chile. I ask for one good frame a day when I'm traveling -- shooting in new places is really tough, especially without idiot-proof set-ups like in Costa Rica, Ecuador, and Colombia -- so I'm super-satisfied with this haul of ~50.
And lastly, there is still space on the following tours which I anticipate leading for Tropical Birding:
Minnesota in Winter - Feb 5-10
Massachusetts in Winter - Feb 17-21
South Florida Birding with a Camera - April 23 to May 1
Coastal North Carolina (with two pelagics) - May 22-28
Newfoundland and Nova Scotia Birding with a Camera - June 28 to July 9
Yellowstone in Fall (photo) - Sept 11-16
California in Fall (with pelagic) - Sept 23 to Oct 2