For those that haven't yet heard, the ABA this past week voted to bring Hawaii under the rather arbitrary umbrella that is its jurisdiction. The most notable consequence of this largely symbolic change is that ABA birders can now count species that they observe in the 50th state towards their ABA totals. Beyond this, the decision has few functional consequences, but no one would know that from the amount of debate that the change has precipitated. Most of the debate centers on how ABA birders will administer their life lists moving forward. This is a rather trivial consideration as far as I am concerned, so what the heck is all the ruckus about?!??!

I'll do my best to briefly outline the debate. I'm sure I'm going to miss a point or two, but from what I've read I think these seem to be the main concerns of those who pushed for Hawaii's inclusion and those who pushed against it. 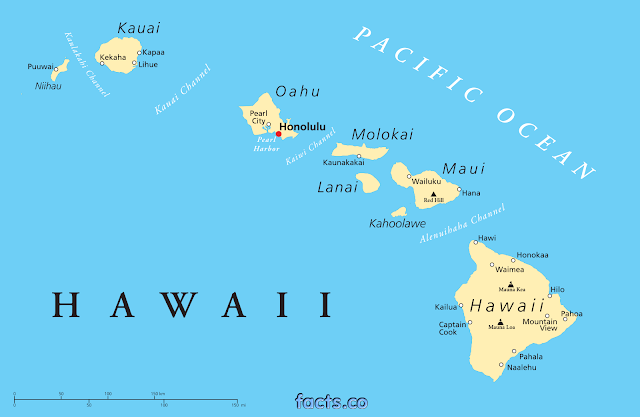 PRO
- The ABA area includes the other 49 states, so it may as well include Hawaii as well.
- Including Hawaii in the ABA area will make it easier to highlight the conservation challenges facing the state and its species.
- It will inject some fresh species into the ABA birding equation.

CON
- Hawaii's birdlife is more Asian than it is North American. It should be lumped into the South Pacific or Oceanic region, not the ABA area.
- Hawaii is too far away and/or isolated for most birders to visit. Its inclusion in the ABA area mostly benefits those with sufficient funds to reach it.
- The decision reflects the wishes of the ABA brass more so than the average birder.
- If Hawaii is added, Guam, Puerto Rico, and other areas might weedle their way in as well.
- Hawaii hasn't traditionally been included in the ABA area, and it should stay that way.

I can totally understand the argument that Hawaii may as well be included so as to bring it in from the cold, so to speak. If someone had 8 kids living with him/her but had only formally adopted 7 of them, the last one would understandably feel left out. From from an inclusion standpoint, I'm on board. Sure, some Hawaiian species, native and introduced, might seem misplaced considering the avifauna more traditionally encompassed in the ABA area, but who really cares? We love vagrant species precisely because they don't fit into our ABA or North American boxes. Yes, Hawaii had a disproportionate number of introduced Asian species, but that's the way the world is going. ABA birders currently count all sorts of introduced species, so Hawaii really isn't that different. A visit to South Florida or Southern California will easily reinforce this notion. 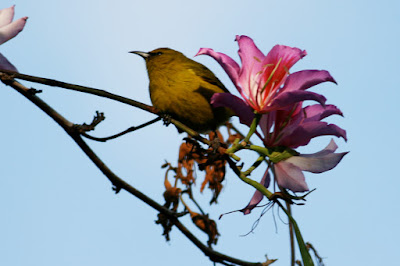 As for the conservation argument, I guess it mostly holds water - if we put on hold for a minute the certainty that including Hawaii in the ABA area will, if only in small amounts, drive increased numbers of birders to the islands as they try to build up their ABA lists. I generally think that the increased attention on issues of Hawaiian conservation will outweigh what pressure increased traffic from birders will cause, but we'll have to see moving forward.

As Hawaii is far away, getting there can be expensive. It just doesn't strike me that reaching Hawaii is any harder or more expensive than reaching many of the more remote points (Dry Tortugas, Northern/Western Alaska, e.g.) already included in the ABA area. I also think that a person is smoking crack if its his/her birdlist alone that motivates a trip to Hawaii. The archipelago is as culturally and biologically distinct as anywhere on the planet and makes a fine vacation destination regardless of whether or not its bird species count towards one's ABA list. If one is thinking that he/she now "has to" visit Hawaii to keep up with the listing Joneses, I think that that individual needs to take a serious look at his/her priorities. My one visit to Hawaii was amazing - the people, food, scenery, and everything else as much as the birds that I saw.

And, at this point, let's just call a spade a spade: Big time listing is more a function of money than anything else - birding skill or more general ecology knowledge included. This is why I don't really put a ton of emphasis on it. Yes, I know exactly where my own list currently stands, but I fully recognize that it says little about me as a birder or, more importantly, a human being. That some percentage of people might not be able to afford to travel to Hawaii shouldn't be a reason to exclude it. Hell, I can't afford to got to Gambell, Barrow, St. Paul, Adak, or Attu (mainly because I spend all my money on camera gear instead of running up my list), but that shouldn't be a reason to for me to whine about their inclusion in the ABA area. Each person should be content to bird within his or her own means. Everyone is always going to wish for more, myself included. That's not a reason to impede those who can from doing. And, since it was brought up in one online debate, I feel ZERO pity for some hard-core ABA lister who hasn't been to Hawaii being "jumped" by someone lower on the roles who has been to Hawaii. If one is so high in that ABA rankings that it matters to quibble over species, he/she certainly has the funds to go to Hawaii and collect those additional species. Ain't to many broke folk above the 800-species plateau, right? RIGHT? 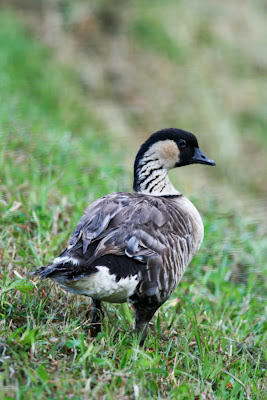 The decision to include Hawaii was not made by some grand dictator. While the ABA brass might have favored one outcome over another, the proposal ultimately passed by on an 80/20 percentage among the 2,000 people who voted on it. It was a small sample size, but, given the spread, the final outcome is likely representative of the larger community. It never got near "hanging chads" in this particular instance.

Lastly, I totally hear the argument for tradition. Even though I will get an instant bump of about 30 species or so from Hawaii's inclusion, I'll still cling tightly to my 712+2 tally moving forward. In fact, the next lifer I get will to me be #713, not #743 or whatever it proves to be with my Hawaiian birds thrown into the mix. I may at some point come around and starting quoting the full number, but for the moment I'll stick to what is familiar The bottom line is that adding Hawaii doesn't really change anything - unless you want it to. If you don't want to count Hawaiian birds, then don't. It's really that simple.

I imagine most readers could care less about this decision, and that's really the way it should be. It won't change the fact that most all of us will spend what free time we have in the field, near to home or farther afield. I would have been fine had the Hawaii issue never surfaced, and I'll be fine now that the state in included. Its inclusion makes more sense than nonsense, and I probably won't give it much thought moving forward anyway.

And, since I just got back from a really fast trip to Colombia, I'll post the best photo that I collected during my only two days of birding in the Andes. Like my first visit in March, I was brought along on a press trip as a writer/photographer. We are hoping to package my content from this trip with that from the first for a rather long essay on Colombian birding. (We were waiting for the peace deal to pass to release the content from my first trip which is why it hasn't materialized - yet.) So, please stay tuned for that at some point!

I will venture to say that it is going to take one hell of shot in the next two months to displace this shot as my favorite for 2016. I couldn't believe my luck when this incredibly secretive bird stepped right into the one beam of light that penetrated his usually dark, tangled, and understory home. 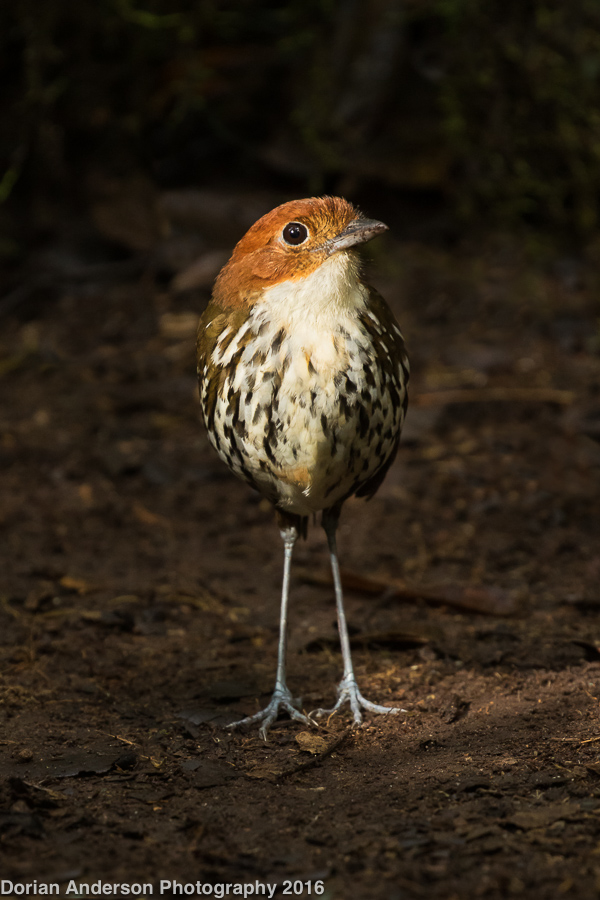 Posted by Dorian Anderson at 10:06 PM