While I am not a no-holds-barred-sort of ABA lister, I certainly enjoy the occasional or indulgent foray into the sometimes taboo pastime. Rarity chasing injects a distinct sort of excitement into the birding process, and it almost inevitably yields some memorable or funny story irrespective if the sought bird is found or missed. For example,I have chased 3 would-be ABA lifers in the last year: Gray Thrasher, Streak-backed Oriole, and Marsh Sandpiper. I was - thankfully - successful on each occasion, but the California Records Committee later tossed out the thrasher on grounds of questionable provenance. Regardless, each of the chases was a fun and exciting exercise and will be forever a part of my birding memory.

However, the excitement of chasing rarities, "poaching" as I often refer to the process, pales in comparison to finding rarities for myself. The feeling when I realize that I am looking at something totally unexpected simply isn't replicated by chasing previously reported birds. The last time I had that feeling was the 1st ABA record of Red-legged Honeycreeper that I helped find and document during my 2014 bicycle Big Year. I bring all this up as I, alongside Orange County birder Roger Schoedl, found a fantastic rarity in Central Park in Huntington Beach this past Saturday. Roger initially spotted the bird low in the lake bed, and I soon picked the same bird as it made its way towards me.

We didn't really have any solid leads on what the bird could be as it had so few field marks. Its eyeline and overall brown color were really all we had to go on. We kicked around a number of possibilities, mostly in the warbler and vireo realms, but nothing really fit given our brief views. Finally, the mystery bird sat still long enough for me to get a decent photo. 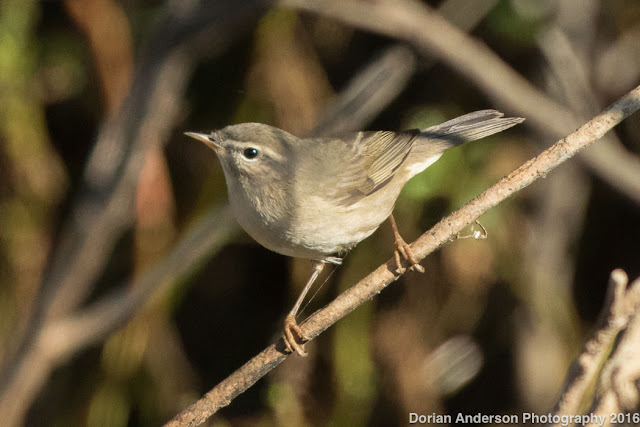 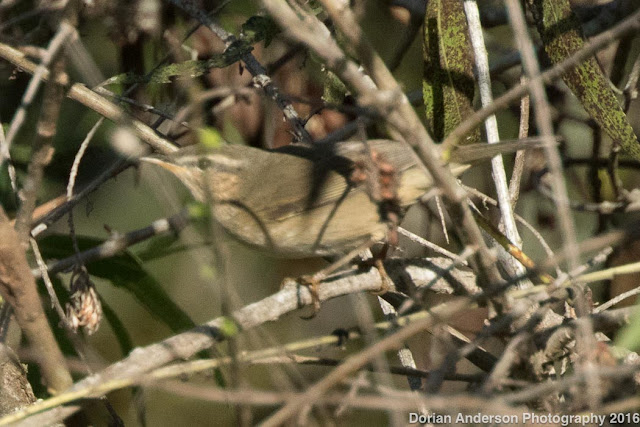 When I reviewed the photo on my camera, I immediately felt my mind turning over the possibilities. I knew we had something, REALLY good in front of us. I said to Roger, "Dude, call me crazy but I think this might be something from the Old World, like a Dusky Warbler." This was as around 8:50am. We watched the bird for another 5 minutes or so before it vanished into a large and impenetrable tangle of reeds, branches, and bushes. We immediately called a few birders who we knew were nearby. Two of them arrived in time to see the bird when it resurfaced 40 minutes later. That second appearance was painfully brief but enough for Brian Daniels, familiar with the species from time in Eurasia, to confirm the ID. At that point all alarm bells were sounded. Birders gathered through the afternoon, but the bird never resurfaced. Dozens of people searched all day Sunday, but the bird wasn't refound on that day either. So, it was apparently a one day - nay a hour hour - wonder! It was super exciting to find such an incredibly rare bird (ABA Code 4) during what I thought would be a pleasurable but otherwise routine swing through one of my usual haunts. You never know, right? That's a big part of why most of us love birding!

Ironically, Dusky Warbler was on my radar screen as one had been found in San Francisco just last week. I decided against chasing that bird as SF was too far and chasing migrating passerines is usually a losing proposition. I did look at a lot of the photos of that Dusky, so those images were fresh in my mind when our bird appeared. It is, of course, tempting to speculate that out bird and the SF bird are one and the same. The SF bird could have easily made its way to Huntington Beach during the intermittent week or so. There's no way we'll ever know for sure, but it's fun to consider the possibility. As rare as Dusky Warbler is, we probably miss a hundred for each one we find. I find it amazing that our bird (and the other CA birds) migrated to the correct latitude on the wrong side of the Pacific! 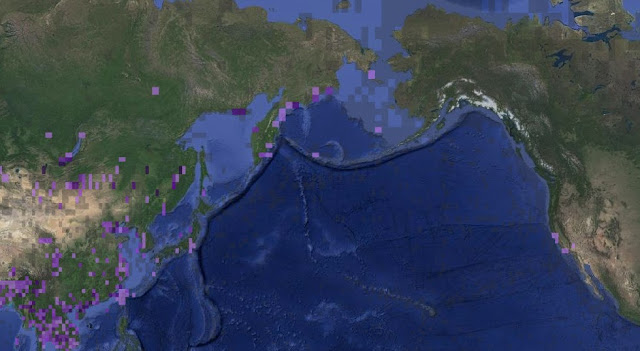 Dusky Warbler sightings in California.
Orange pins are from the last month.
Ours was the first in SoCal in 20 years. 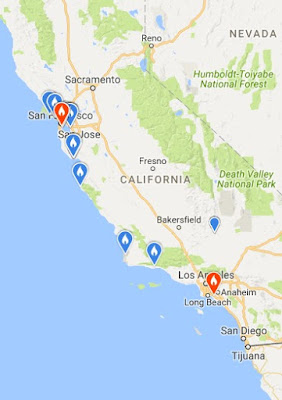 So, that's the story of how ABA seen species #712 joined my list. It was really, really sweet! Felt kinda like this.....

Posted by Dorian Anderson at 9:56 PM