Spring migration was really slow here in the Bay Area, but fall might be more interesting if recent trends continue. There have been a number of exciting shorebirds found in the East Bay, and Sandwich Tern and Sulphur-bellied Flycatcher have sent many birders sprinting towards the North Bay. As those destinations are a bit ambitious on the bike, I'm thankful that a number of unusual birds have presented in San Francisco, a destination I can reach under my own power.

The first of those is Ruddy Turnstone (RUTU), a species I've already observed -- by bike -- in San Mateo and Santa Clara Counties. Representatives have made sporadic appearances in San Francisco County since I moved to the Bay Area four years ago, but all disappeared before pursuits were possible. Fortunately, Sam Cooper found the first of three eventual birds on Ocean Beach on August 11th, and the trifecta hung in there until the 13th when I was able to catch up with two of them. These digiscoped photos are awful, but the birds kept running and flying under pressure of dogs and runners. I was just glad to get something.

To Ocean Beach and back, with bit of time at the Cliff House 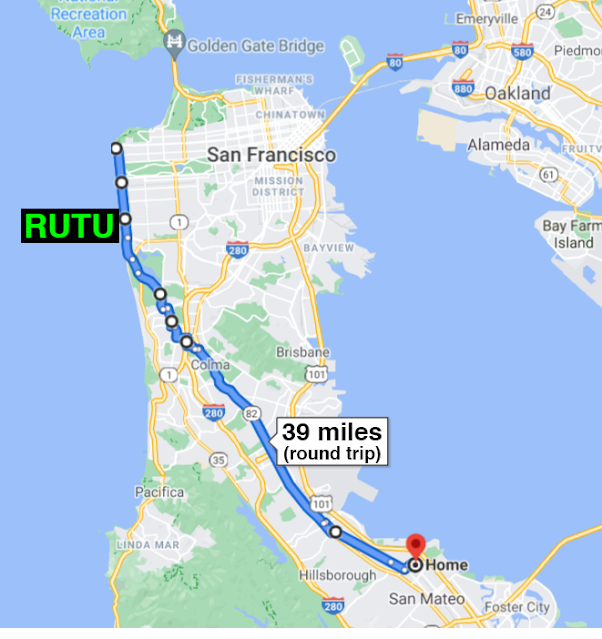 The SF excitement continued when Nina Bai found a Costa's Hummingbird (COHU) in the Presidio on August 18th. COHU would be new for my cumulative Bay Area Bike List -- the bird usually much farther south and east, in drier habitat -- but it was too late to organize a chase on that discovery day. When the bird was reported early on the 19th as well, I handled morning responsibility before powering north early-afternoon. The diminutive bird appeared in its favored bottlebrush 30 seconds after I arrived, and it spent the next fifteen minutes defending that food source as though it owned it. That behavior suggested that it might stick around for a while, and it's been reported daily through August 29th. A cool and cooperative regional rarity! 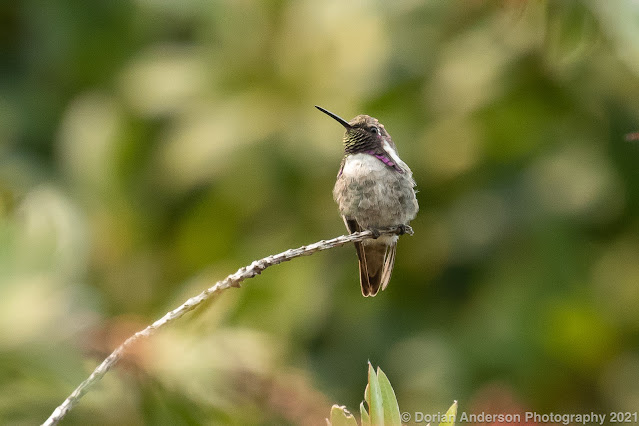 Since COHU appeared so quickly, I had time to look for the Brown Thrasher (BRTH) which Daniel Scali found in another part of the Presidio four days earlier, on August 15th.  I pursued the bird by car on that day, while returning from the Sulphur-bellied Flycatcher in Sonoma, but I failed to intersect it on that petroleum-powered pass. It favored a 200-yard stretch of impenetrable tangle, and I didn't have recourse beyond staring into the occupied ravine, a restriction rendering the search among the most boring I'd ever experienced. Given that consideration, I put the bird out of biking mind through the 16th, 17th, and 18th because I had better things to do than stare into bushes. However, when the bird continued through morning of the 19th, I decided to try for it post-COHU since I was already in the area. Anticipating a protracted and futile vigil, I was hella stoked when I spotted the shifty birding picking its way through the foliage after just 15 minutes. I never had an unobstructed view of the goddamn thing -- the flank visible at one point, the tail at another, and the head at a third -- but I was able to capture a record shot for blog purposes. This was only the second BRTH in the city in 20-some years, so it was great find by Daniel (and a strong poach by me). Coupled with COHU, it made for an amazing day on the bike!

To The Presidio and back 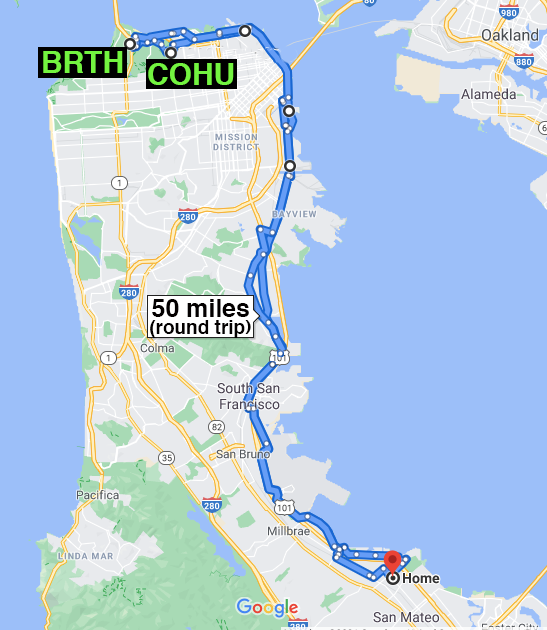 Otherwise, we at Alvaro's Adventures have been killing it on the ocean this month. Every trip is turning up something sweet. Between Hawaiian Petrel, Cook's Petrel (4), Short-tailed Shearwater (2), Flesh-footed Shearwater, Laysan Albatross, Manx Sheawater (2), Guadalupe Murrelet (2), and thousands of storm-petrels (mostly Black and Ashy with dozens of Wilsons and single Fork-tailed and Leach's mixed in), it's been a epic August. If this keeps up, then fall will be amazing! Many boats are already sold out, so don't delay if you're thinking about joining us.

That's it for now. Cheers!
Posted by Dorian Anderson at 4:11 PM