Fall migration is slowing down, but there this year's iteration brought loads of interesting birds to the Bay Area. Several of those appeared in San Francisco between October 8 and 12, and I'll use this post to highlight three trips I made to the city in that window. Fall is usually great weather around here, so its a fun time to be on the bike!

San Francisco, October 8
This afternoon sprint targeted three species: Long-billed Dowitcher (LBDO) and Pectoral Sandpiper (PESA) at Yosemite Slough on the bayshore and Philadelphia Vireo (PHVI) at Lake Merced. The two shorebirds aren't rare in the Bay Area, the dowitcher in particular, but there's next to no habitat for them in the city; hence they're good San Francisco County birds. Contrarily, the vireo is an excellent find anywhere in California, examples often found in urban parks which receive lots of coverage.

The vireo was the most exciting bird of the three, but I prioritized the two shorebirds since they'd occupied the same small pond for 4-5 consecutive days and would be easy to find, assuming they were present. The continuing group of 7 LBDOs was exactly as advertised when I reached Yosemite Slough (SF Bike Bird #225), but additional scanning over the next 30 minutes failed to reveal the PESA. Conceding that bird, I crossed the city for the PHVI but was unable to find it with remaining daylight. Originally found in the morning, it was last seen when I departed San Mateo at 2:30pm. Had I pursued it first, I would have spent remaining the remainder of the afternoon searching for it, failed to reach Yosemite Slough, and missed the LBDO as well. So, one outta three..... 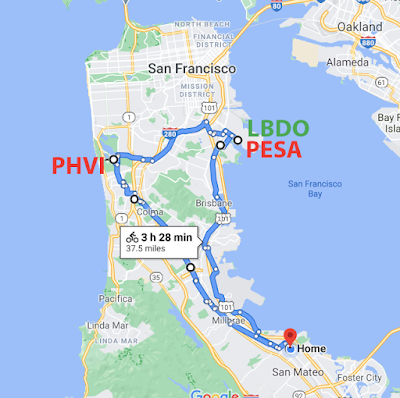 San Francisco, October 9
The stealthy vireo was seen for a second morning, so I returned to Lake Merced that afternoon. The bird wasn't around when I arrived but surfaced an hour later. I don't usually drag my 7D2 and 100-400 on top of my binoculars, scope, tripod, and biking supplies, but I prioritized the camera+lens over the scope+tripod for this passerine pursuit, a wise decision given how cooperative the bird was. 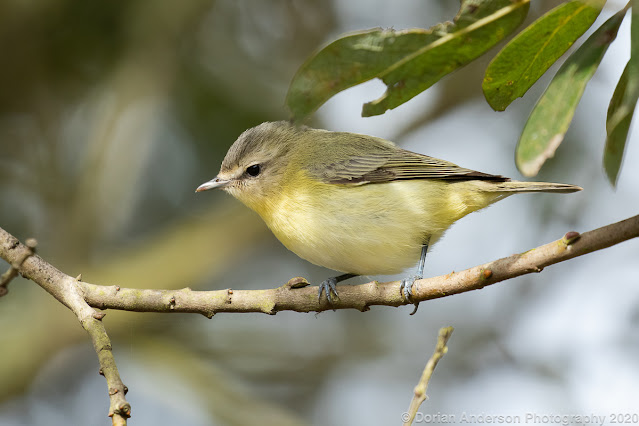 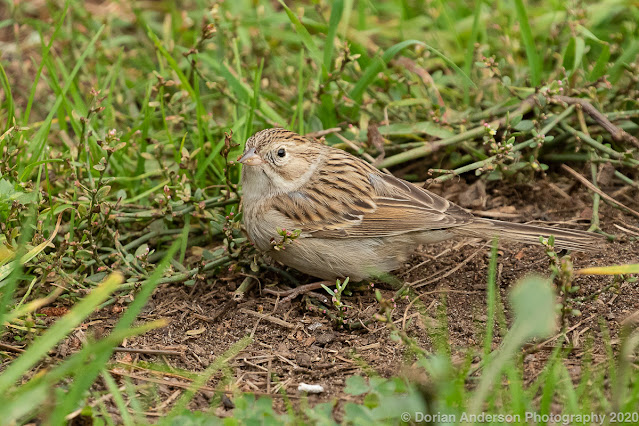 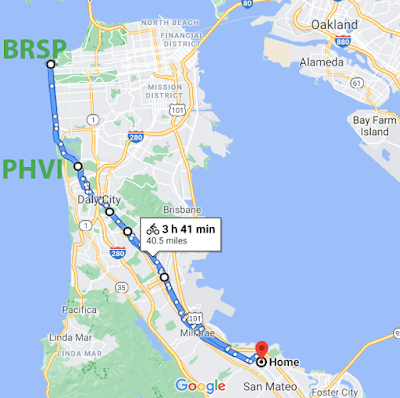 San Francisco, October 12
With Tropical Kingbird (TRKI) and Red Phalarope (REPH) reported from Lake Merced on the previous afternoon, I shuffled my schedule and made a morning run for that pair. I struck out on both, but ended up with three consolation prizes. The first was an overhead flock of Cackling Geese (CACG) for SF Bike Bird #228. The next was a completely unexpected Green-tailed Towhee (GTTO) which I found while looking for the TRKI. I was able to snap a quick digi-binoc of the GTTO (SF Bike Bird #229) before it vanished. While a number of us worked to relocated the towhee, Aaron Maizlish pointed out a Blackpoll Warbler (BLWA) for SF Bike Bird #230. I took off before the towhee was refound, but it did surface for many others that afternoon and through the following day. Frustratingly, the REPH was also seen later in the day, so I should have looked harder for that bird while I was there. Given that the towhee was a better bird than either TRKI or REPH, I chalked the morning up as a big win. I'd seen REPH in SF waters on pelagic trips, and I'm sure I'll get one by bike in SF eventually.

Digi-binoc shots of Green-tailed Towhee and Blackpoll Warbler.
Had the scope to look for REPH, so no real camera...... 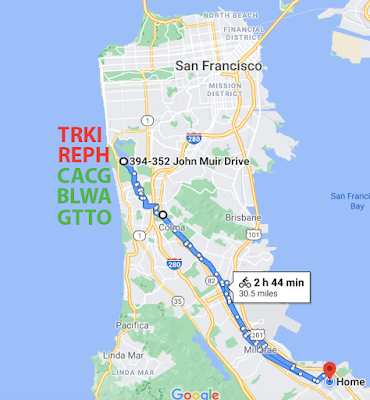 OK, that's it for this installment! Cheers!
Posted by Dorian Anderson at 10:17 PM