Post #140 - Playing human lives against one another: an ecotourism perspective

Real quick - Please feel free to share the link to this post/blog through your various birding and online networks! The more people that know about this project, the better! OK, on with the show....

As many of you know, I am currently in Colombia helping the National Audubon Society with an ongoing avitourism project. Most generally, the idea is to develop a series of birding routes, or trails, around the country. Sample itineraries for each trail will be publicly available, and the hope is that individuals or tour companies will be able to use those templates verbatim or modify them to suite their specific needs. The goals are to demystify Colombian birding and develop avitourism as a viable and sustainable revenue stream as the country continues to stabilize in the wake of the Colombian Peace Agreement. Long term, we hope that those individuals with an economic stake in the preservation of Colombia's habitat and associated birds will lead conservation efforts within the country. I wrote a bit more about the project in May, so please see that post (#137) if this rather quick overview doesn't satisfy you! 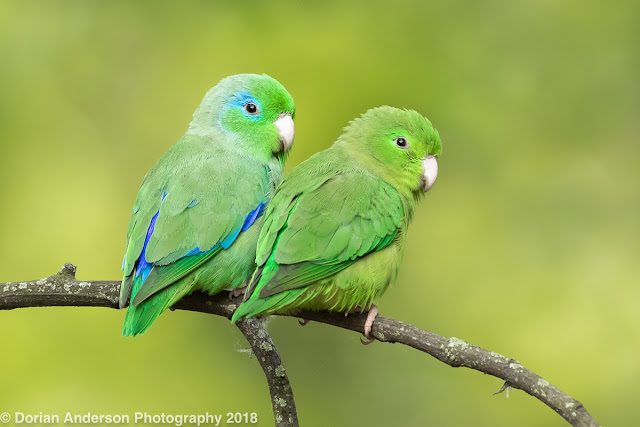 I was peripherally involved in the creation of the the first two Colombian birding trails, the Northern Colombia Birding Trail and the Central Andean Birding Trail, mostly as guinea pig to test those itineraries as designed by upstream others. This time I am playing a much larger and important role as I will help design two entirely new itineraries, The Southwestern Andean Birding Trail running through Valle del Cauca, Cauca, and Nariño and the Eastern Andean Birding Trail running through Boyacá, Cundinamarca, Tolima, and Huila. I am now visiting a whole bunch of preselected birding sites - some established, others new - and will afterwards decide not only which of those sites should feature in the itinerary but also suggest how those sites should be connected to create the functional trail. With so many moving pieces and possibilities, the scientist/engineer in me is loving the challenge! 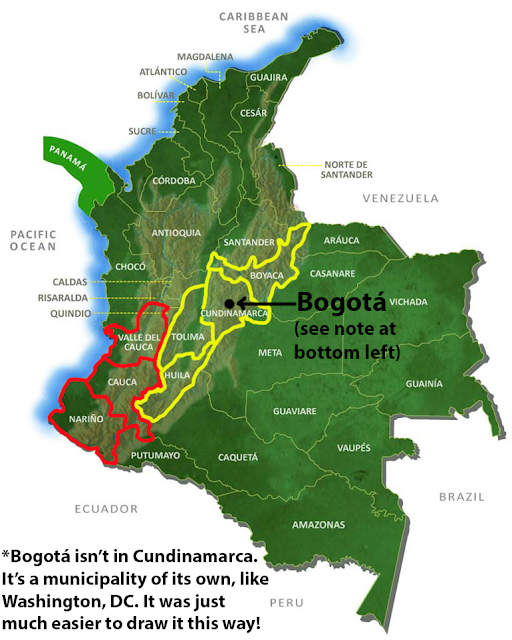 As awesome as it is to spend 42 days touring around these particular departments (and an additional 7 days of personal time in Caldas), it isn't all fun and games. I am being asked to make some very important decisions, decisions I understand will greatly affect people's lives. To understand this better, let's look at one of the decisions I am facing. Last week, I visited two very different lodgings in approximately the same area. The first property is an established guesthouse close to a small town. It is relatively posh, there are hummingbird feeders all over the perfectly manicured garden, and I know any birder would enjoy his or her visit. The woman who owns the home is wonderful, and her passion for birds is evident in every detail, the custom painted hummingbird plates included. It is about an hour drive from that house to a specific birding area.

The other property is a very basic family finca exactly adjacent to that same birding area. There is no hot water, meals are simple, and the owners like birds but do not fully understand the birding and hospitality industry. They tried putting up feeders, weren't successful in attracting birds, and eventually gave up (in speaking with them, I immediately realized the mistakes they made and advised them how to go about it again). They desperately want to become a birding destination, but they do not have capital to invest in the property. They too are wonderful people, and I was so thankful that they shared their home with me for a night. 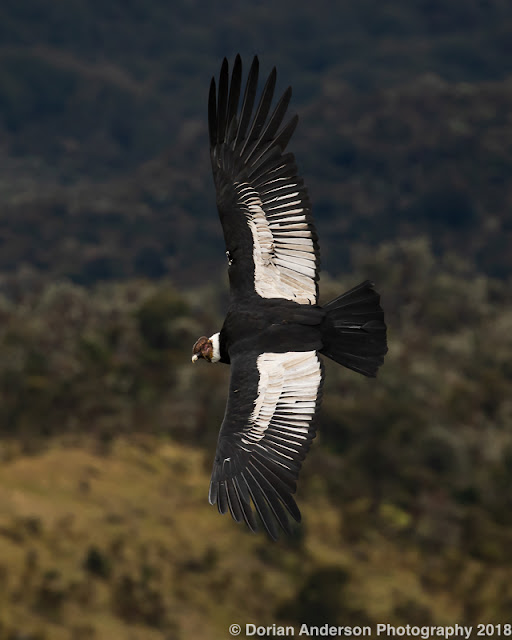 As both properties offer access to the same birding area, though the finca is much closer, I really need to chose one to be part of the official Audubon itinerary. The guest house might seem the easy pick, but that would really crush the hopes of the finca folks as they know being featured in the itinerary could economically change their lives. Do I ask birders (i.e. you) to forgo the comforts and conveniences of a much nicer place to economically help a family that could really use it? Or do I reward the person who has already invested thousands of hours and a lot of capital into her property? If I recommend the guesthouse, every birder will like it. But If I recommend the finca, I know at least some fraction of birders will be disappointed with the product - at least as it stands now. The finca therefore needs to come with a qualification; the guesthouse does not. Who among us is willing to stay at the finca now to help them earn the capital for the improvements they will need to make in the future? If I recommend a rustic place one night, do I need to recommend a nicer one the next? And does that second recommendation come at the expense of another family trying to put a bit more bread on the table? 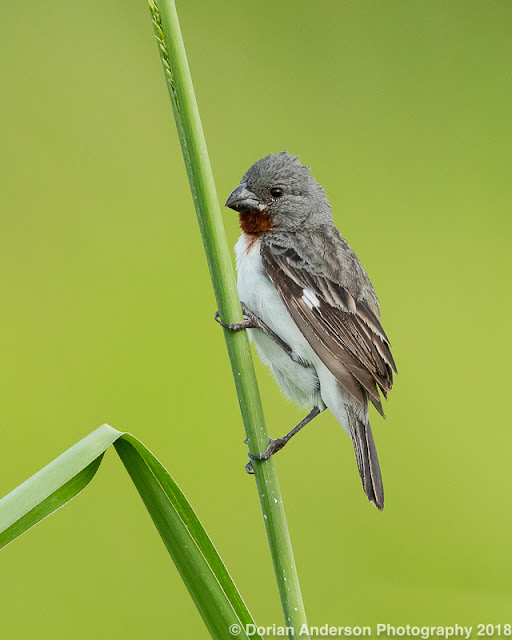 This is the human side of bird tourism, a side we tend to ignore as we move from nice lodge to nice lodge. My general feeling is that the more comforts we as travelers are willing to sacrifice, the more we will learn as a result. But that's optimistic and coming from me, a guy who was willing to forgo the ease of vehicular travel for a year to bird the United States by bike. In trying to sort through all of the lodging and birding possibilities, I need be be in the mindset of the average birder; I cannot rely on my own standards as I know I can rough it in ways that most other birders - particularly those older and wealthier - would probably want to avoid. Interestingly, price isn't much of a consideration as lodging is so much cheaper here than in the US. Anyone who has bough the plane ticket to get here can basically afford to stay anywhere. I've found basic lodging (with 3 meals) for as little as $10-15 US per night.

I could make this work for a night! How about you? 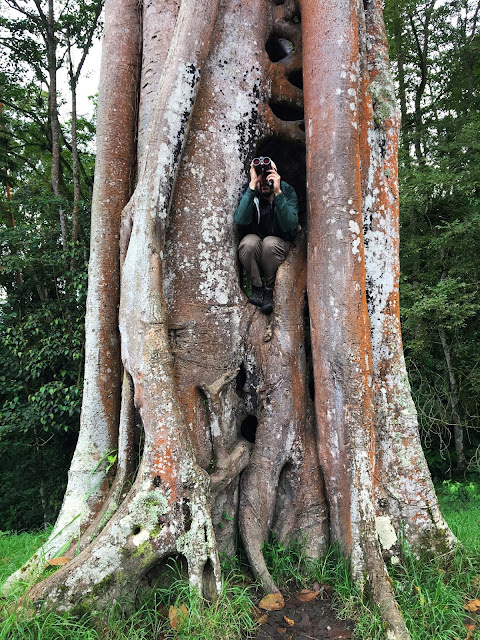 So these are the sort of things - beyond purely birding considerations - that I will have to think about as I plan out these itineraries. I'd love to hear some thoughts on this if any of you have the time. I'd be particularly interested to know what comforts you're willing to sacrifice. Can you deal without a hot shower for a night? What about several consecutive? Do you need a private room? A private bathroom? Are you OK sleeping in a bunkroom with 4-8 other people? Do you want to choose your own food or are you OK eating whatever is served to a group? How many lunches and dinners in a row could you eat chicken, rice, and plantains, the default meal in rural areas (for example, I had a stretch of 3 days where that was what was served for lunch and dinner). Is sacrificing comfort something you're willing to do if you know it's really going to help someone else? Fear no judgement from me, this is purely research. As always, I'd prefer comments on the blog, but I'll take emails if people don't feeling like posting their thoughts and preferences publicly. That's it for now, cheers!

The end.
A Blue-winged Mountain-Tanager flees my lens.... 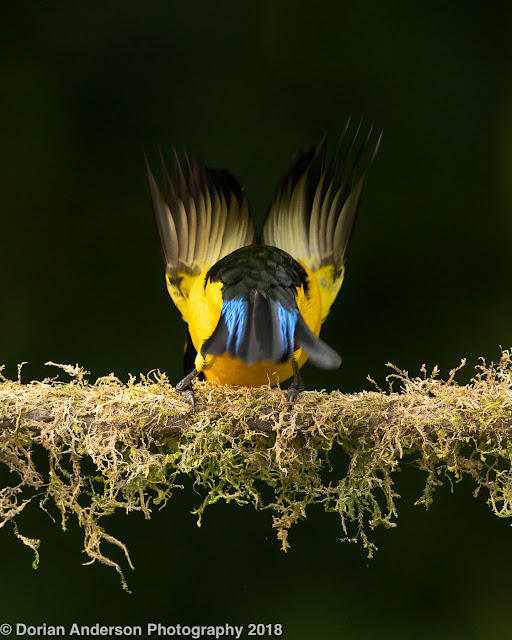 Posted by Dorian Anderson at 3:45 PM