I moved from Los Angeles to San Mateo in May of this year. At that time, I had a partially torn calf muscle and did not do any biking for the first month that I was here. Once June rolled around my leg was well enough to do some local bike-birding, mostly along the flat shores of the San Francisco Bay right out the back of my apartment. My leg has since fully healed, and I have been getting correspondingly more adventurous as the summer has transitioned into fall and the birding has picked-up. Right now, I shoot for one 40- to 50-mile ride each week and whatever shorter jaunts along the bayshore time permits. I've got my last three pelagic trips of the fall this weekend, so once those shut down I'll have a bit more time to dedicate to terrestrial bike-birding. 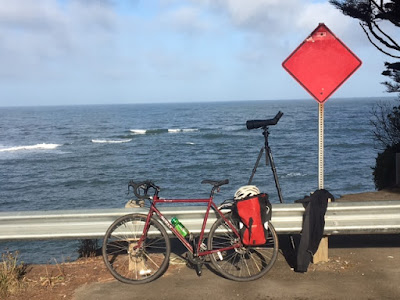 I had a particularly good ride last week, one that took me first over the mountains to Moss Beach. From that vantage I was able to add pelagic species such as Sooty, Pink-footed, and Buller's Shearwaters, 3 birds not traditionally associated with bike-birding. I also had Golden-crowned Kinglet, Fox Sparrow, Lincoln's Sparrow, and White-throated Sparrow, all of which were county bike-birds for me. Later, I rode back through Half Moon Bay where I added Laughing Gull, a nice bird this far north, and another pelagic bird, Parasitic Jaeger. From there is was a bit further south to grab Common Gallinule before again climbing the mountains to return home.

A stop at the beach in Half Moon Bay 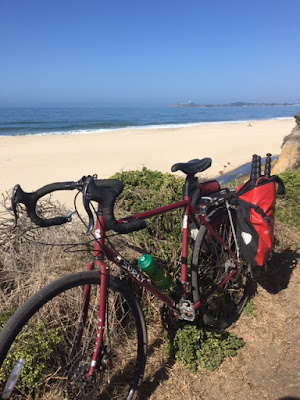 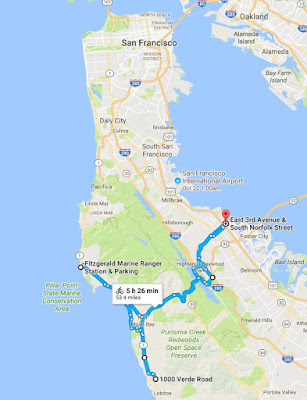 This past weekend was particularly exciting as a Dusky Warbler was found just a mile up the bayshore from my apartment. I jumped on my bike as soon as I received word of the bird and easily bagged it for my San Mateo County Bike List. Dusky Warbler was actually a bike lifer as it was not one of the 618 that I found during my bicycle Big Year in 2014. So that was really cool. It was my first bike-lifer since that effort. if this sounds familiar, that's because Roger Schoedl and I found a Dusky Warbler in Huntington Beach last year. Amazingly, we found that bird on October 8, 2016 and this bird appeared on October 8, 2017! 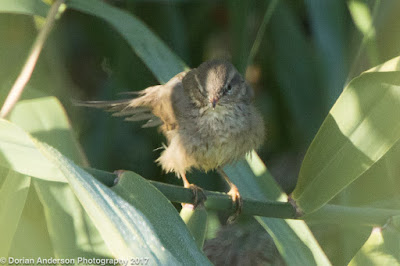 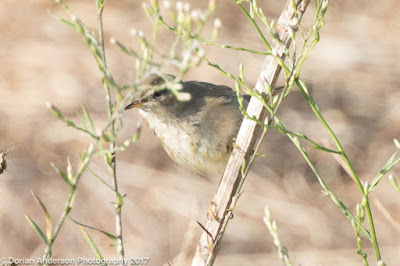 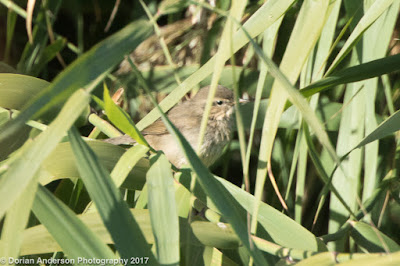 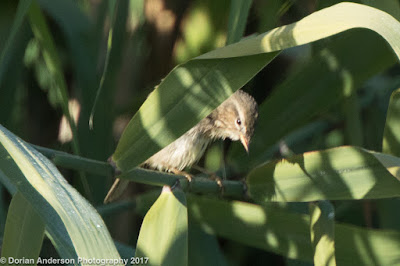 So, with the addition of that Old World warbler and Merlin on that same morning, I've now pushed my San Mateo County bike list to 180 species (most recent additions at end of post). All of those were collected on out-and-back efforts starting and ending at my home, so zero use of fuel at any point. Minus occasional car-chases for would-be ABA lifers and driving to pelagic trips, I've basically abandoned the car for purely birding purposes. I still use it for photography as that pastime often requires me to lug a lot of gear to wherever I'm going, often before the sun rises. I have, however, found a couple of photographically productive spots on the bayshore to which I can easily ride my bike. So, in that respect I guess I'm trying to make bike bird photography 'a thing' now as well. I'm pretty happy with the results so far, but you can judge for yourself. Those of you paying attention to the shooting info might notice that I've recently added the 5D Mark IV to my arsenal. I'll write more about it at some point, but I'll say now that I'm totally in love with it.

AGAIN, ALL OF THESE WERE TAKEN
USING MY BIKE - NO CAR! 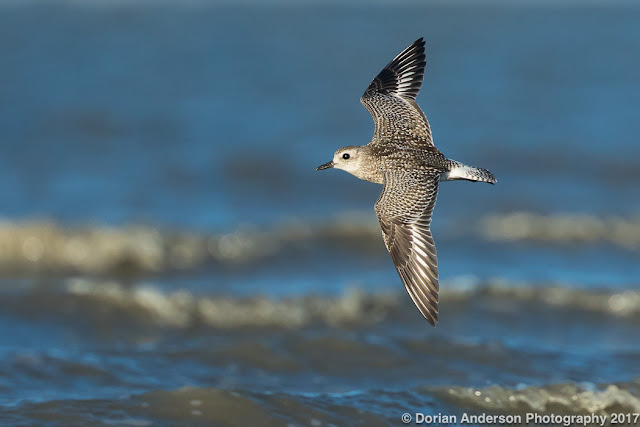 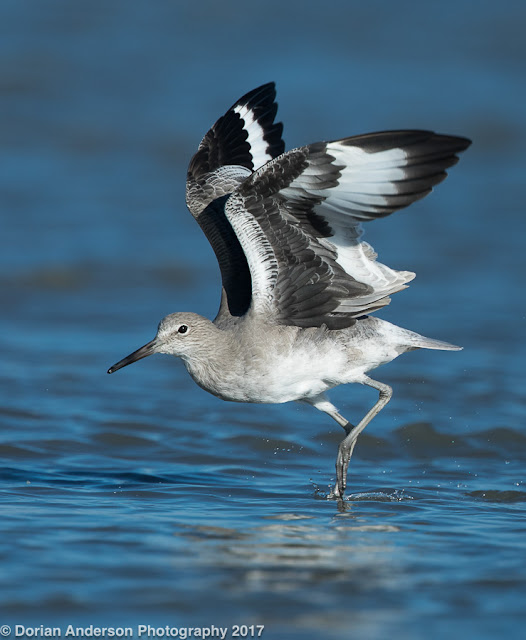 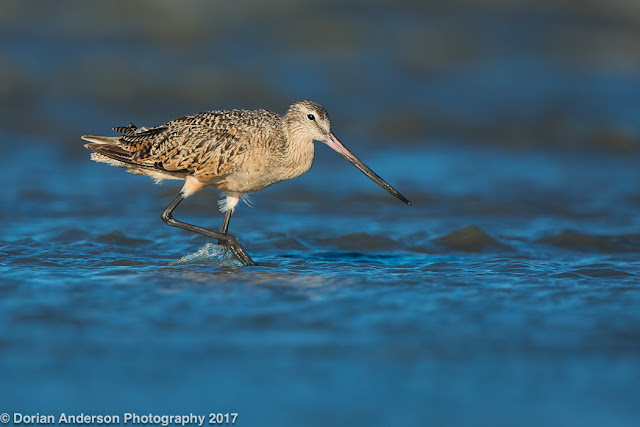 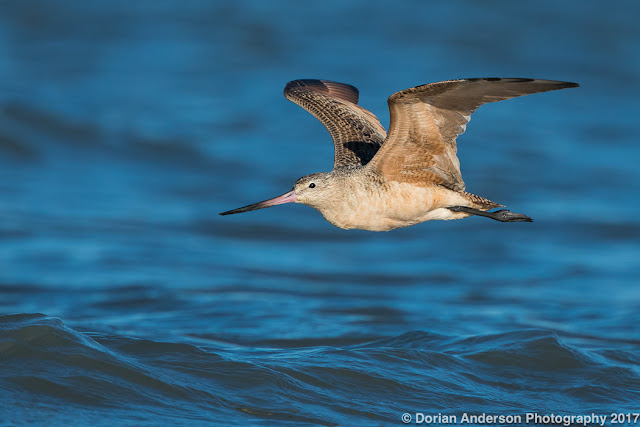 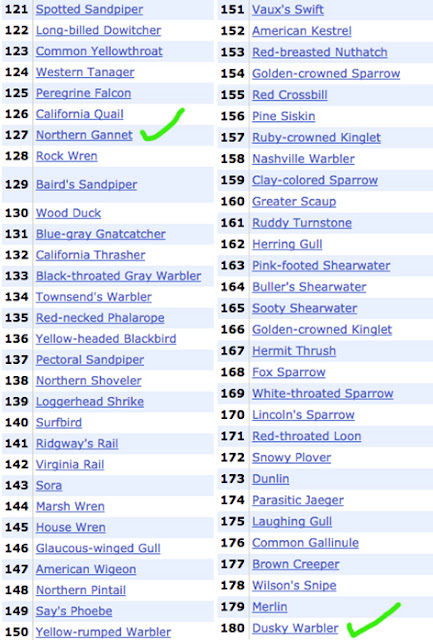 OK, that's it for now. There's a lot of stuff in this post, and I hope at least some of it inspires at least a few of you to ditch the car for a day and try out the bike instead. It's way more fun and rewarding than driving everywhere!
Posted by Dorian Anderson at 6:57 PM