I leave for Belize and Guatemala in a few hours, but I wanted to leave you guys with at least something since I'm still grinding away on the Spain recap. That something is "Real Birders Still Don't Wear White". This just-released collection of essays is a follow-up to "Real Birders Don't Wear White" which was originally published in 2007. The most recent installment, like its predecessor, features essays by well-known birding personalities on a wide variety of birding and conservation topics. Most of the authors are true heavy-hitters in the bird world, so I was understandably surprised when the publisher contacted me about contributing. It took me a bit of time to come up with a topic, but I eventually settled on the relationship between birders and hunters. My general message is that birders would be well-served to liaise with hunters for conservation purposes, but you'll have to read the chapter to see how I reached that assertion. 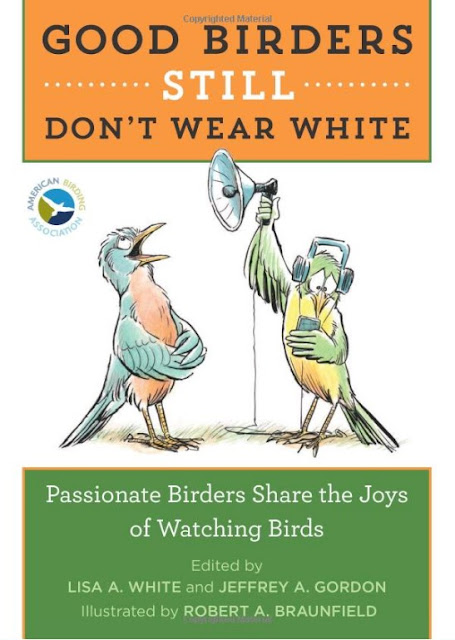 Without getting too political, I would say that recent attempts to sell off public lands to the highest corporate bidder have highlighted the importance of a birder-hunter conservation alliance. Hunters actually put up the greatest resistance to the proposed sales, and as a result many of the politicians pushing for those sales backed off for fear of marginalizing the hunting and gun-owning voting block. I don't understand hunting and I never will, but that doesn't mean that hunters can't be powerful allies in the conservation fight moving forward. It's really important to see that we have more in common than might be gleaned from a quick and dirty, surface inspection. Like I said, I write more about this connection in my essay in the book.

Lastly, please consider following the blog is you haven't done so already. It will make you the life of any party! You can do this using the link below the "Blog Archives" on the right hand side of this page. Thanks!

Here's one I got at my local patch yesterday afternoon. I just went over there with my camera to work out a few settings before my trip and BAM - I unexpectedly got this! 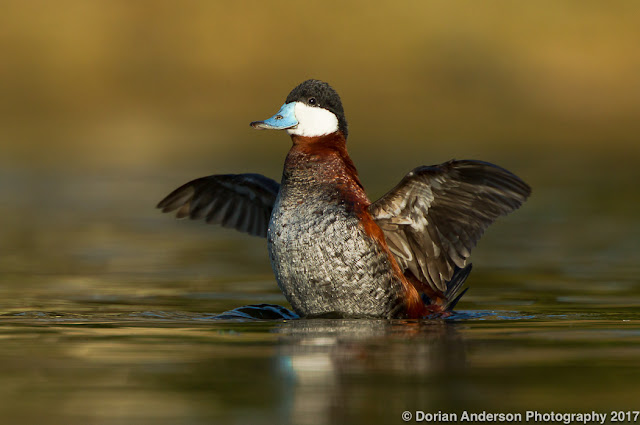 Posted by Dorian Anderson at 2:16 PM