Post #82 - By request, how has my photography changed over time? Long with lots of photos!

I was recently contacted by Light, a new camera and camera technology company. They are developing a cell phone-sized camera capable of competing with traditional SLR camera bodies and interchangeable lenses. In an admitted cross-promotional effort, the company contacted me and asked me to put together a blogpost about how my own photography has evolved over time. That post (or rather this post) would then be used as part of an ongoing series on their website that highlights the work of a number of photographers. I had to admit that I got a bit of a laugh when Light contacted me. I mean, I'm more of a weekend hack than anything else. They nonetheless insisted, and I finally acquiesced. I hope that at least some folks will find what I have to say helpful or informative! 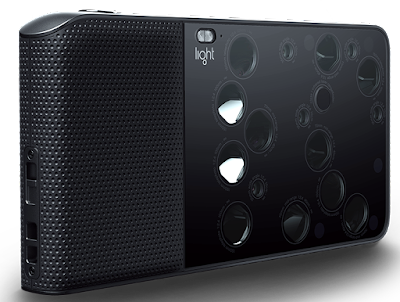 Let me just say quickly that Light's camera/technology is not designed for bird photography. Their product is very clever and cool, but is suited instead for more general photography, the sort for which an SLR with a 24-70mm lens might otherwise suffice. With that out of the way, I'll dive right into the evolution of my own photography as so requested.

My entry into bird photography was - unsurprisingly - my birdwatching obsession, and I think my photography reflects this. While many bird photographers shoot strictly hummingbirds, or raptors, or colorful birds, I shoot anything and everything. I am just as stoked about photographing a sparrow as I am a bird of prey. So, while I honestly don't think my photographic style is super unique, my appreciation for all examples avian is more so. I've recently blogged about observing behavior to make better photographs, so for the assignment I'll stick to a few general principles that I have come to rely on since I started shooting birds in 2011. The four points I will touch on are as follows:

1) Collecting natural looking frames
When I first started photographing birds, I shot anything. It didn't matter what the context was, all I wanted was output. As a result of this, I photographed birds on feeders, fences, and a host of other man-made objects. Some of the photos were nice, but, as I gained more experience, I went to greater lengths to keep non-natural entities out of my frames. Now, I won't bother shooting birds on posts or even branches/logs that have been obviously cut by saws. Ensuring that my shots appear 100% natural adds both additional challenge and satisfaction to the process. Avoiding man-made influences in one's frames is as simple as making the decision to do it. There are some really nice frames of birds on man-made objects, but that style just isn't for me anymore.


Brewer's Sparrow and Northern Cardinal (both 2011) 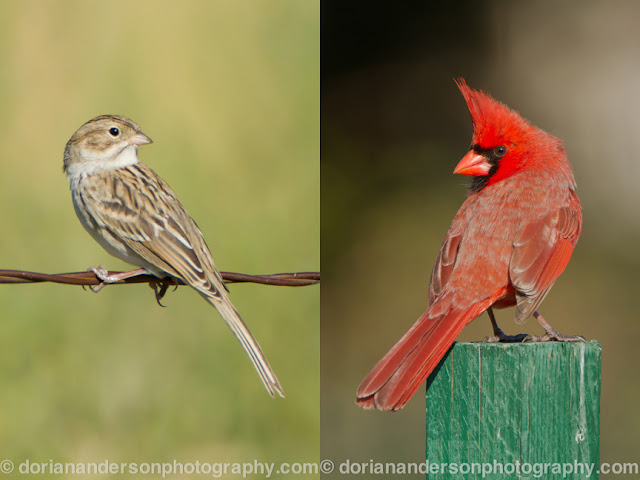 And here is a shot I collected in Colombia just 3 weeks ago. Natural perch looks dope, right? (Slang note for my mom, dope = good) 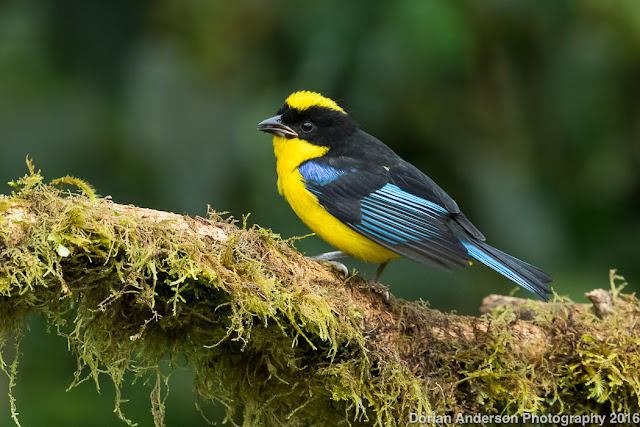 2) Shooting at eye level and getting direct eye contact with the subject bird
In my experience, shooting birds either well above or well below me rarely produces satisfactory results. There are certainly exceptions to this, but I usually go to painstaking lengths to be at the bird's eye level when I hit the shutter. Shorebirds, in particular, require the photographer "get low" so as to imbue the otherwise small, ground-level birds with the sort of gargantuan personality that draws a viewer into the photo. Sadly, I don't have any "high-angle" shots as I have from day on subscribed to the eye level theory. I can, however, illustrate how important the resultant eye-contact is. I was able to get low on both these shots, but the head angle and gaze really makes the second a whole lot better than the first.

The first photo was taken back in 2013. The shot is almost there, but he's not looking directly at me and the shot lacks the desired connection as a result. 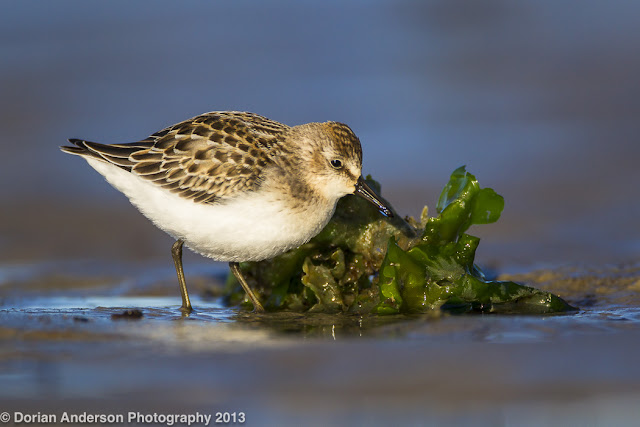 This next guy knows I'm there, and he's giving me a nice look as a result. I'm always looking for similar engagement from my subjects. It all hangs on the precise angle of the bird's head and gaze when the shutter is pressed. Sometimes I get lucky and at others I miss by a fraction of a second. That's what makes it fun, right? 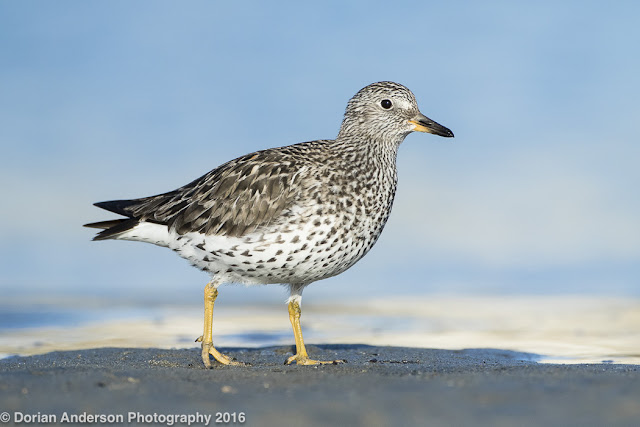 This one is really, really tricky. I generally seek clean frames, that is, frames that contain as few distracting elements as possible. The Surfbird above is an example of a really clean shot. However, clean shots often neglect the surrounding habitat and how the bird usually appears in it. This is particularly true for passerines (perching birds). This next shot is from 2012. It's nice, but there are a lot of leaves that muddle up the frame. It does, however, depict the Baltimore Oriole as it is often observed in the field. This is what I might call a nice 'in-habitat' shot. 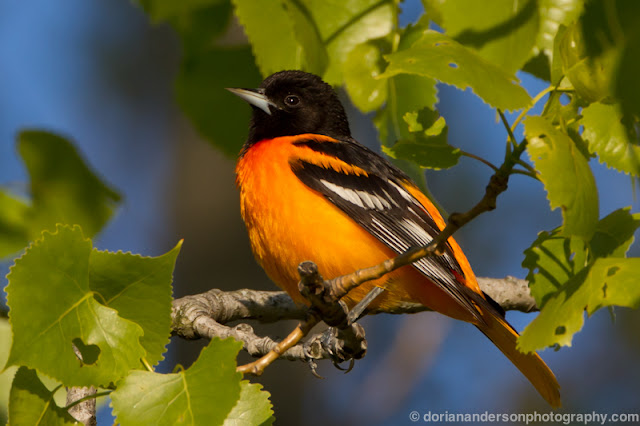 Compare that to the next shot, a clearly set-up shot. By 'set-up' I mean I was in a blind and there was a feeder strategically placed just left of this perch. The bird 'pops' much more against this clean, preconceived background that it does in the admittedly more spontaneous, more natural looking shot above. 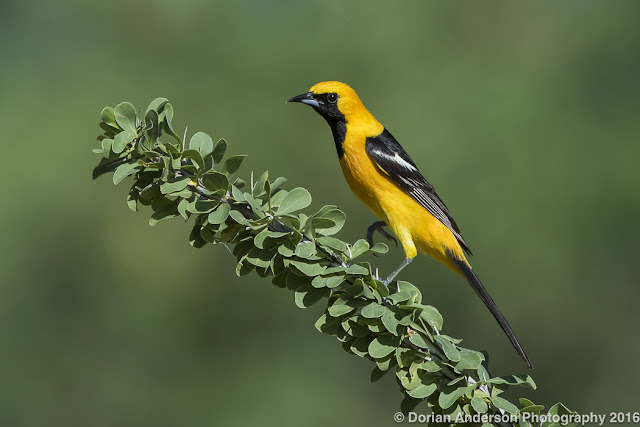 I have also generally "loosened" my crops over the years to included more habitat and give my subjects a bit of breathing room in the frame. Balancing subject and surrounds is more of a stylistic preference that anything else. It's also possible to create "birdscapes", landscape shots that incorporate birds. I've recently tried my hand at this, but it is tough to find a situation where it works well. Here is one of my better efforts. I think this shot really shows the habitat and context nicely. 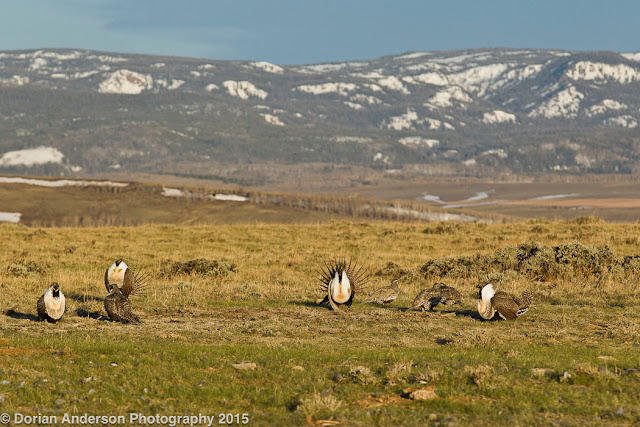 4) Action, action, action!
This is pretty self-explanatory; Shots of birds doing things are more interesting than shots of birds just standing there. This is sometimes really difficult to accomplish, particularly when it comes to small birds like passerines that move really fast. Even if it's just something subtle, like the body lean and leg lift in the Hooded Oriole shot above, any amount of action strengthens the shot. Flight shots are surely some of the most prized, but they can be really challenging to acquire. Here are two shots where I think I did OK. 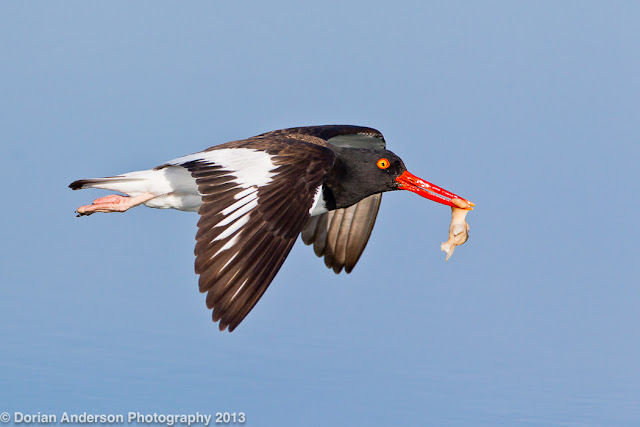 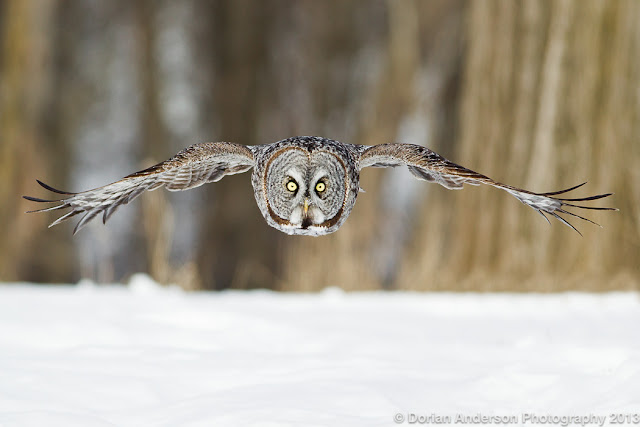 If there's a criticism I have of my own photography, its that all of my shots are similarly structured and proportioned. The bird occupies a similar part of the frame with some space and perhaps some amount of habitat for context. My shots are a bit formulaic, but the formula exists for a reason (because it generally produces nice photos!). I really haven't transitioned to making more creative, artful photographs at this point in my photography "career". Part of that is that I am a birder, and I do like seeing all the relevant field marks on my subjects. I would like in the future to break away from some of the conventions on which I still rely. Maybe I'll have an update a few years from now.

A special thanks to Light for inviting me to participate in this project. It was quite a bit of work to put this together but was an equal amount of fun!

Until next time, be good to each other, will ya?
Posted by Dorian Anderson at 8:42 PM