Post #12 - All it takes is one good bird, good behavior, Boston bound!

For the first time in a few weeks, I was actually able to escape Manhattan. I spent last night out Long Island. I had planned to sleep on my friends' inflatable bed, but a few swift chomps by their bulldog punctured it. Bulldogs are apparently in no danger of being too smart for their own good. Luckily, I had a camping pad in my car that I have been keeping at their house. It wasn't the best night's sleep, but the story more than makes up for it.

I spent the most of the day at Jones Beach. There were the usual sea ducks, gulls, a few raptors. I saw at least 4-5 Rough-legged hawks. It has been an incredible year for those around New York, at least as far as I can discern. A few Horned larks and Snow buntings made cameos, and the usual gaggle of finches and sparrows was scurrying about as well.

The bird of the day was the certainly the Northern saw-whet owl to which some nice folks directed me. The bird has apparently been in the area for a few days, but it doesn't roost in the same spot every night. There were a lot of people birding the area today, and it seemed like everyone who was there was able to see the owl. Somewhat surprisingly, everyone was on perfect behavior. All too often people get so excited about owls that they scare them off by approaching too closely. The owl today was perched ~8 feet off the ground (saw-whets often perch around eye level). Great views were had by all from just 10 feet away. Saw-whets are notoriously tame and approachable. Although this distance might seem like an encroachment, it is a perfectly acceptable distance for this species. For other species of owls, notably Snowy, a much wider radius must me respected. The bird today never looked agitated or fluffed his wings like he was readying to fly away. He hardly opened his eyes as he dozed. As it only takes knucklehead to scare the bird off, it was really refreshing to see everyone respecting the owl's boundaries today. 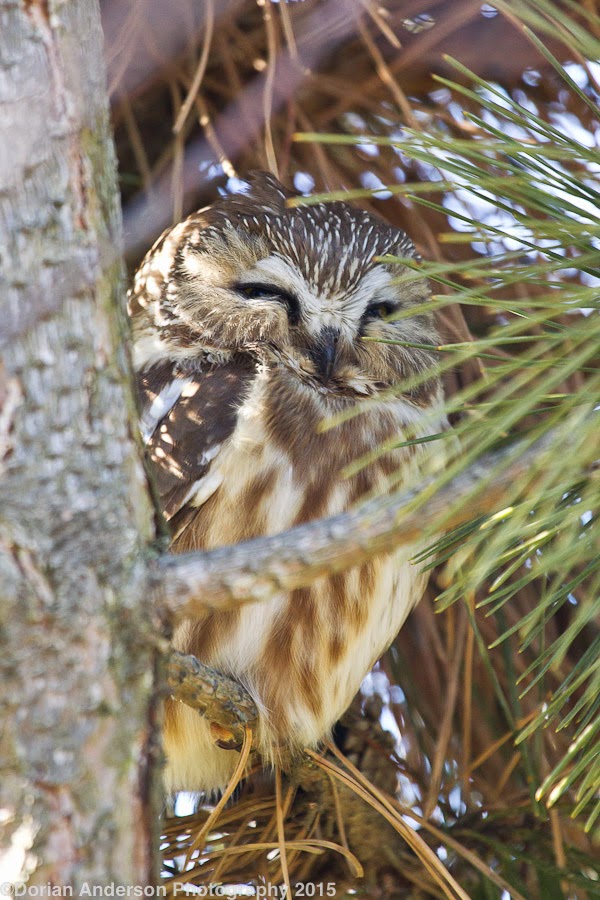 I am excited to be visiting Boston for a few days this next week. I should be able to squeeze in one day of birding at my old haunts. This would be my first Bay State birding since I biked out that freezer in January of 2014! The winter birding in Massachusetts is by far the best in the Northeast. There are also several places (Gloucester, Provincetown) that are incredibly photo friendly. I have yet to find anywhere on Long Island that rivals either of those two spots from a photography standpoint. If I can manage some decent shots, I'll be sure to them posted just as soon as I can. In case I strike out completely, here's a Thick-billed murre from my vault of Massachusetts bird photos! 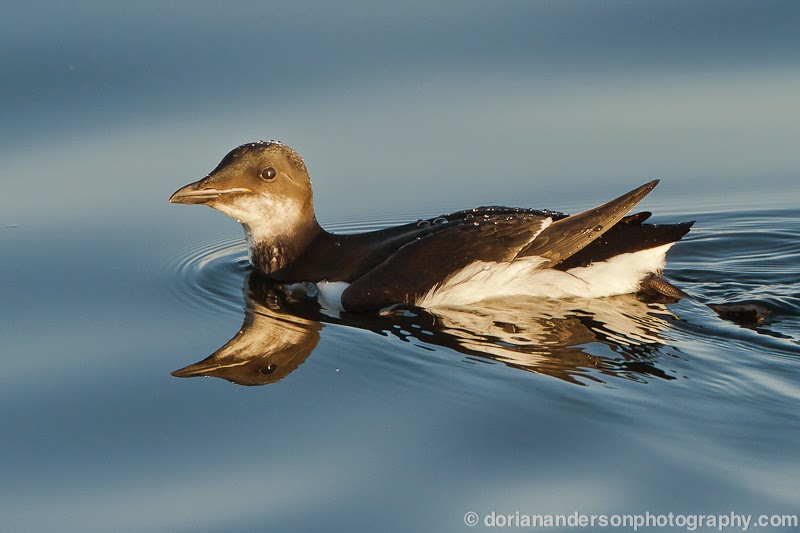 Posted by Dorian Anderson at 4:11 PM