About the blog and me

Welcome to The Speckled Hatchback! My name is Dorian Anderson, and I am avid birdwatcher, bird photographer, and generally curious amateur naturalist. I have been birding since age 7 (I am 40 as of January 2019), and in those years I have developed a deep appreciation for the natural world. This blog is my way of sharing that appreciation with you. I hope this blog is a fun place to hang out, read about birds and birding, have a few laughs, and maybe learn a few things in the process. The story behind the blog's name is at the end of this particular run of blather. 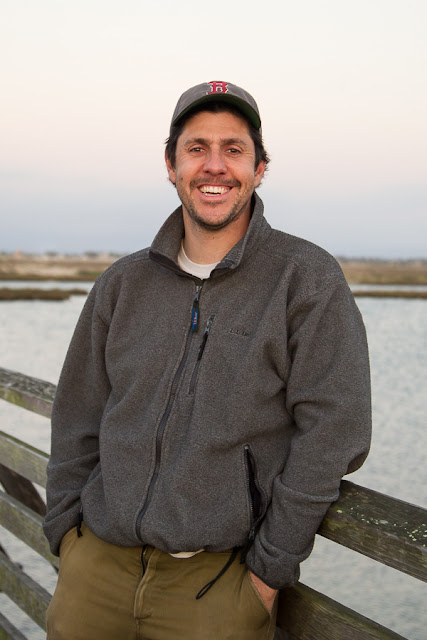 I have been interested in birds since a very young age. I grew up in Philadelphia, and spent much of my youth birding John Heinz NWR, Brigantine NWR, Cape May Point, Barnegat, Bombay Hook NWR, and other areas in the Delaware Valley region. I was fortunate to attend 4 of the youth birding camps run by Victor Emanuel Nature Tours between ages 12-15. These broadened my avian horizons and exposed me to the Western US and Mexico for the first time. Unfortunately, my birding interest was put on hold from ages 16-18 as I attended boarding school in Connecticut.

After high school, I headed west to California where I attended Stanford University. I studied Cell and Molecular Biology, and when not busy with coursework, research, ultimate frisbee, or getting hammered at frat parties, I managed to do at least some birding around the Bay Area. I became particularly interested in pelagic birding during these years as Monterey was just a few hours down the coast.

After graduating from Stanford, I attended New York University where I completed a Ph.D. in Developmental Genetics. Specifically, I studied how cells in the early embryo polarize and how this polarization event functions to control subsequent morphogenetic movements during gastrulation. You can read all about it here and here. Ironically, it was in the most urban of environments that my birding interest was rediscovered. Central Park and Jamaica Bay were easy train rides, and I started doing more bird-focused traveling around the country during those graduate years.

After NYU, I accepted a post-doctoral position at Massachusetts General Hospital and Harvard Medical School in Boston where I investigated the molecular mechanisms that control neural plasticity. Armed with a car (which I did not have in Manhattan), the birding interest grew exponentially. I also ventured into serious bird photography for the first time in April of 2010 and have been completely addicted ever since. You can see all of my work at my main photography website, Dorian Anderson Photography. Alternatively, you can check out my flickr site.

Frustrated with the pace of research and prospects of an overly academic career, I resigned my post-doctoral position at the end of 2014 to pursue my "Biking for Birds" eco-adventure. During that year, I bicycled 17,830 miles through 28 states, observed 618 species of birds, and raised ~$50,000 for bird conservation. The entire 365-day project was petroleum-free as I used only the bike, and my feet for transportation. Here is my blog from that project: http://bikingforbirds.blogspot.com.

My wife (Sonia) and I moved to Los Angeles at the conclusion of that adventure. It is now January 2017, and our time in LA is coming to a close. We will be moving to San Francisco in May, so please stay tuned for all future adventures!

The blog's name, The Speckled Hatchback, derives from a childhood experience. As a pre-teen, I played on a local ice hockey team. One day the guys were giving me a hard but good-natured ribbing. My friend, RP Urban, joked, "I mean what do you do when you go birding? Go out into the woods and just wait for the Speckled Hatchback to start peeping?" With this statement RP created an imaginary, but completely believable bird name that has stuck with me ever since. Although it is purely fictional, the Speckled Hatchback for me represents some mythical bird that I or some other birdwatcher might one day finally glimpse. Beyond birding, the Speckled Hatchback is a metaphor for anything that a person might be searching, whether that be as tangible as a bird or as abstract as the purpose of one's life. Yeah, maybe it's a bit hokey, but that's the story and what it means to me.