No, I'm not retiring from the glory-sport that is bike-birding, but I will be vacating the Bay Area for the next 10 months. Airbnb is permitting Sonia to work remotely through next September, and Tropical Birding will fly me from wherever I am to wherever my tours run. So, with that flexibility, we've decided to rent our apartment and hit the road! We're going to Chile for all of December, and we're planning to spend the remaining winter in CA, NV, AZ, and NM once we've returned. We've not visited OK or AR, so we'll hit those states en route towards LA, hopefully in early-April. From the bayou, we'll follow the Mississippi River north through May. We'll explore Ontario and Quebec in June and July, and we're planning on camping in Norway, Finland, and Sweden in August before returning to the US, picking-up the car in Philly, and recrossing the country in September. Throw my tour schedule (TX, FL, NC, MA, WY, Newfoundland) on top of that plan, and it's going to be a very hectic year. I'm optimistic we'll have room for my bicycle on the US and Canadian legs, but there should be plenty of blog material regardless!

Given the necessary preparations ahead of our departure, bike-birding has recently been curtailed. I did, however, put a pause on planning to pursue a Gray Catbird (GRCA) which was found in the San Francisco Botanical Garden on November 1st. I'd missed the mostly-Eastern species (range map below) on two different occasions -- once in San Francisco's Presidio in September of 2018 and again Half Moon Bay in August of 2019 -- so I was keen to avoid a third strike when I mounted up on the morning of November 4th.

The 19.5-mile ride to the Golden Gate Park was painless (~85 mins). Half-a-dozen birders hadn't observed the bird by my arrival, so I settled into the search for the next hour. And then another. And then another. Nancy Palmer caught a glimpse of something promising as the fourth hour arrived, but it took another 30 minutes before a clearer view confirmed her initial suspicion, the bird finally perching in the open for all to see. It was a great 'get' given that I was ready to fold the search five minutes earlier! 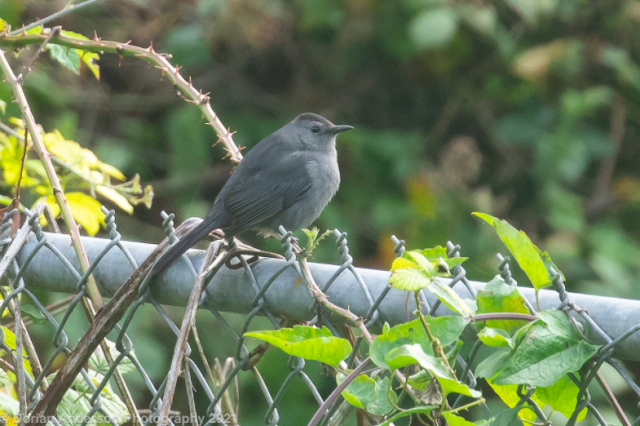 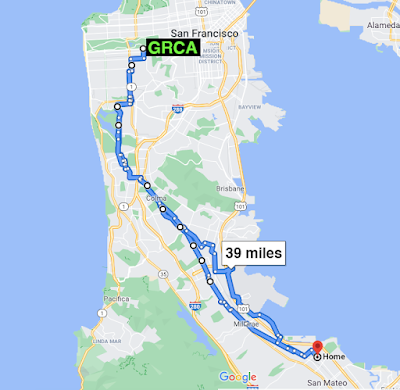 The ride avenged my previous misses on this species and wrapped-up my Bay Area biking with a savory victory. I'll miss my adopted home these next ten months, but I know there will be plenty of biking and birding when we return next fall.

OK, enough. More from the road in the near future. Cheers!
Posted by Dorian Anderson at 9:44 PM