The stream of interesting migrants continues! I've been out on the bike a fair amount lately, and I'll use this entry to highlight a few birds I've intersected since my last post. Let's get rolling....

Canada Warbler (CAWA) is an eastern species which occurs in California as a rare migrant, usually in fall (range map below). Beyond a would-be addition to my Bay Area Bike List, CAWA would be a state bird for me because I'd not intersected it anywhere in California -- by bike or by car -- since moving from Boston in April of 2015. That as a backdrop, I sprung into action when Aaron Maizlish reported one at the Colma Creek mouth on the San Mateo bayshore on September 14. The report came in 2.5 hours after the original sighting, and I wasn't optimistic about relocating the bird given the huge wind which had materialized in the interim. I saddled-up regardless and -- to my surprise -- relocated the bird after a ten minute search. Other birders arrived a bit later, and the subject showed well through the afternoon and the next day. It was the first CAWA reported in the county since 2014, so it was well-received by all. 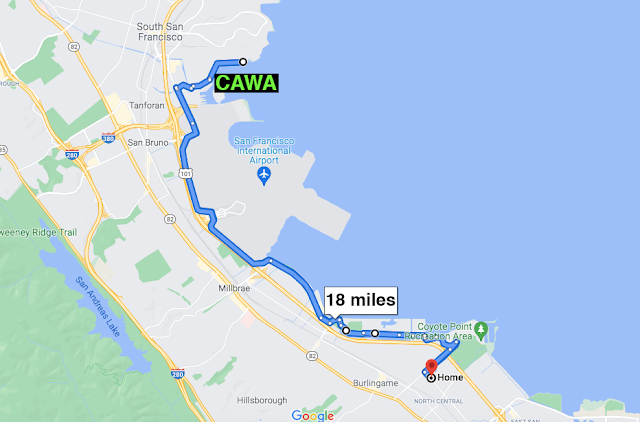 While I was looking at the Colma CAWA, Noah Arthur found another in the San Francisco Botanical Garden. I didn't have the time to continue to SF for that second bird, but I caught up with it two days later, on September 16th (SF Bike Bird #248. No photo, sorry). So, after seeing zero CAWAs in California across six years, I saw two by bike in the span of three days. I think it was karma since I decided not to drive for a cooperative CAWA in Contra Costa County the previous week. 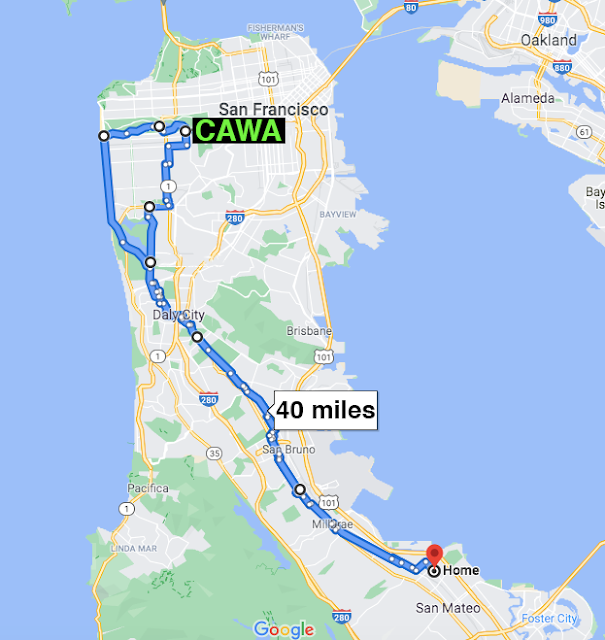 I hadn't birded the Colma Creek mouth prior to my CAWA visit, and I decided to return on September 24th since I liked what I saw the first time around. There's a lot of fennel along that stretch of bayshore, and I was hopeful I could find some interesting migrants. When I didn't find much beyond White-crowned Sparrows, Black Phoebes, Bushtits, I continued to the adjacent mudflats where I took a quick binocular scan of the various shorebirds.

What the hell is that? Could it be a Ruff ? No way - they're hella rare around here.

I jumped off the bike, fished out my the scope, and threw it onto the tripod, my subsequent view to the bird confirming my Ruff suspicion! I snapped a few digiscope pics, but the bird vanished while I was posting it to the Telegram group and list server. Fortunately, I relocated it from another vantage half an hour later, and at least one other person arrived in time to see it. Ruff is a great find for San Mateo -- there are only a handful of county records -- but it wasn't a Bay Area Bike Bird since I observed one in Santa Clara at Don Edwards on November 3, 2018. 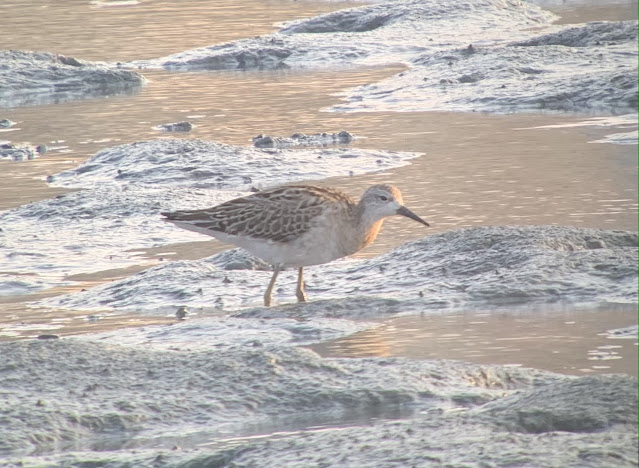 That's it for now. More to come in the next few weeks. Cheers!
Posted by Dorian Anderson at 10:09 PM