Well, without my childhood Philadelphia Phillies or my adopted Boston Red Sox in playoff contention this fall, it's been a steady diet of migration through September and into October. We've had a some nice surprises on the peninsula, and this quick post will highlight three I've intersected on my bicycle.

I've poached a lot of previously found/reported birds in the last few months, so it was nice to find my own Lucy's Warbler at Coyote Point on September 9th. eBird reveals 1 to 2 Bay Area sightings a year for the last ten, almost all between September and February, so the species is rare but regular around here. The last San Mateo County record was from February of 2017 (I was still living in LA), and I intersected my Bay Area bike-first at a Lake Merced stakeout in San Francisco in December of that year. So, the Coyote Point bird wasn't new for my cumulative Bay Area bike list but was new for the San Mateo County subset of that project (#261). Can't argue with convenience..... 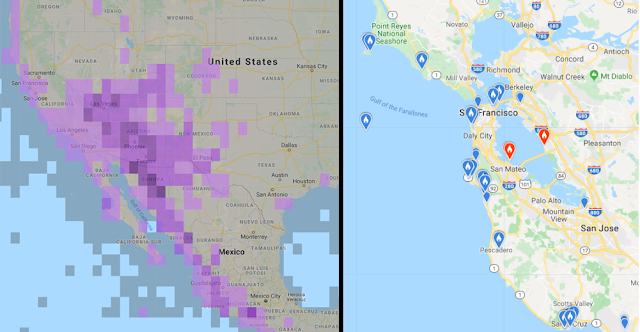 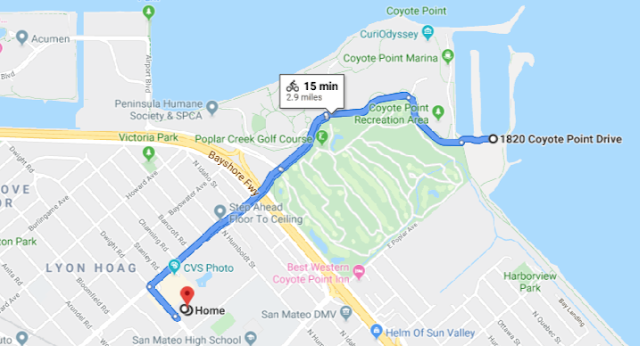 Coyote Point delivered again on September 22 when Ron Thorn found a Vermilion Flycatcher 50 feet from where I found the Lucy's. Another generally desert/southwestern species as far as the US is concerned, the bird appears in the Bay Area slightly less frequently than Lucy's Warbler. A cooperative adult male spent 8 weeks at Joseph Grant County Park east of San Jose between July and September, but I couldn't afford the overnight chase that individual would have required. I learned about the more convenient Coyote Point bird fifteen minutes after its discovery, and my understanding wife granted me a stay on chores while I tried for it. ('Understanding' is probably the understatement of the century given that she let me ride away for a year in 2014.) I relocated the bird near its discovery point moments after arriving, clicked a quick record shot, and raced home 10 minutes later. It was a shameless tick-and-run, but that's what circumstances dictated.

I'll move from San Mateo to San Francisco for the final bird of this installment. Yellow-green Vireo is a Mexican and Central America species which is rare but regular along the California Coast; between 0 and 3 individuals have been eBirded from the Bay Area each of the last ten falls. A Golden Gate Park representative was discovered on Friday, September 27th and remained until Monday the 30th when I was able to catch up with it near Stow Lake. The vireo is one of only a handful of ABA coded birds I've observed from my bike in the Bay Area - Tufted Duck (3), Red-footed Booby (4, discounting Hawaii), Ruff (3) Dusky Warbler (4) - so it was really nice to add it after the 3-day delay. Interestingly, the only other time I've observed this species was in San Diego during my 2014 bicycle Big Year. So, yeah, there's that useless bit of trivia. 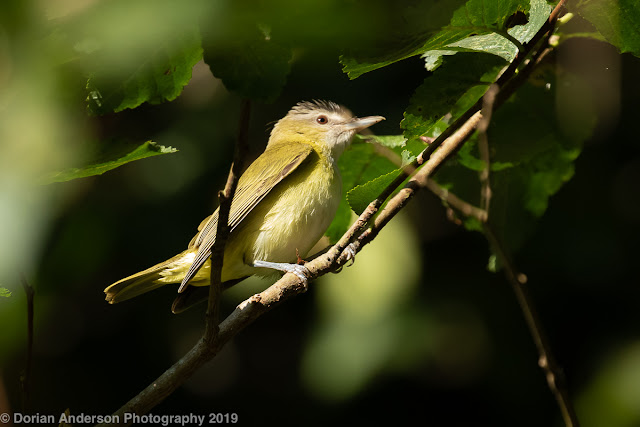 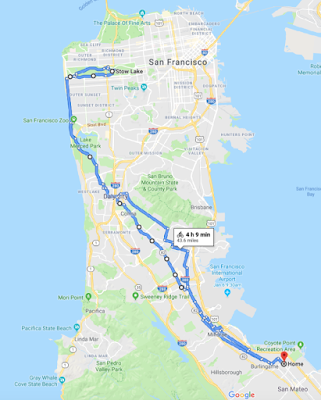 And since I've offered only crappy records shots, here's a proper frame to end. Cheers..... 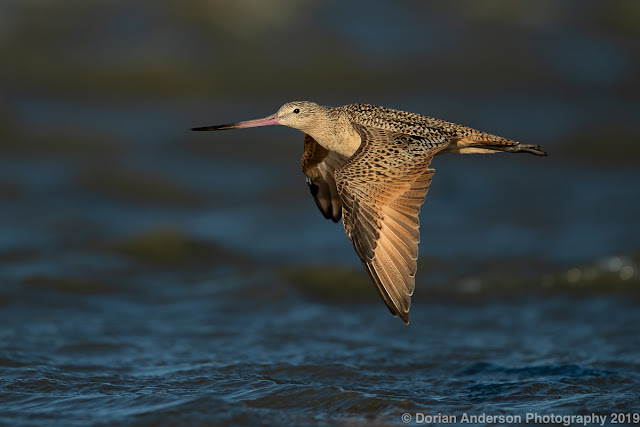 Posted by Dorian Anderson at 8:48 PM