The following is quick recount of some of my recent adventures in bike-birding. I've been a bit of a message board vulture lately, so I need to find some good birds to redeem all the stuff I've been poaching! Anyway, on with the show.....

On June 6, there were two would-be new birds for my Bay Area bike list in the South Bay, a five-day-staying Indigo Bunting at the Stanford Dish and a day-before-discovered Eastern Bell's Vireo at Don Edwards in Alviso. My plan was ride south to Stanford, look for the bunting, and monitor the list-server to see if the vireo had overnighted. If it had - and I'd managed to find the bunting - I'd continue south to Alviso to look for it. That trajectory (map) was 64 miles and would require about 4.5 hours of riding. However, northwestern gales would build through the morning, so the longer it took me to find the bunting, the harder the return leg from Alviso would become.


The most direct path to the bunting and the vireo - 64 miles. 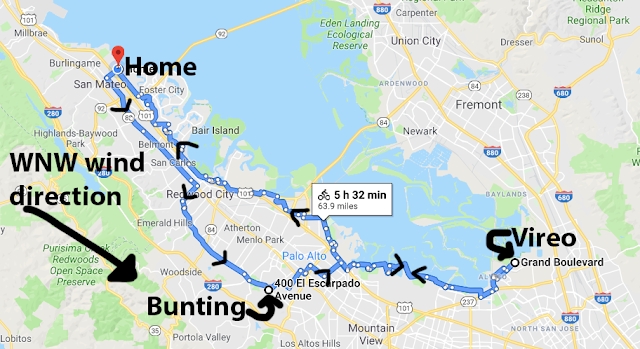 I left San Mateo at 6:30am, arrived at Stanford at 7:30, and found the bunting 8:30. With no reports of the vireo, I birded the dish to kill time and wait for news. Receiving none by 9:30, I rolled over to Shoreline and slowly birded my way north along the under the assumption the vireo was gone. Just before rejoined streets in East Palo Alto at 11:30, I checked the message board one last time. Wouldn't ya know? The vireo had just been reported! Worse, it had been present all morning! Had I immediately departed Stanford for Alviso I could have collected the bird and been nearly home by the time I received word of it. The problem is that it's really difficult for me to commit to a chase without knowledge - or at least suggestion - the sought bird is present because riding is so demanding and time consuming. I can't casually investigate as can folks in cars because getting anywhere is such a big production. 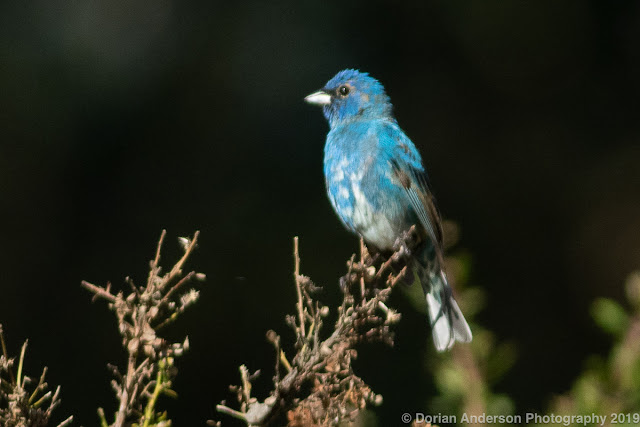 Given the new information, I faced a difficult decision: return home without the vireo (mentally painfully) or turn around, retrace my tracks to Shoreline, continue to Alviso, tick the vireo, and then battle vicious headwinds all the way home (physically painful). I knew folding such a great Bay Area bird would bother me forever, so I activated Beast Mode and headed south.

Bell's Vireo sightings in the Bay Area and beyond -
there aren't many, at least in eBird. 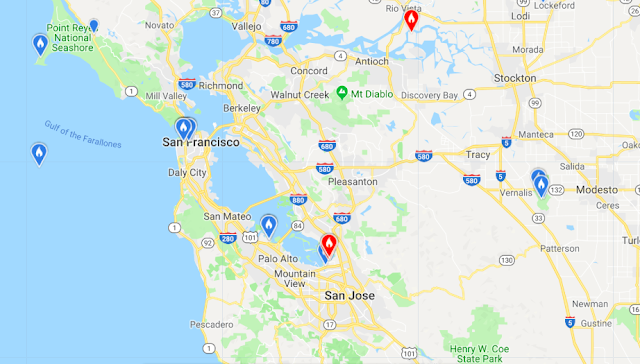 "I'm just chasing the vireo so I don't get fined" 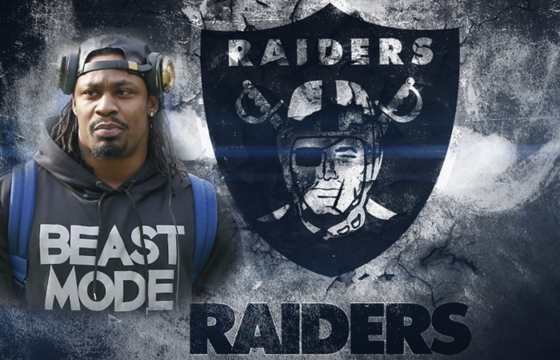 With a decent WNW breeze behind me, into only took me an hour to reach Alviso from my East Palo Alto turn-around point. I heard the vireo calling as soon as I arrived, and I had eyes on it within 5 minutes. In traditional Bell's fashion, it preferred tangled foliage, so it took another 20 minutes to obtain an identifiable photo. As soon as I did, I remounted and began the long ride home. 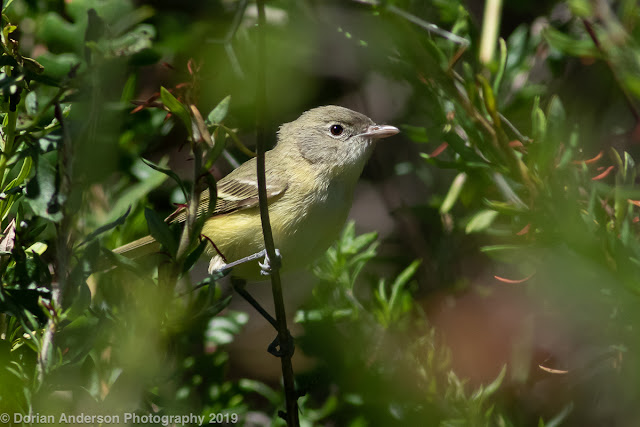 The slog was as rough as I imagined, particularly the southern/eastern half on the bayshore where I was exposed to the full force of the wind. I ducked into the neighborhoods at Shoreline, a strategy partially mitigating the breeze but subjecting me to traffic and lights in exchange. My return ultimately required 3 hours of riding, 50% longer than usual. I managed but was mostly incapacitated the following day. It was totally worth it for such a good Bay Area bird!

The path that actually transpired. The wind was
blowing at a steady 15 MPH the whole return - ouch. 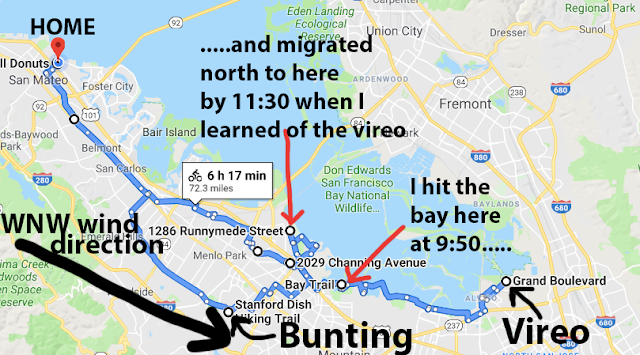 And since I've been presenting birds in groups of three for my last few posts, I'll throw in this American Redstart I poached in McLaren Park. Reported mid-morning on June 11th and just over an ride hour from my house, this bird was a no-brainer, even in the sweltering temperatures! 75 mins out, 45 mins to find the bird, and 60 mins home - easy! 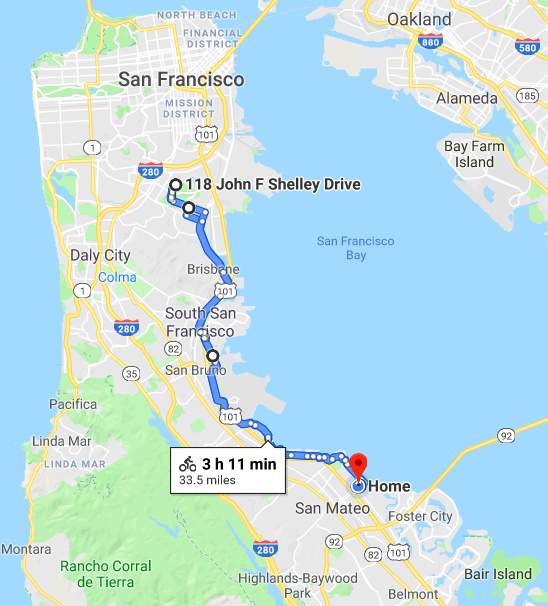 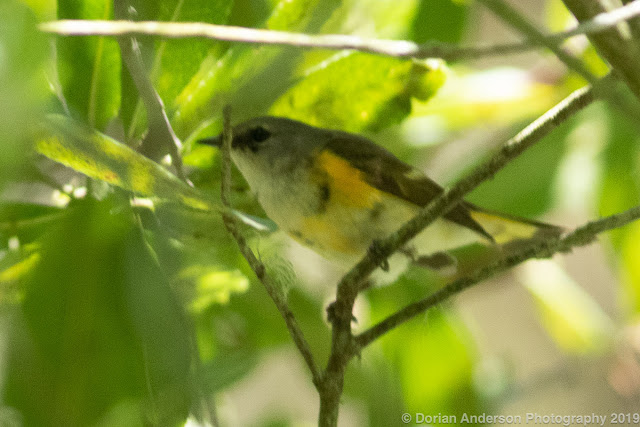 OK, that's it. I'm off to Colombia for 3 weeks on Friday, so this will be the last post for a while. Cheers!
Posted by Dorian Anderson at 10:09 PM