How the heck did I not write for the last month? So sorry, but I'm back now. Let's get going!

As each new spring arrives, birders reacquaint themselves with northbound migrants that spent the winter at more southerly latitudes. When I lived in the Northeastern US, Eastern Phoebes and American Woodcocks were always the first spring arrivals, and now that I'm in California Hooded Orioles and Wilson's Warblers are the annual pioneers. With that influx of migrants on top of lingering wintering species, species diversity is usually highest in spring in many places across North America. And those circumstances invite the one of the most entertaining sorts of bird projects - Big Days! I have never actually been involved in a Big Day, so it's only fitting that my first will be a bicycle-based effort here in the Bay Area with bicycle Big Day gurus Rob Furrow and Josiah Clark at the end of this month. 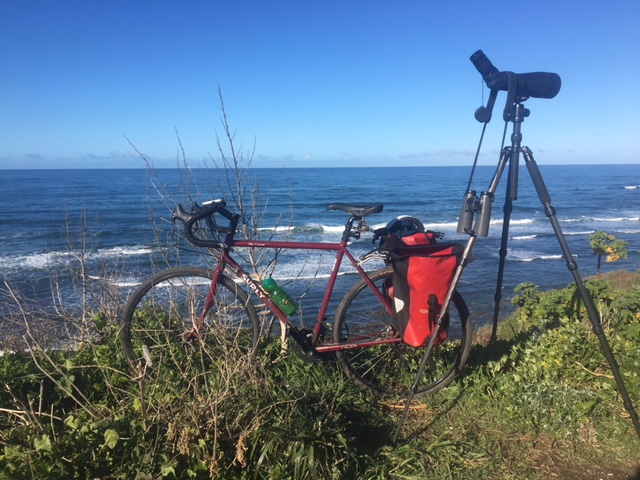 Rob and Josiah have been doing this for a number of years and have painstakingly optimized the route over that time. This year we are going to ride a permutation of their 2015 route along which they amassed an incredible 187 species. We will start high enough on the Pacific side of the coastal mountains to collect predawn owls. We'll then head down to Pillar Point for dawn migrants, harbor birds, and seabirds. From there it will be over the coastal mountains, hopefully collecting a few finches en route. After descending we'll hit the bayshore for shorebirds and waterfowl before continuing beyond the bay and gain a bit of elevation into hotter, drier habitat in the late afternoon. As the sun sets we'll head back down to the bayshore to search for Black Rail and a few other nocturnal birds. As mapped, the route will be ~85 miles with around 4,000 feet of total climbing, but it'll probably be closer to 95-100 miles once we drop back down to the bay for the night. We'd love to find 190 species, but that will certainly take some luck!


Street view of the route. Mileage indicated every 5 miles.

Satellite/Topo view of the route

The trick with any Big Day, bicycle or other, is to visit at many different habitats as possible without spending too much time in any one of them. It's therefore important to have a premeditated idea/timetable of how much time should be spent in each habitat. Big Days are infinitely more time sensitive than are Big Years, so that will be a bit of an adjustment for me given my 2014 Big Year experience. Ron and Josiah have worked all this out, so I'll just move whenever they tell me to!

I've cycled more than 90-100 miles in a day many times but usually in big chucks with just a few breaks along the way. We'll be doing a lot of starting and stopping, so it might be tough to get into a good rhythm along this route. I'm in decent (but not great) cycling shape right now, so I think I'll be able to manage it regardless. I'm actually more curious about how I'll maintain birding focus since I've never done any sort of Big Day before, but I'm sure Rob and Josiah will keep me on track. It will also be really interesting to see what effect my extra pair of eyes will have, particularly along the coast where scanning massive amounts of open water is the most likely way to add additional and oddball birds.

So, that's a very general idea of how we expect out bicycle Big Day to unfold. Right now we are hoping to make April 23 the day, but some of that will depend on wind and weather. April 30 is also an option, but that's a bit later than ideal as we're cutting it close on lingering waterfowl anyway. I'm hoping to take a few videos at points along our route, and if I can manage that I'll be sure to share them in the blogpost that will recap our efforts. Please stay tuned!

And since we need at least one bird photo...... 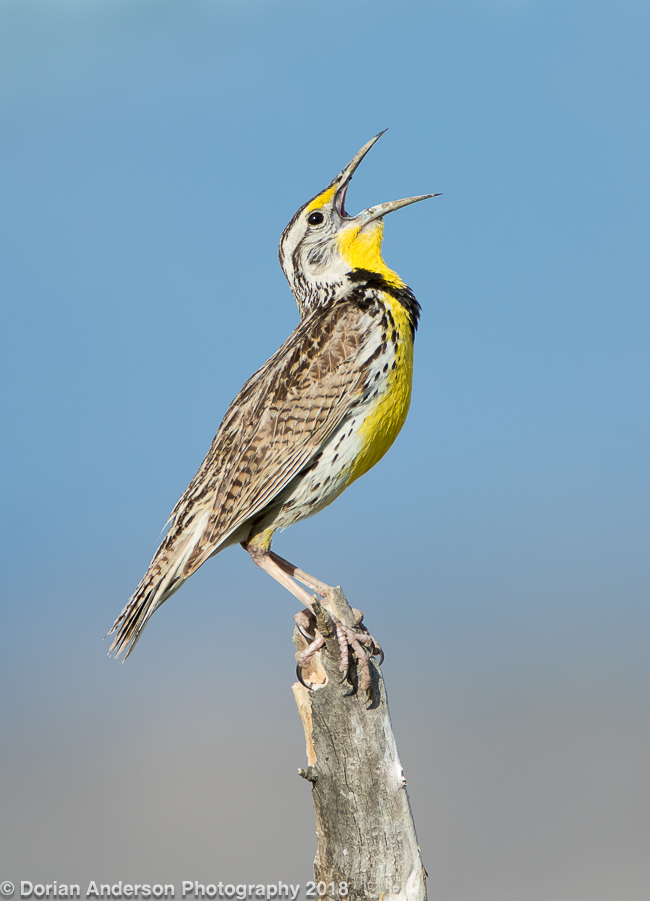 Posted by Dorian Anderson at 6:57 PM