With my Bay Area bike list sitting 3 species shy of 300, I was stoked to learn about William Legge's discovery of a Tricolored Heron at Rodeo Lagoon in Marin County on November 10. There are only 3-4 eBird records from Northern California, the most recent from Point Reyes in 1996, so the regionally-rare bird would be a fantastic addition to my self-powered collection. There was, however, a major barrier to any pursuit.

Knowing I'd be at the Rio Grande Valley Birding Festival from November 5-10 and visiting my family in Philadelphia from November 14-19, I'd surrendered my painfully-neglected bicycle for major repairs before I left for Texas (on the 4th) on the understanding the overhaul would be complete by the time I returned from Philly (on the 19th). Though conceding the three usable days between the trips (11th, 12th, 13th) seemed a pittance against the guarantee of losing the bike for two solid weeks at a later time, the vagrant heron gave me the big fat middle finger by staying at Rodeo through those days. Adding insult to injury was the continued presence of Kevin Gin's coincidently-discovered Plumbeous Vireo in Santa Clara County. Like the Tricolored, the would-be-new-Bay-Area-bike-Plumbeous would need to stay until the 20th for me to have a crack at it. Needless to say, I was not optimistic about my chances to add either bird as I boarded my flight to Philly on the 14th. 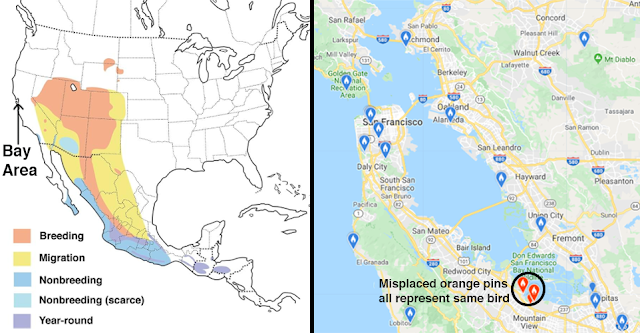 I monitored online reports of both vagrants from Philadelphia. Sightings of the Plumbeous ceased after the 17th, but those of the Tricolored continued through my travel day on the 19th, circumstances suggesting I prioritize that bird at my first chase opportunity on the 20th. Because I am a total dork, I also kept tabs on the San Francisco Red-footed Booby (November 8th, Peter Winch). That bird was also present through the 19th, so I swung through the city to tick it before continuing over the Golden Gate and into Marin for the heron. Red-footed Booby was not a Bay Area bike bird because I saw the Half Moon Bay individual in November 2017, but it was an SF County bike bird (#188).

Great day for a ride 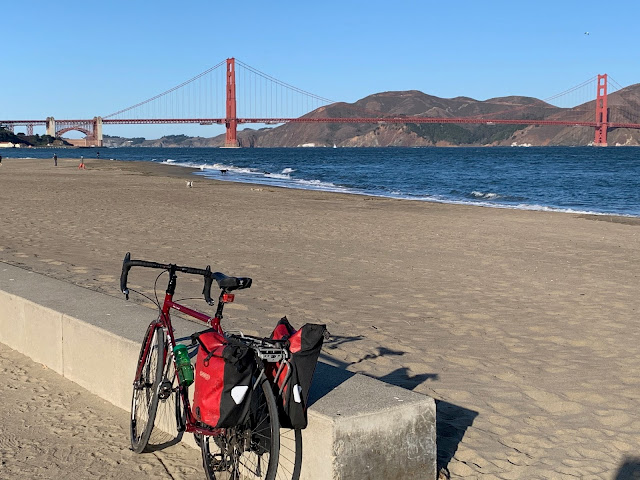 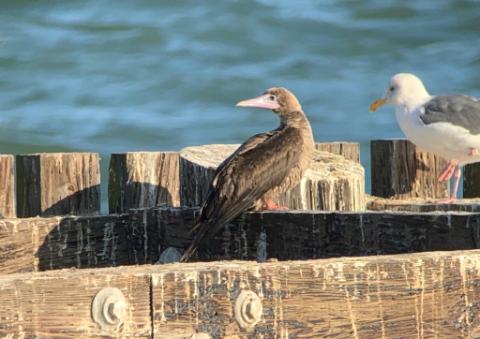 Once at over the bridge, I descended to Rodeo Lagoon where the heron materialized right on schedule! 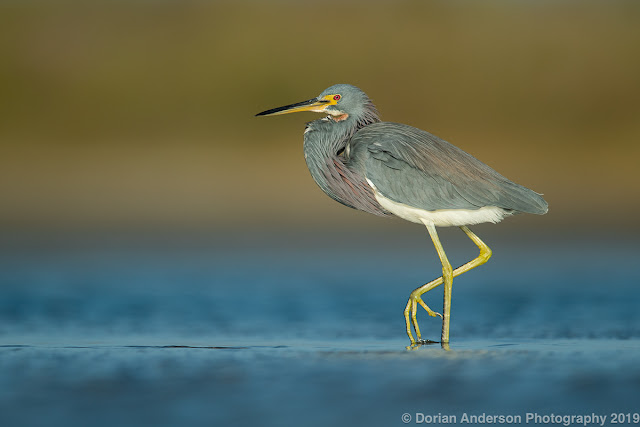 Sadly, we all know people who've tried to pass photos of one individual bird as another, but I'm not gonna play you like that. This photo was taken on November 9th in Texas, my time at Rodeo on the 20th yielding no whiff of the Tricolored despite its presence for the previous ten days. It was a painful miss, but I was due for disappointment after a very lucky fall. At least I found a use for this otherwise random photo. The low angle in the above shot should be a dead giveaway its not from the Bay Area; its virtually impossible to get into the water/habitat around here to take good pictures of waders.

BUT WAIT! THERE'S MORE! Though the Tricolored wasn't reported on the 20th, 21st, or 22nd, two independent reports on the 23rd prompted a second attempt on the 24th. And you know what? I missed it on that day too. I'd like to say I wouldn't bother chasing this bird again if it resurfaced, but I know I'd have a hard time ignoring it. I don't rarely chronicle misses - fortunately there haven't been that many - but I thought this instance absurd enough to mention. All this bike-birding nonsense keeps me in shape if nothing else. 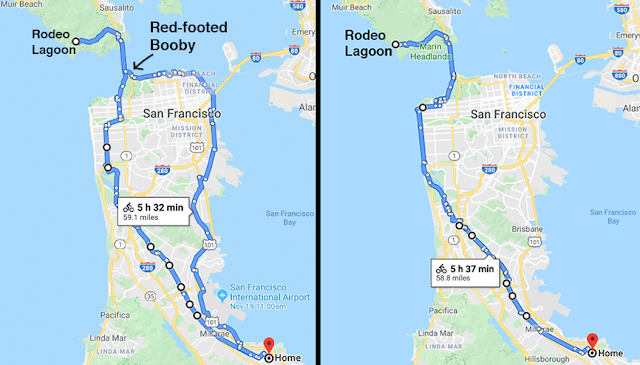 OK, but what about the Plumbeous? Well, that bird kinda fell of my radar in the wake of the time and energy I'd invested into the missed Tricolored, but a renewed spate of sightings between November 28 and December 4th prompted a much-delayed attempt at the long-staying bird on December 5th. I intersected the singing bird after an hour search, it offering great views foraged at eye-level in the parking lot adjacent to the area it had frequented for the previous 3 weeks. 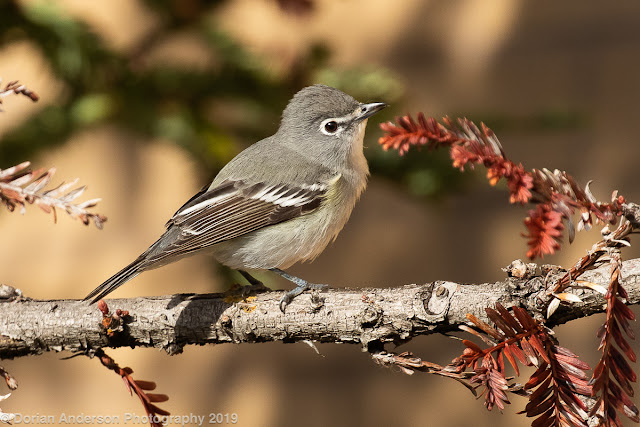 And because I'm now full-blown county lister - albeit with very limited self-powered reach - I detoured into the foothills and Pearson-Arastradero on my return to add a few more Santa Clara species, Ring-necked Duck, Hooded Merganser, and Purple Finch among them. Santa Clara bike list now at 184. 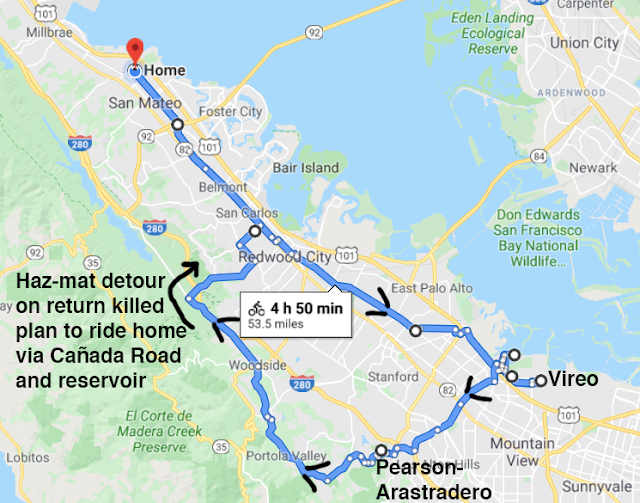 That's it for now. I'm hoping to crank out one more post before I leave for Thailand on the 18th, so please stay tuned for that. Enjoy the start of CBC season in the meantime!
Posted by Dorian Anderson at 7:19 AM