I'm going to keep this short since I am prepping for an Ecuador trip that begins on Saturday! As I will be there through the end of the year, this will represent the last entry for 2017. Thanks for hanging in there with me through the third year of this blog. It's as much a personal birding journal as anything else, but hopefully some of you have found something interesting or entertaining to keep you coming back. Ecuador entries will materialize when I return, so please stay tuned for those. I should also, as I've done for the last two years, present my photographic highlights of the year, this being my most photographically productive ever. But for now, it's back to to the bicycle.

I last wrote about bike-birding two months ago, on October 9, just after I had added Dusky Warbler for San Mateo County bike bird #180. Since then I've added another 26 species to reach 206 for my home county, the most notable additions since last time being Red-footed Booby (2nd county record) and LeConte's Sparrow (1st county record), both in Half Moon Bay. Though I alluded to it in that last bike-birding post, I should state here that I have actually created a bike-specific eBird account for myself. I have had a ton of fun with it, most specifically using eBird's "Explore Data" feature to see what species I still need to grow my San Mateo bike-birding list. I use the data generated from that feature to plan my rides each week.

Additions to my San Mateo County Bike
list since Dusky Warbler on Oct 9, 2017.

Red-Footed Booby, Half Moon Bay, CA
*This was taken from my kayak a few days
after I added the bird for my bike list. 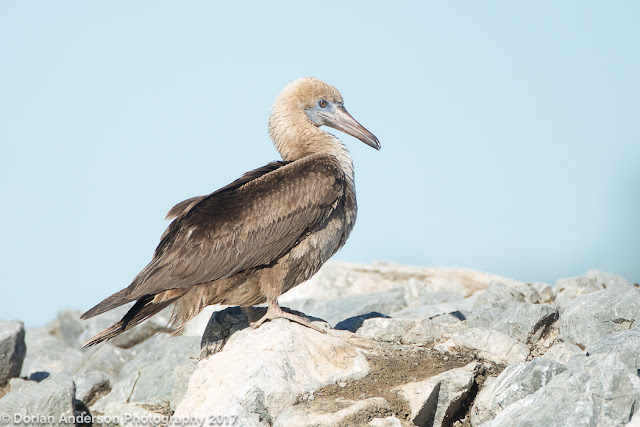 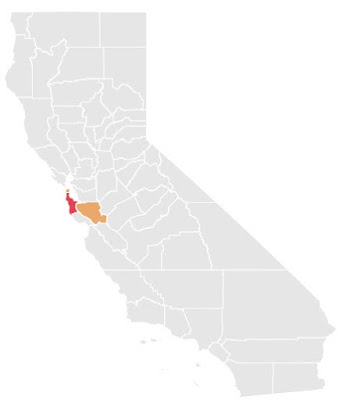 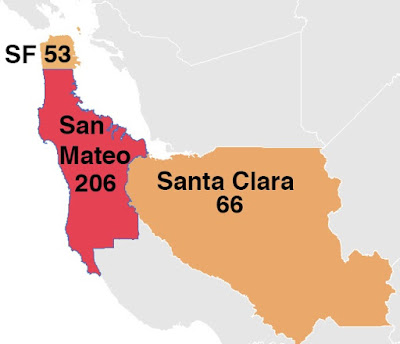 It's pretty clear that I've focused on San Mateo, but I have ventured into neighboring counties a few times. For reference, it's 19 riding miles from my house to Lake Merced at the southern end of San Francisco County. Going the opposite direction, it's 17 riding miles to reach Palo Alto at the northeastern corner of Santa Clara County. What that means is that it's a non-trivial amount off riding (30-40 miles) just to reach and return from those neighboring counties. I plan to spend more time exploring San Francisco and Santa Clara Counties moving forward, particularly as the days lengthen and I can get more birding time for the same amount of riding. I have also discovered that I can legally ride over the Dumbarton Bridge to reach the extreme southwestern corner of Alameda County on the other side of the bay. That's ~23 miles each way, so that's 46 just to reach and return from Alameda. As I ride about 14 miles an hour, that's 3+ hours of cranking. So, I gotta make that ride count!

What I hope this shows is just how much more challenging - and in my admittedly isolated, minority opinion - interesting local/county listing becomes when the bicycle is substituted for the car. I have basically given up local birding in the car as it is no longer satisfying. I really like the physical challenge that the bike presents, and I actually enjoy the increased logistics that come along with it. Today I went to Half Moon Bay (32 miles, 2000 feet of vertical climbing for the round trip) to try for Orchard Oriole and missed. I hardly cared though as I spent no money on gas, burned no fossil fuels, and got a great workout anyway. 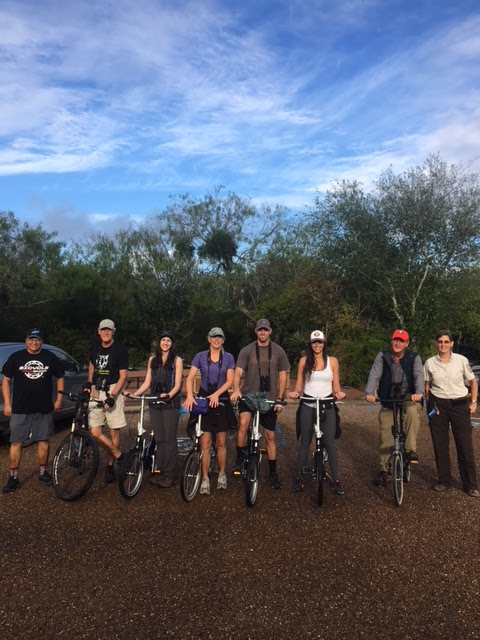 I'm not saying that we should all perpetually abandon cars in favor of bikes. Hell, I drove 3.5 hours to Santa Barbara two weeks ago to tick a Garganey that may or may not count towards my ABA list, and I almost always drive when I'm hauling my photography gear to and from shooting locations. But I do think that we birders should rethink the relative weight we place on local/county lists as generated through petroleum-powered means, particularly as much of that local/county birding can be done by bike instead. I totally understand that the bike isn't for everyone, but it should be possible for the community to deploy it more than the very little that we do now. It's a low-cost, healthy, environmentally-friendly, and challenging alternative to driving. It's also a hellava lot more satisfying and immeasurably more interesting than just sitting behind the wheel. But that's me. I curious what others think.
Posted by Dorian Anderson at 10:59 PM