Good news - my thumb is on the mend! It's still tender, but I can grip stuff and generally function as usual. I was able to resume biking this week, so stayed tuned for recaps of those rides.

I'll also point you towards my Top Photos of 2020. 19 of the 20 were captured in California - the Sandhill Crane is from New Mexico - and I'm stoked that every shot was an authentic, in-the-field result. Shooting baited birds at established set-ups is fun, but I find it more satisfying to study behavior and stalk birds in their natural environments. Getting down an dirty is always fun too.

OK, let's dive into the ducks. I'll start with this male Common Goldeneye. I was fortunate to have close photographic opportunity at a confiding female in Golden Gate Park two years ago, but I was missing comparable images of males - until this encounter. All it took was laying down on the edge of a local lake and waiting an hour for this beautiful example to swim within range. I whistled at him so that he'd turn his head a bit, but my plan backfired and he dove underwater just after I captured this image. They're so skittish. 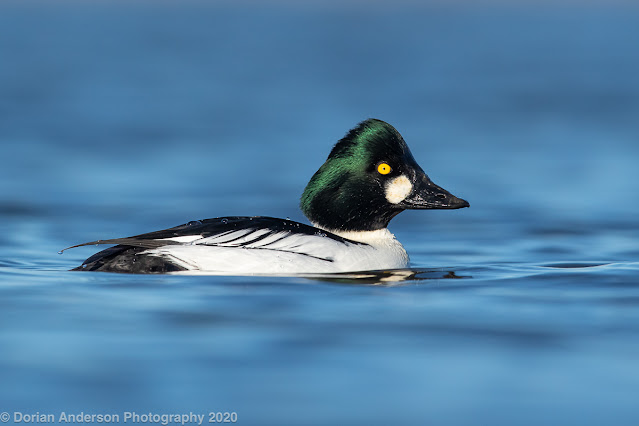 Next up is Canvasback, a species I've wanted to photograph for years. The flocks which winter on San Francisco Bay are always out of range, so I was grateful when a friend pointed me towards Alondra Park in Lawndale (in the LA sprawl). The twenty-some birds at that traditional winter haunt were very approachable, presumably because of the constant presence of fisherman and joggers, and I captured a nice panel of frames during my morning with them. The different water colors result from shooting against varied refections of foliage on the far shore of the lake. Beware - there was loads of goose crap around the pond, so wear crappy clothes if you wanna get low. 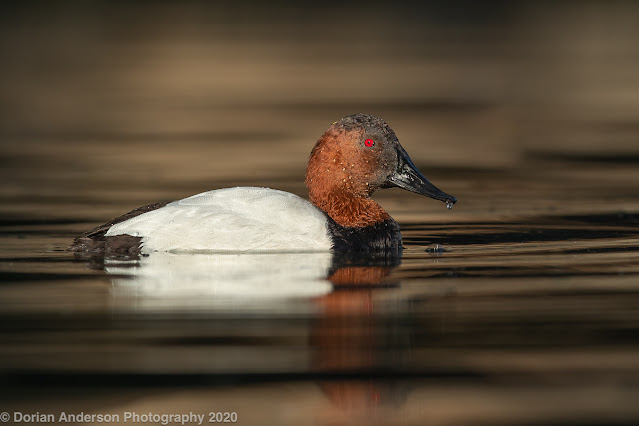 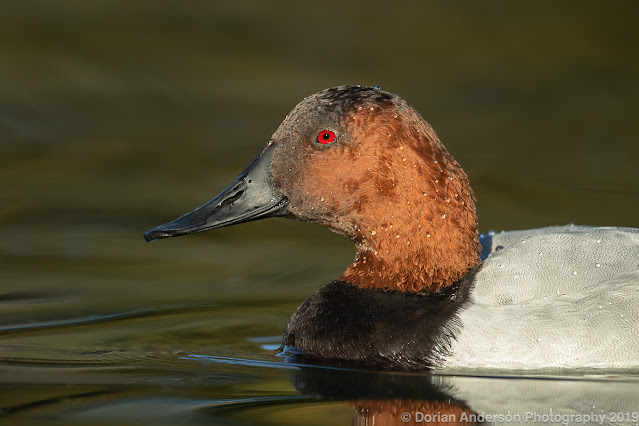 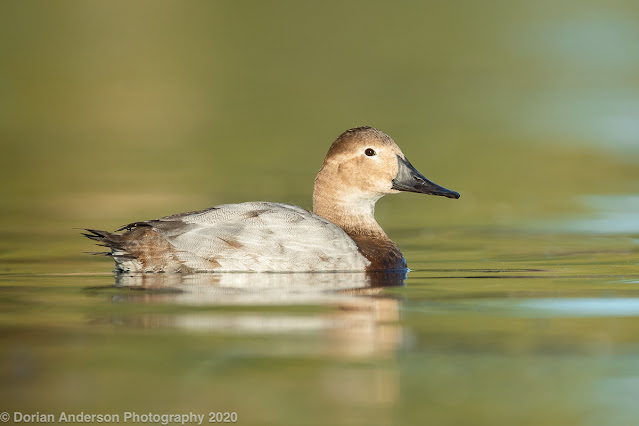 Apparently jealous of the attention I was showering on the Canvasbacks, this male Lesser Scaup decided to crash our shoot. He looks ready for his close-up, right? What a diva! 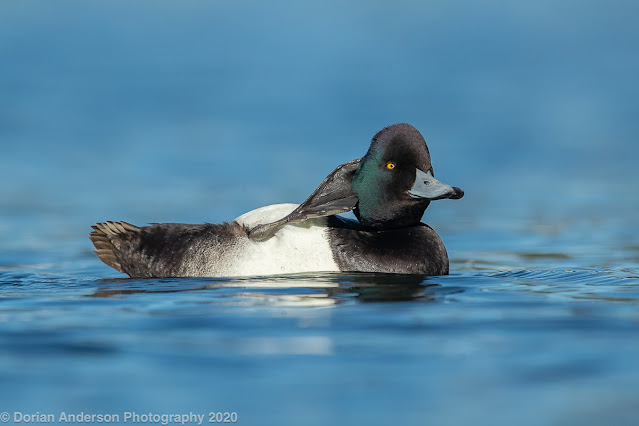 Last is this Bufflehead I photographed at Shoreline Lake in Mountain View. Female waterfowl don't get as much photographic attention as their male counterparts, so I was really happy when this lady surfaced in these dreamy surrounds. I'm glad I held onto the feather detail in her creamy ear patch; it's very east to overexpose that characteristic field mark against the surrounding brown, especially in bright sunlight. 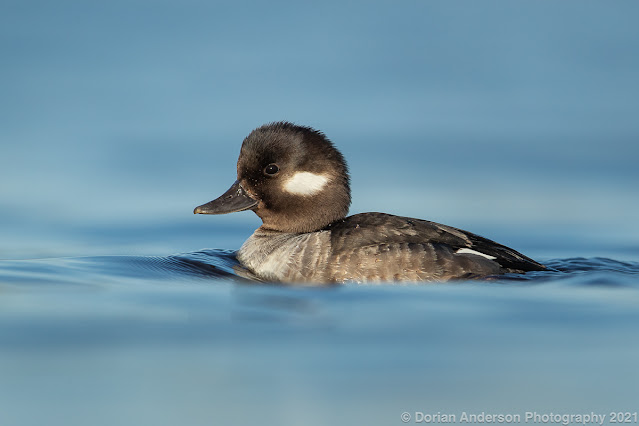 That's it for now. I'll try to post again next week, assuming the country doesn't burn to the ground on January 20th.
Posted by Dorian Anderson at 7:20 AM