I'd like to apologize for withholding the bike-birding goodness I dispensed through spring and early-summer. Production took a bit of hit after my Bar-tailed Godwit triumph because I was traveling and moving, but I've been able to crank out a fresh batch by cobbling together some late-summer highlights. Please use sparingly; otherwise you might find yourself pedaling great distances in search of birds! 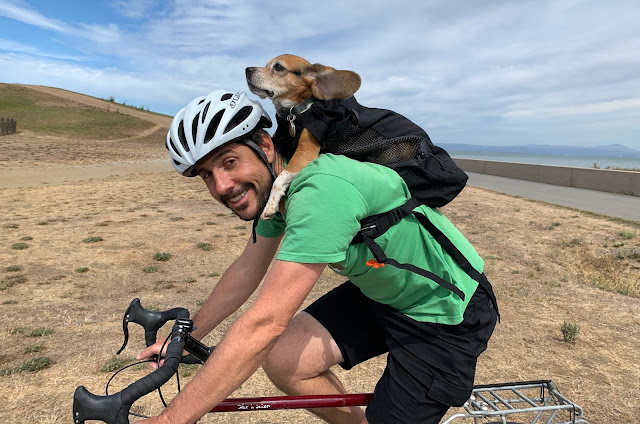 Anyway, let's start with Semipalmated Sandpiper (SESA), a mostly central and eastern shorebird which puts in regular fall cameos along the Pacific Coast. The bird is annual at the bottom of San Francisco Bay between late-July and mid-September, but rides in that direction are tough from San Mateo; it's ~60 miles round-trip and the return 30 are usually plagued by northwestern headwinds which gather through the day (recall my Bell's Vireo ass-kicking in June). Fortunately, Dominic Mosur found a SESA at Yosemite Slough in SF, a location just 17 miles north of my apartment (return ride with tailwind). The report came in late on July 23, and I wasn't able to try for it on either the 24th or 25th. However, a second sighting from late on the 25th suggested I make an attempt on the morning of the 26th. That proved a wise decision, and I found the bird foraging on the same shoreline from which the previous reports came. Fortunately, I had a better view of the bird before I took the fairly awful shot below. 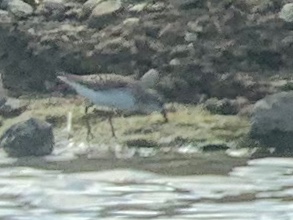 My 34-mile ride to Yosemite Slough for Semipalmated Sandpiper 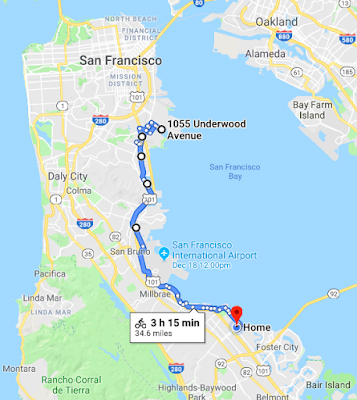 SESA claimed, I shifted my attention to Wilson's Phalarope (WIPH), another shorebird which visits San Francisco Bay between late-July and mid-September. Reports of dozens or hundreds of individuals from from Sunnyvale and Alviso are fairly common, and all it takes to find this bird is to make a concerted effort in those areas during the indicated season. I figured I'd search for WIPH while pursuing something more pressing, like SESA, but unusually light winds made July 28 ripe for a dedicated effort. I had no difficulty finding a group of 23 birds in Sunnyvale, and I took an extended detour on the way home to add Pygmy Nuthatch to my Santa Clara County bike list. I've fallen into the county bike-birding trap, but only for San Francisco, San Mateo (homebase), Santa Clara, and Alameda, at least for now. 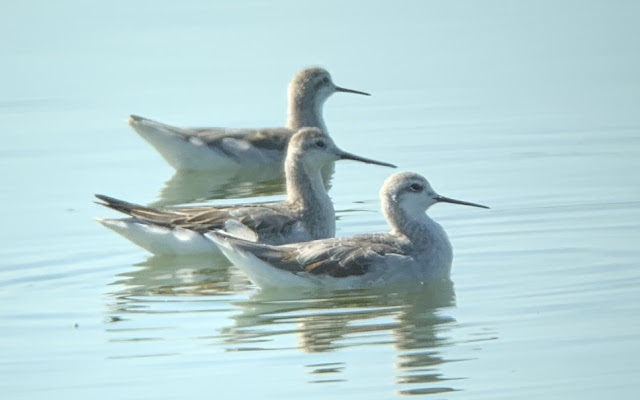 My 58-mile ride to Sunnyvale for Wilson's Phalarope 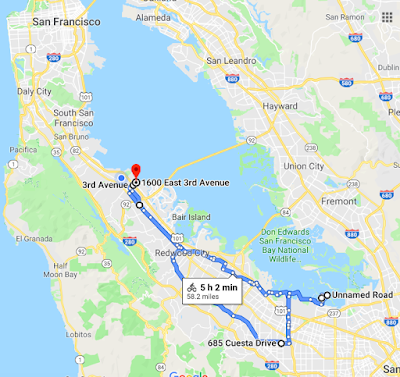 I'll round out this set with the Common Tern (COTE), an uncommon species here in the Bay Area. They're mostly likely to be encountered offshore on fall pelagics, but they occasionally grace the front beaches and SF bayshore. Ron Thorn noted a COTE at Coyote Point County Park on August 21, and I encountered what I assume was the same individual in the course of some general birding at the same site the following afternoon. Coyote Point is just 3/4 mile from my apartment, so it was really nice to add a 'free bird' after organizing and expending effort to ride for the previous two! 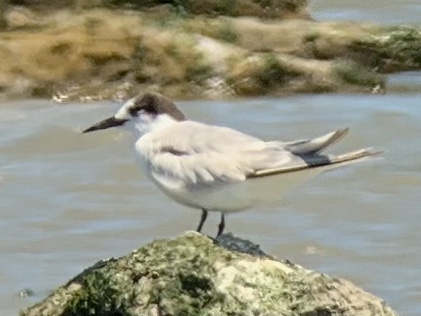 That's it for this installment. Fall is sure to deliver at least a few surprises, so I'll cook-up another update as birds materialize. Only 10 species more to reach 300 self-powered Bay Area birds!

Oh yeah, my favorite shorebird subjects have returned to SF Bay for the winter after their breeding absence. Here are two from the first September tide cycle at my local spot. The tides are only right 4 out of every 14 days, so it's a burst of shooting followed by a bunch of waiting. Second cycle hits Sept 28-31, so stay tuned for more.

Posted by Dorian Anderson at 3:57 PM